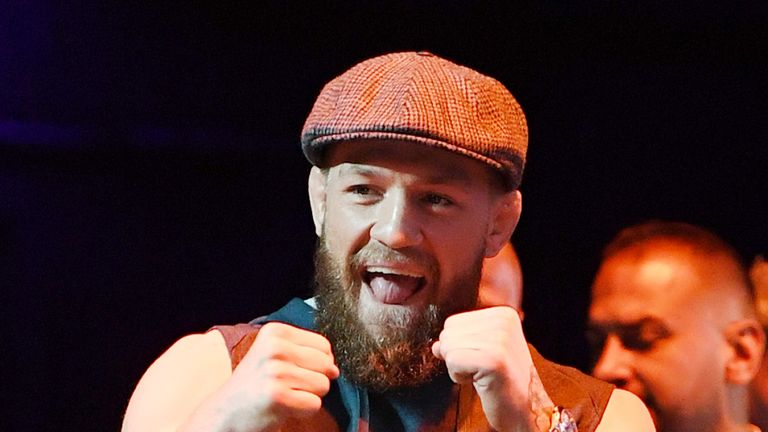 Conor McGregor has offered to give SmackDown women’s champion Becky Lynch some “back up” in her WWE battles.

Lynch’s recent change in on-screen character has drawn comparisons with fellow Dubliner McGregor; both speak about themselves in the third person and are highly confrontational in the dialogue they use.

The SmackDown star – who is arguably the hottest property in WWE right now – initially posted on Twitter: “The Man channels no one. (McGregor) & me are bonded as Irish brother & sister. But if I ever got within 2 miles of him I’d break that bond, and his arm, in three short seconds. I’d be too tempting; he’d completely understand too. Proper12 after.”

Call me when you need Proper back up.

Which led to McGregor to respond: “Call me when you need Proper back up.”

WWE has enjoyed great success with former UFC competitors making the transition to sports entertainment, with Ronda Rousey currently in the midst of a superb rookie year and Brock Lesnar continuing to dominate the men’s division.

McGregor has long been linked with a move to WWE and while there is no suggestion the social media conversation between him and Lynch means that is any closer, it is likely to lead to speculation about a future role for the Irishman in pro wrestling.