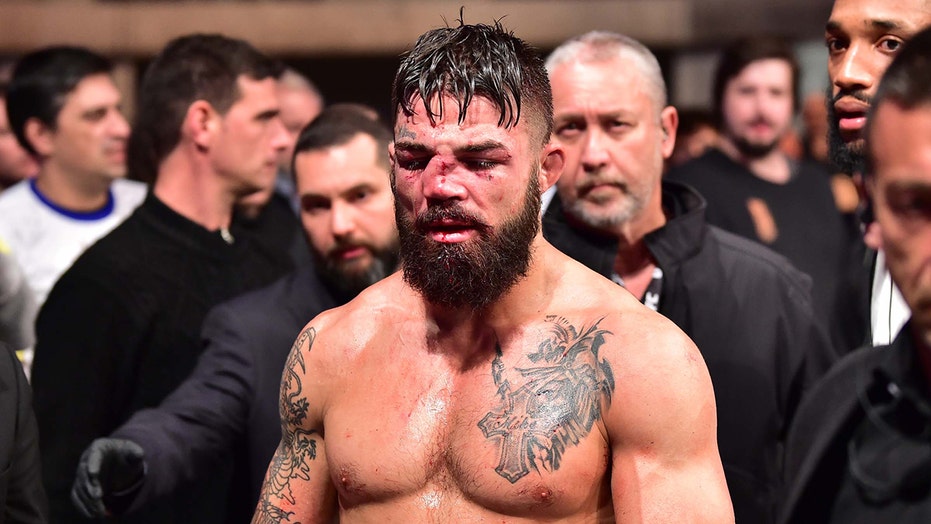 GRAPHIC IMAGES: UFC fighter Mike Perry was taken to the hospital with breathing troubles that required surgery after suffering a gruesome nose injury during his loss to Vicente Luque in the co-main event on Saturday in Montevideo, Uruguay. 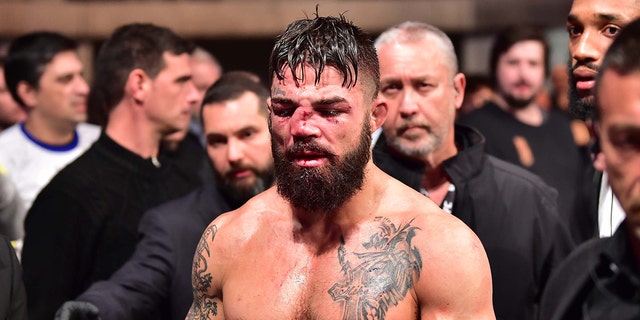 Luque (17-6-1 MMA) was awarded the victory at Antel Arena by split decision following a back and forth affair that was literally split open in the third round when he connected with a flying knee kick against Perry (13-5 MMA), which opened the flood gates and left the nose of the Michigan native disfigured.

Later in that round, Luque squeezed the neck of Perry in a guillotine chokehold, expediting the loss of blood from his nose which poured over Vincente's chest and onto the octagon floor. Perry continued to fight with a fractured nose until the final bell and some members of his team even believed he should have won, according to the USA Today.

"Kawa said he had some previous fractures in his nose that had to be taken care [of], as well, so the surgery was a bit lengthy," said MMA journalist Ariel Helwani. "He’s expected to remain there for at least a couple days."

"No further details at this time about his recovery timetable," he added. 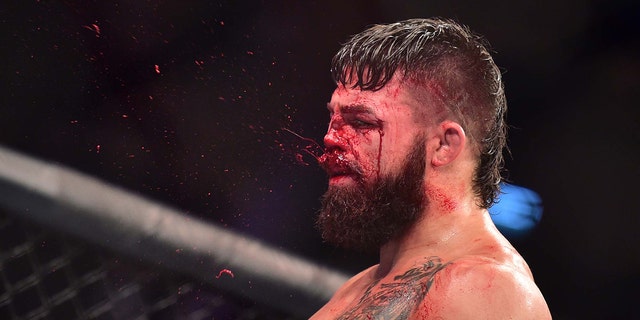 Blood is seen spraying off the face of Mike Perry as he reacts to his fight against Vicente Luque during UFC Fight Night at Antel Arena. Jason Silva-USA TODAY Sports

Most reactions from social media, including UFC president Dana White, were understandably focused on Perry's shattered nose instead of the hard-fought battle between the two fighters.

Perry's wife, Danielle Nickerson, thanked her social media followers after the fight for their "positivity, love and prayers."

"Words cannot explain how proud of you I am," Nickerson said. "No matter what the outcome is I will always be in your corner this sport is the most unforgiving and brutal."

Both fighters won an extra $50,000 for the "Fight of the Night" award, which is given to the most exciting fight of the UFC card. Perry suffered his first loss since Nov. 10, 2018, while Luque is riding a six-bout winning streak and is undefeated since the spring of 2017.

"The game plan was pretty much what I did, but [to] not get hit as much as I did," Luque said after the fight. "He's a tough guy. This is my first decision win in the UFC. And it couldn't be to a tougher guy like Perry. Props to him. He really came in here and brought it. But I was pretty confident at the end of the fight."