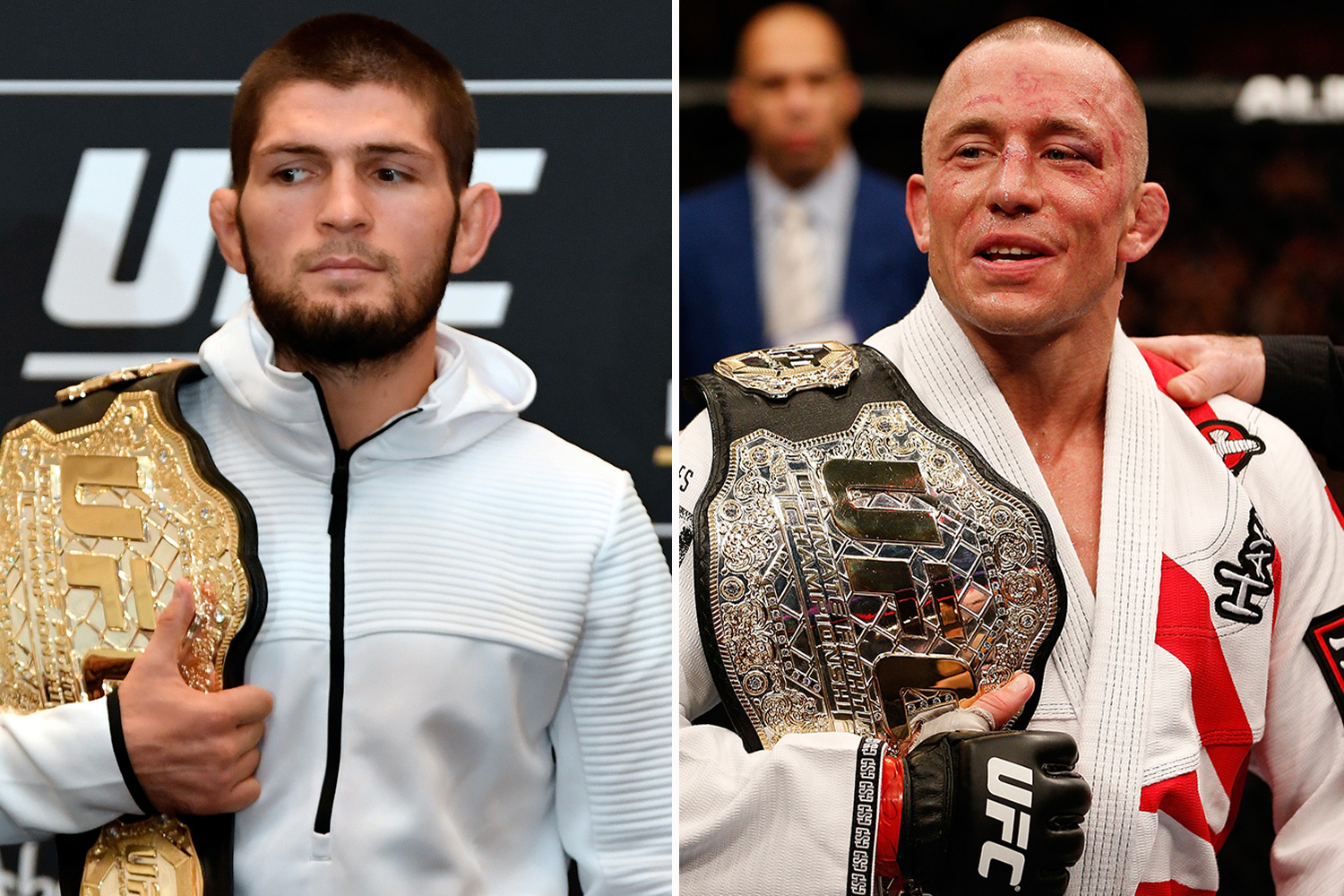 The 26-2 enjoyed four years out of the Octagon before that victory, citing a lack of competition and it was a similar story before the fearsome Russian wrestler burst on to the scene and continued to call him out.

GSP wants the fight but he believes the UFC fear their stand-out star, following Conor McGregor’s decline and Ronda Rousey’s retirement, would lose his undefeated record and mystique up against him.

Ahead of Khabib’s UFC 242 fight with Dustin Poirier on Saturday, GSP said: “I wanted to fight Khabib, because I could have lost big but at least I could win big.

“If I fight another contender that doesn’t have the same platform, the same legacy, it feels to me that I have a lot more to lose than to win. And I also said that I wanted to retire on top.

“So for me, if I ever come back, it’s not impossible, but right now I don’t see anything. The UFC refused a fight with Khabib and nothing else really excites me.

“It makes sense in a way that my agent explained to me. Maybe Nurmagomedov represents a significant investment to the UFC.

“He’s reached a different type of clientele, maybe in the Middle East, and has the Muslim world idolising him. He’s like an icon.

“Imagine that they invest a lot of money to promote a big fight between Khabib and I and I win the fight?"

But if Khabib comes through this weekend’s test in the baking Abu Dhabi desert and again calls GSP’s celebrated name, MMA fans could get the dream fight they crave.

Former welterweight boss, St-Pierre, just needs six months to dedicate himself to a camp and enough carrot on the end of the stick to get his competitive juices flowing.

He said: “I didn’t want to take another training camp of two or three months, maybe six months with the whole building up, the promotion and everything, out of my life to fight another guy that I don’t have nothing to gain in terms of legacy.

“If I fight someone and I take six months of my life to focus – on it, the sparring, the stress – I would need that to be worth it for me. Not only money-wise, but also legacy-wise and satisfaction-wise.

“This fight for me didn’t need to be for a title, or it could have been at a catchweight. I would have been interested in doing it, but the UFC had other plans for Khabib.”