Despite taking a tumble, the American star went on to win with fight with a fifth-round TKO at UFC Fight Night 128.

During round three of five, Barboza shocked the crowd at the UFC Fight Night 128 with the horrifying move.

Lee stumbled around the ring before dropping to his knees in a desperate bid to regain his composure… and it worked.

He was dominant for the majority of the fight and racked up four takedowns and 233 strikes.

Fans flocked to Twitter shortly after to question how the 25-year-old survived the hit. 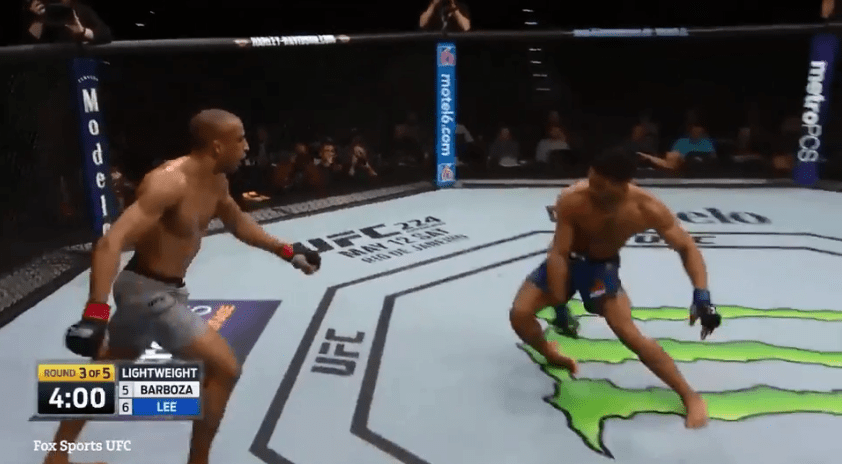 One viewer likened Lee to a "baby deer" while another added: "He has an amazing ability to take hits."

After the fight, Lee said: "I feel pretty good.

"I felt like I could show my complete game. I'm happy with it.

"There's still some adjustments that could be made. 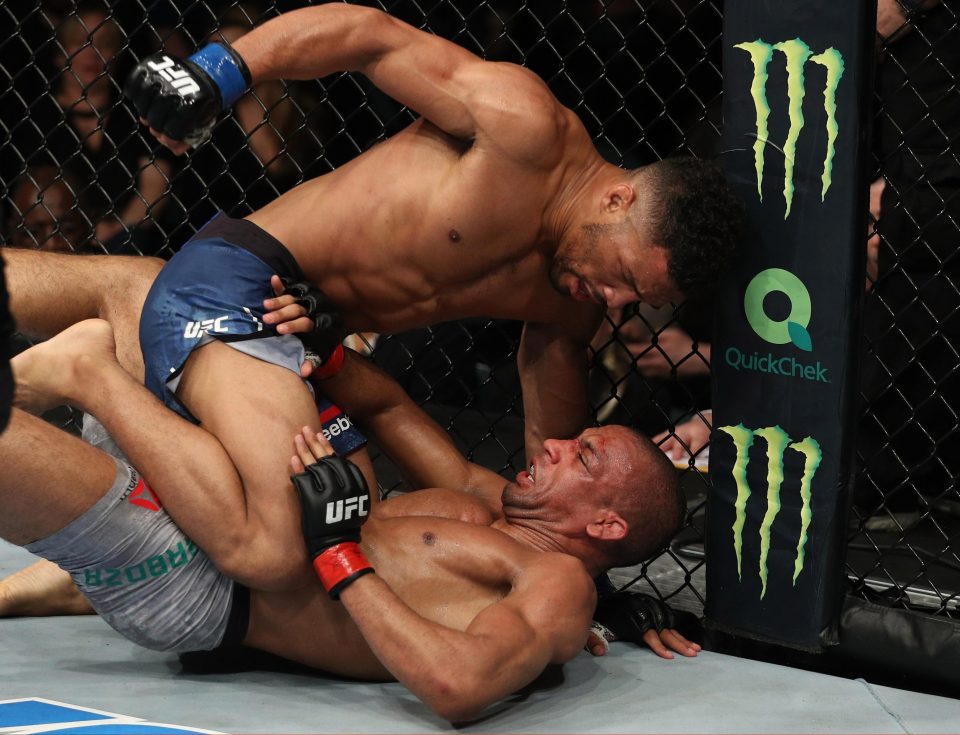 "It's back to the gym on Monday for me." 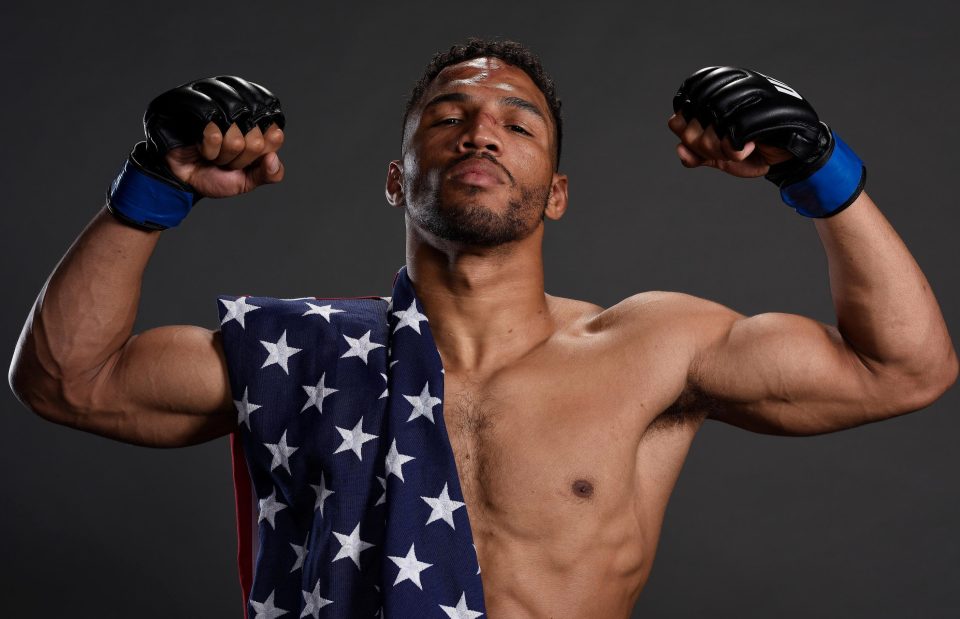