Sipe went into the bout with a 4-0 MMA record and a bad-boy reputation and was bossing the first from the first bell. 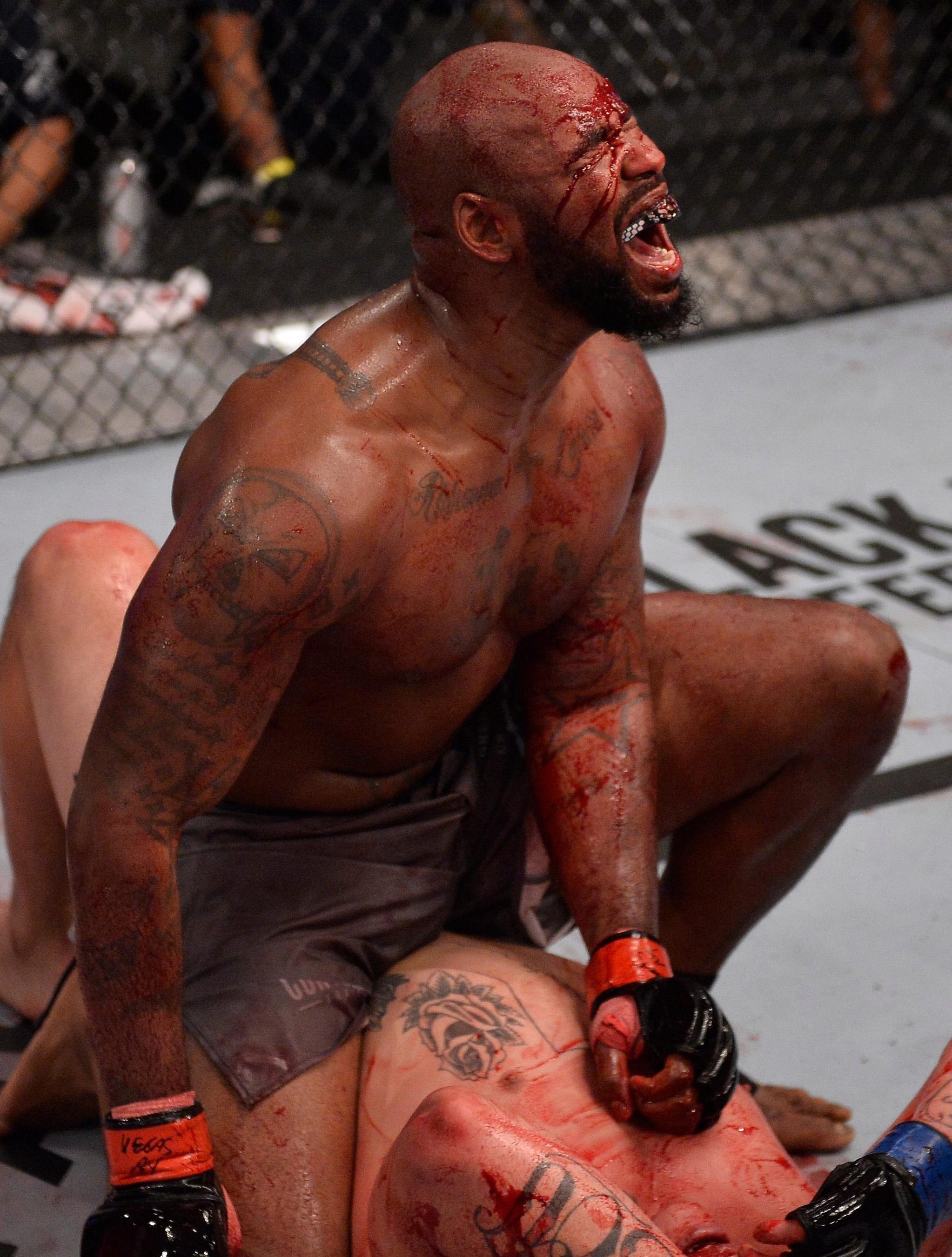 But a ghastly gash above his eye and the rivers of blood that streamed down his face made any grappling or submission holds almost impossible and Mayes landed a huge knockout in round two.

A wicked elbow from 6ft 6in ‘Kong’ Mayes ripped the flesh from Sipe’s face but the 22-year-old managed to stay on his feet.

However, once on the canvas, the blood was streaming into Stipe’s eyes and it became a matter of time before the blows raining down on him caused the ref to jump in.

With one second of the round remaining, the bout was stopped with a blood-soaked Sipe on his back and 18st Mayes pounding away at his mangled face. 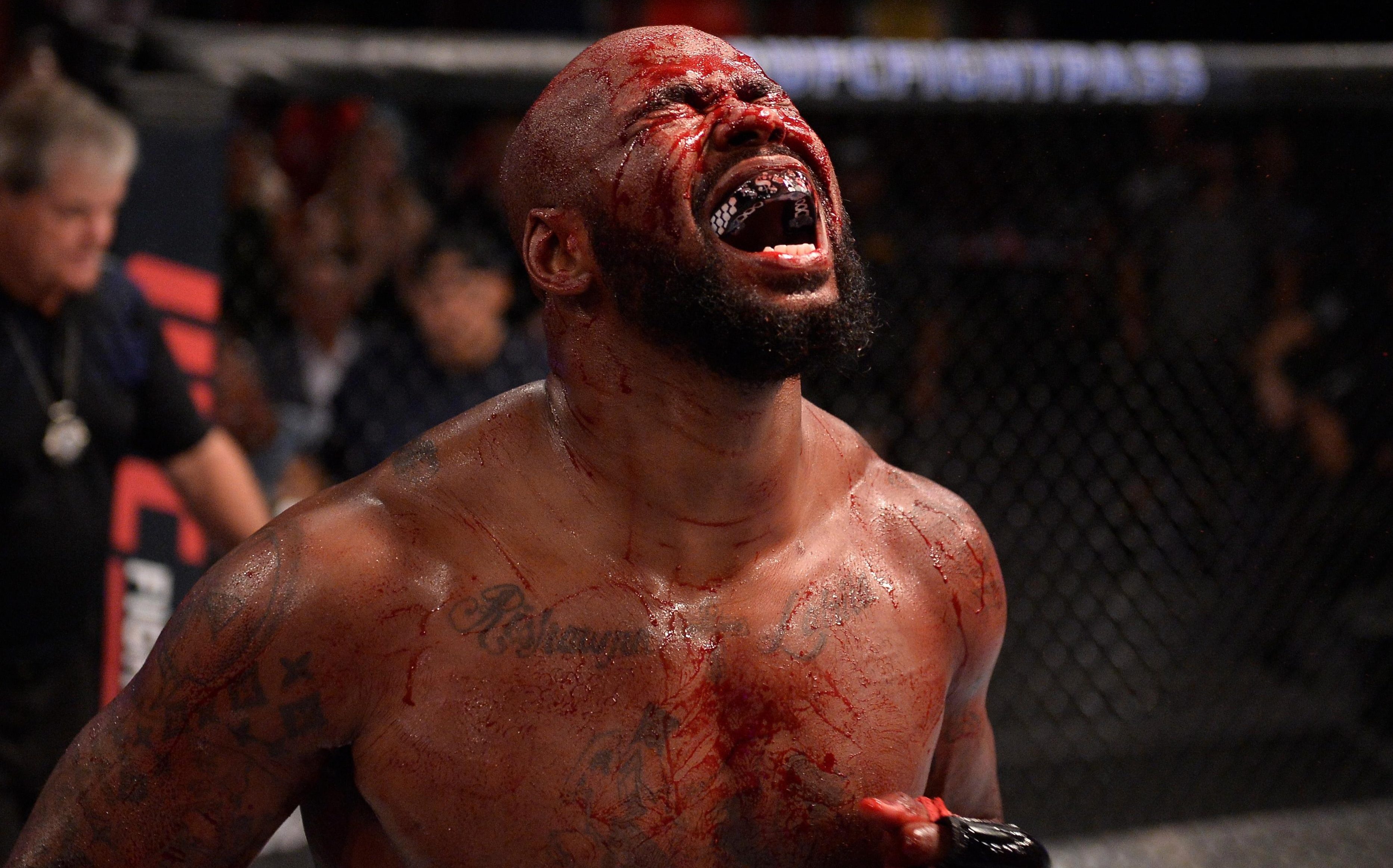 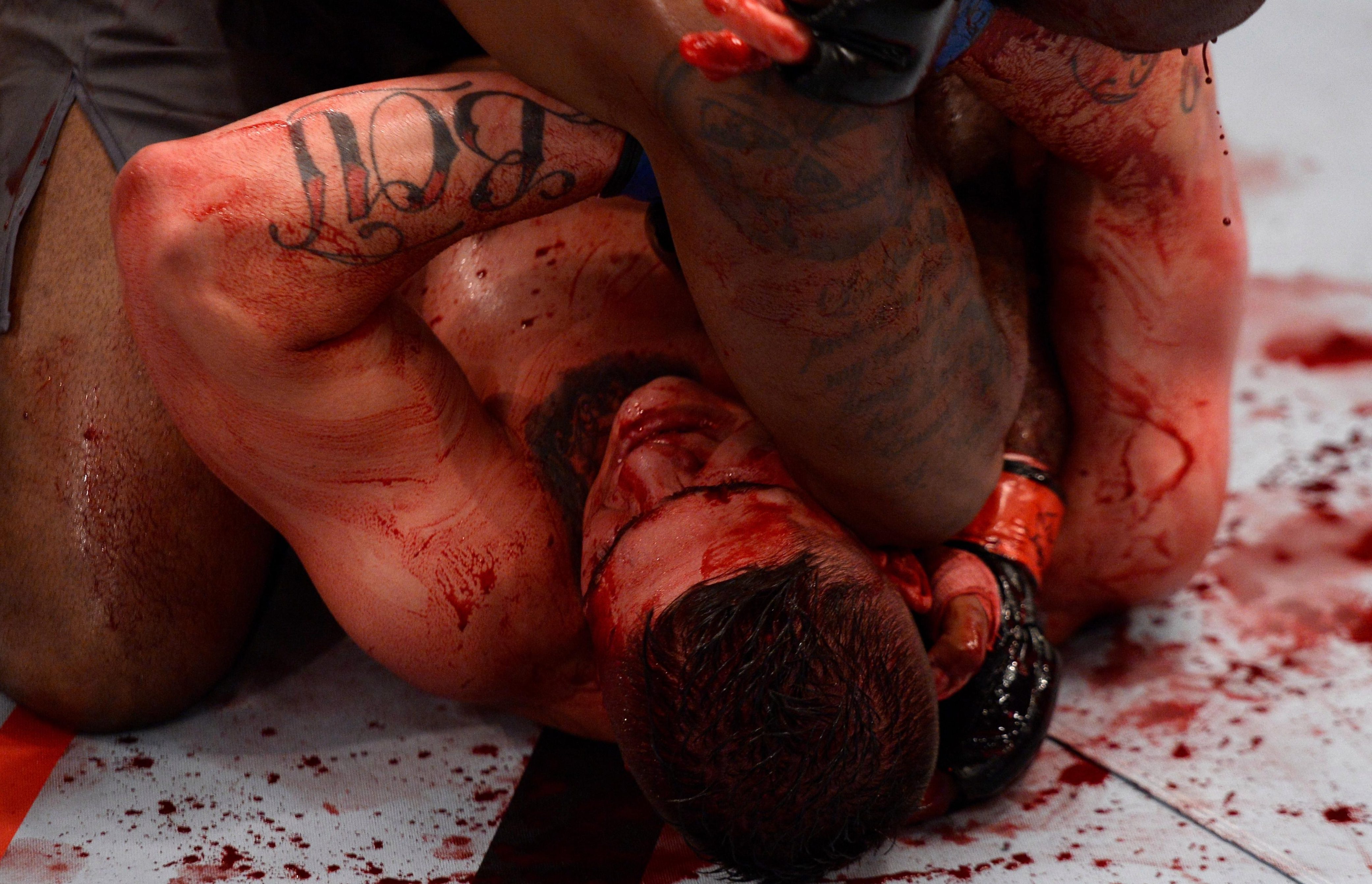 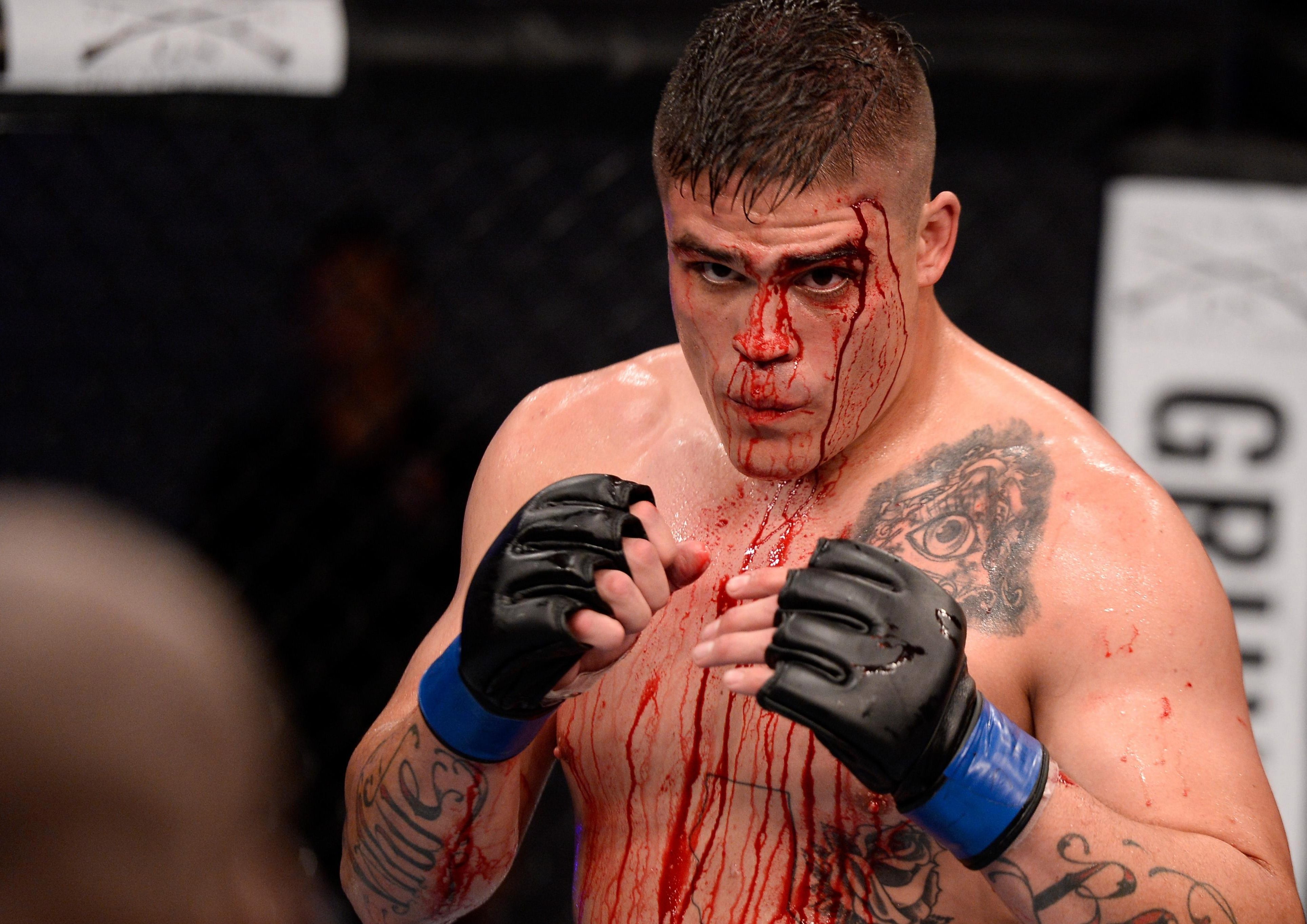 After having his claret-caked hand lifted, Mayes said: “It feels wonderful. I felt good.

“Walking around at 270lbs was slowing me down.

"I lost the weight, lost about 15lbs and I had better cardio.”

Four fighters were handed UFC contracts from the show by Mayes was not one of them.