SOCHI: Vedran Corluka was deep into his umpteenth interview of the night when the Croatia defender was asked if Luka Modric, his country's captain and conductor, might have a chance of winning the Ballon d'Or this year. "We are too small a country for Fifa or Uefa to consider a player from our country to be the best player in the world," Corluka replied, bluntly.

A little earlier, Modric himself had been asked the same question. "I'm not thinking about the Ballon d'Or. Croatia's success is much more important to me than that," he said.

If Modric helps to inspire Croatia to glory at this World Cup, only seven weeks after claiming a fourth European Cup in five seasons with Real Madrid, there are unlikely to be too many players more worthy of the accolade, just as there would be few more popular winners.

There would certainly be profound appeal in one of the game's ultimate team players – and the antithesis of some of today's narcissistic footballers – winning the award but, for 90 minutes or however long it takes in Moscow on Wednesday, English audiences will hope Modric has an off night.

That does not happen very often, however, and, as Russia discovered to their cost on another breathless evening in Sochi on Saturday, Modric's fallow periods in matches tend to be fleeting. Gaunt, slight and diminutive, he looks in need of a good dinner, but seldom have appearances been so misleading.

Russia were doing a good job of keeping him relatively subdued before Andrej Kramaric equalised. Then slowly but surely they found control of the game being taken away from them by a player for whom it all looks so easy. Croatia needed penalties to see off the hosts after Mario Fernandes scored Russia's second five minutes before the end of extra-time, but Modric had been their biggest headache. 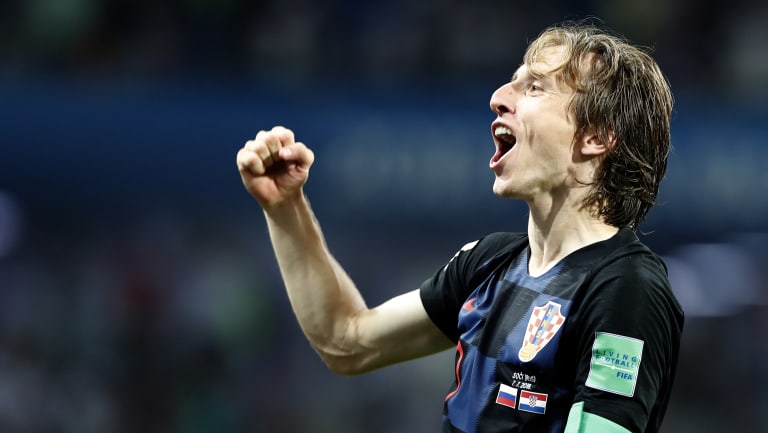 Gareth Southgate and his players will not need reminding of that. Modric has been doing it too well for too long, but the problem with players like him is that, for all the pre-match preparation and analysis, trying to read his next move can be a demoralising experience.

It is not as if Croatia are short of other talented midfielders, either. Ivan Rakitic, of Barcelona, Modric's Real team-mate, Mateo Kovacic, and Inter Milan's Marcelo Brozovic would get in most teams in Europe, but if Jordan Henderson, Jesse Lingard and Dele Alli can combine to disrupt Modric's rhythm – and it will have to be a team effort – England will have cause for optimism.

Davor Suker, president of the Croatian Football Federation and a key part of the Croatia team who reached the semi-finals in 1998, played down suggestions the team were too dependent on Modric but insisted the player can easily handle the weight of responsibility.

"He is the leader. That's what we need to have," Suker said. "Sometimes, you need to have this kind of guy. In 1998, we had it with Zvonimir Boban, a huge name, a huge person so you need to have these guys. At that time, we had a lot of players at the best clubs in the world, and that's the case now, so we are happy. But Luka has been excellent in every area of the midfield. It's good he's controlling games." 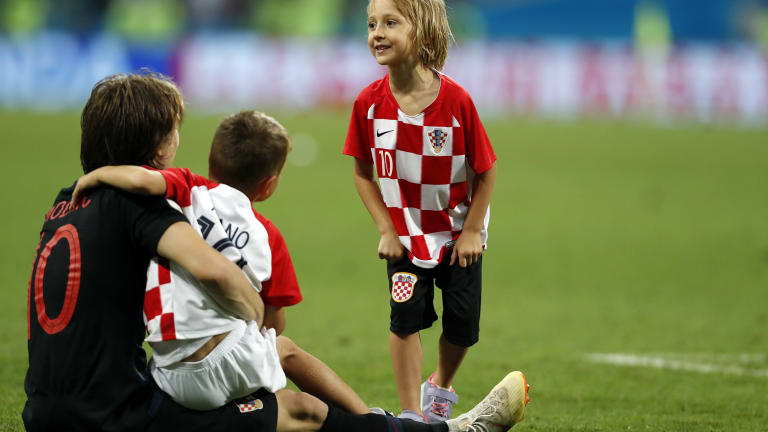 Modric suggested there was "maybe a bit more pressure on England" but, whereas Southgate's side are one of the youngest at the tournament, this will be a last roll of the dice at a World Cup for many Croatia players, probably including Modric, 32.

Having represented Tottenham before Real, Modric said playing England was "always special" but scoffed at the notion that Croatia would be the more tired of the two after their last-16 tie, against Denmark, and quarter-final went to penalties. "I'm sure we will recover well," he said. "It's a semi-final. We will find extra motivation, extra everything, whatever is necessary." Russia's opener may have been a piece of individual brilliance from Denis Cheryshev, who, with four goals at the tournament, had done more than most to make this a memorable journey for the host nation, but their second derived from a free-kick, Fernandes heading home Alan Dzagoev's cross.

England have looked the strongest team at the World Cup from set pieces, and Modric admitted that was one area of significant concern for Croatia. "England are very dangerous on set pieces," he said. "They have players like Harry Maguire, Harry Kane, Jones Stones, all of whom are very strong.

"You can see they have worked on them, and that's why they are scoring so much. We have to pay attention to those details and hopefully we will do better with them than we did against Russia."