The former Paris Saint-Germain chief, 46, was shown the sights of London Colney by head of facilities Sean O'Connor on Thursday. 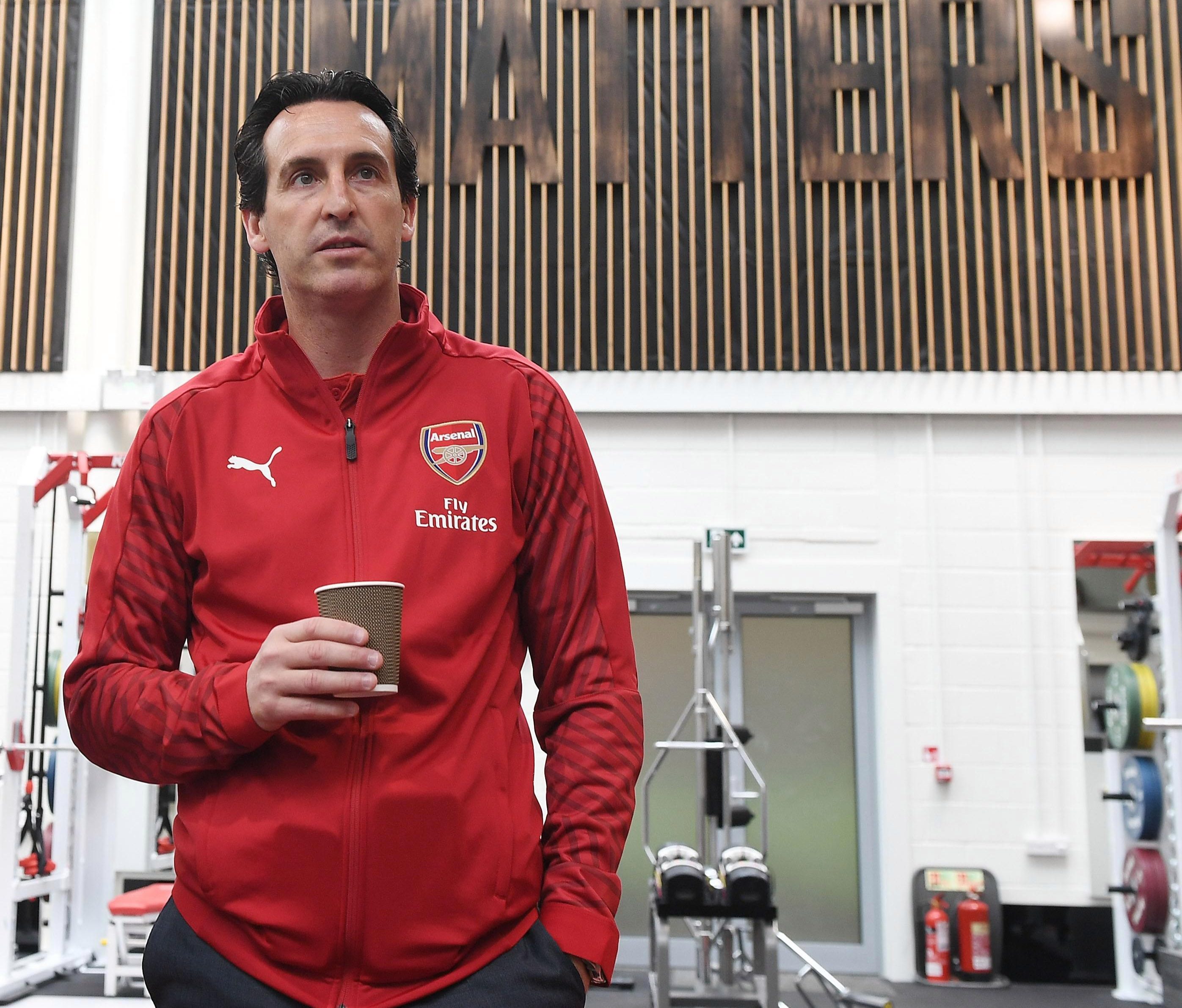 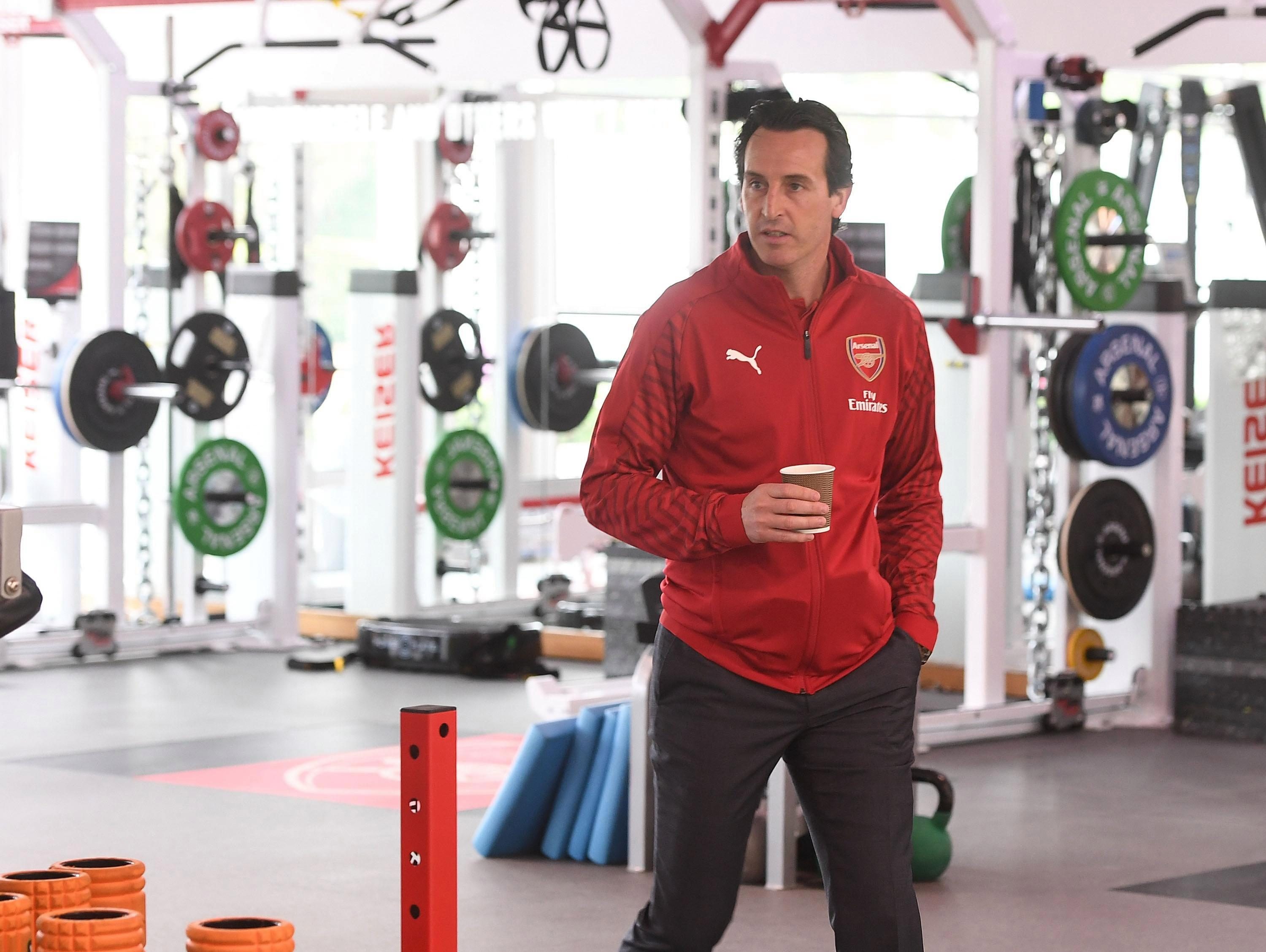 The Spanish boss looked thrilled to be in St Albans as he clutched a cup of coffee during his whistle-stop tour of the training ground.

During his busy morning, Emery even bumped into the bespectacled Laurent Koscielny – who appeared to be receiving treatment in the physio room as he recovers from an ankle injury.

As well as the treatment room, Emery caught a glimpse of the gym, changing rooms, tactics board, indoor pitch and offices. 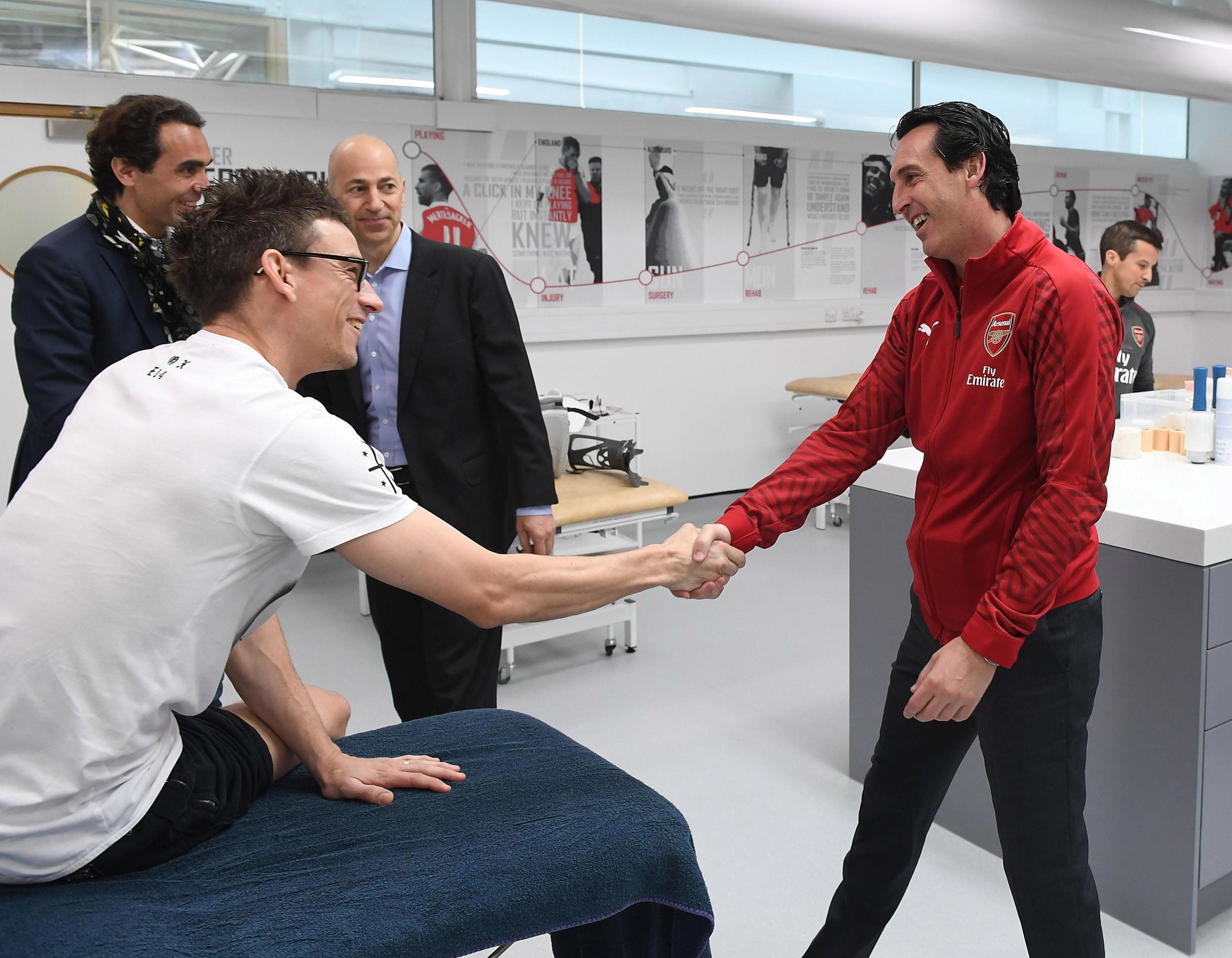 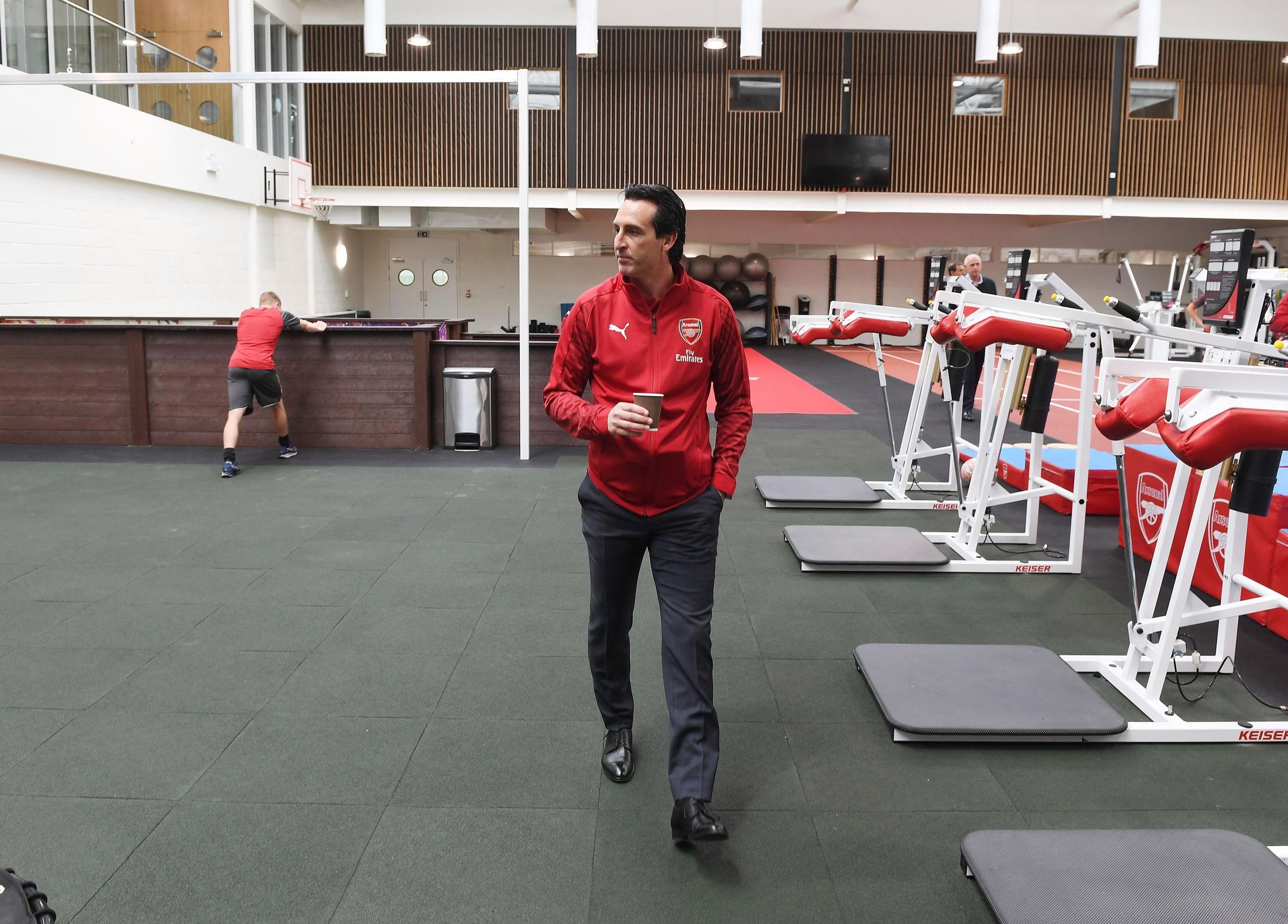 During his Wednesday unveiling, Emery promised to bring attractive football – and trophies – back to the Emirates.

The new head coach claimed: "[The board] know my ambition, my passion. I want this project at Arsenal. It is a big responsibility.

"I believe the players who are here… we can grow as a squad. The objective is to be together and work hard. With this talent, we can challenge for all the titles.

"It is very important for the club, after two years outside of the Champions League to work for it. We need to be alongside the best teams in England and the world. 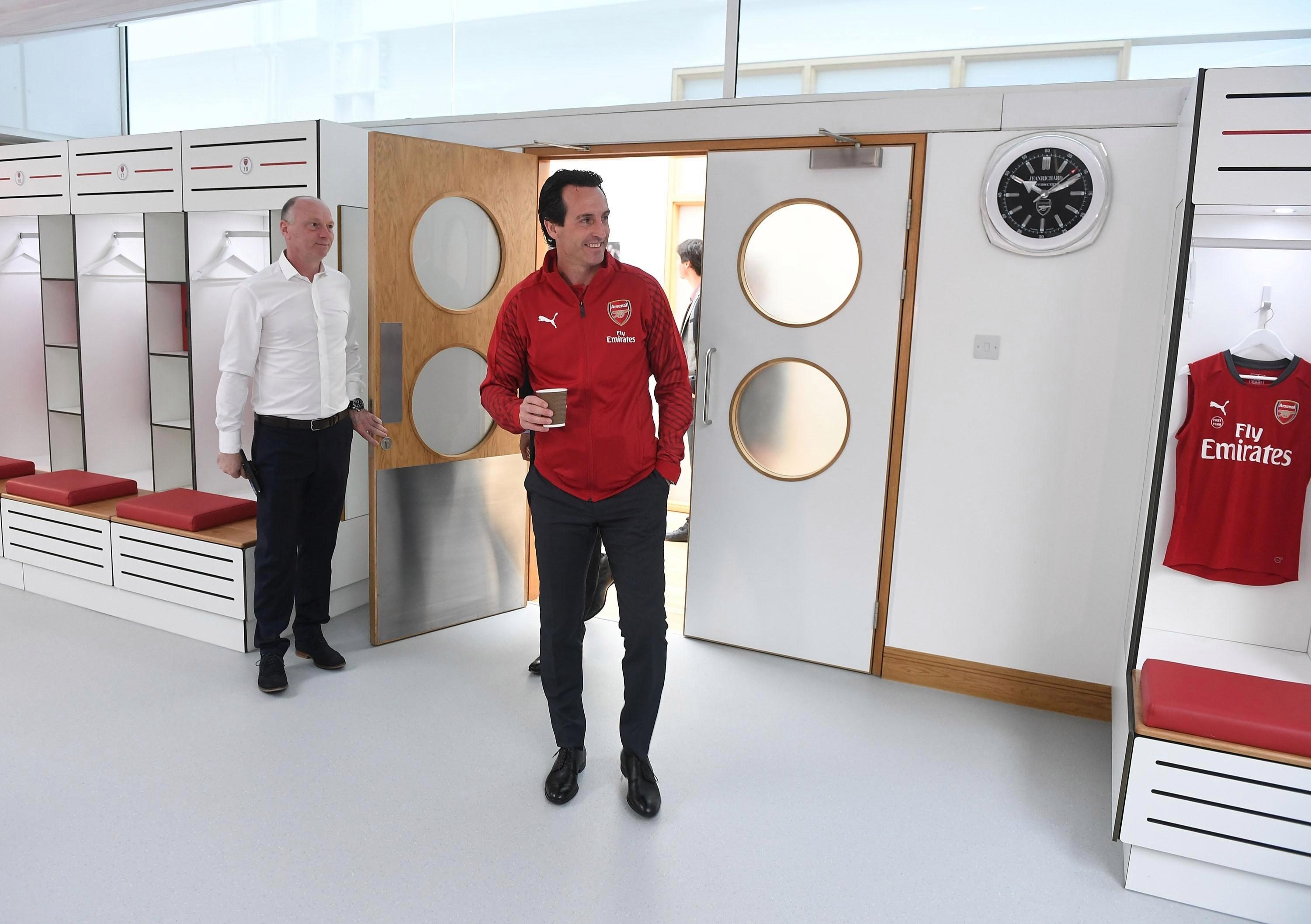 "We want to improve individually and collectively, as much as we can. All the titles are important for us. I think we can – and we want – to be candidates for them.

"In my career, I am very demanding of everyone. We will play with possession of the ball… against all clubs. I like protagonists with the ball. 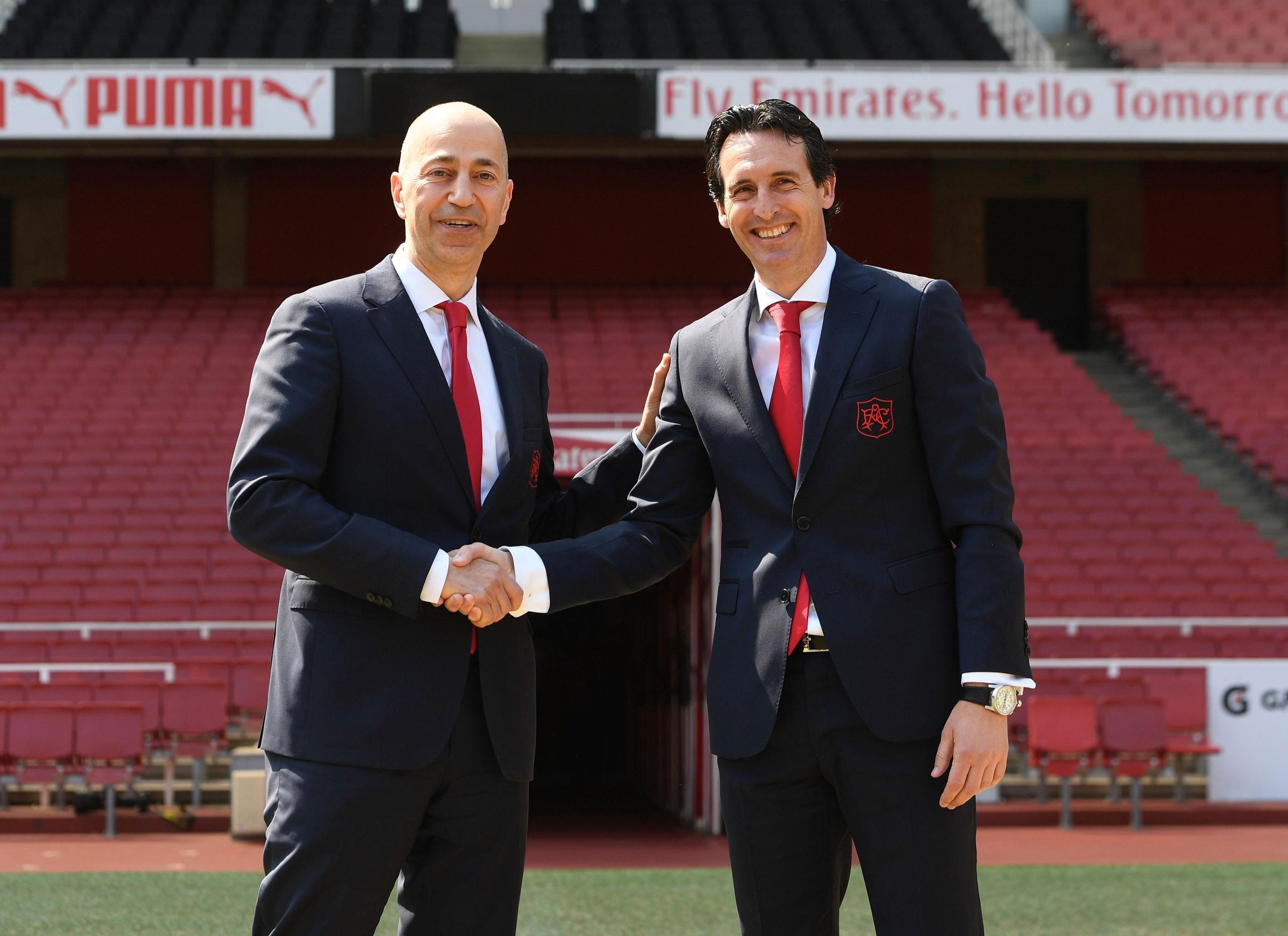 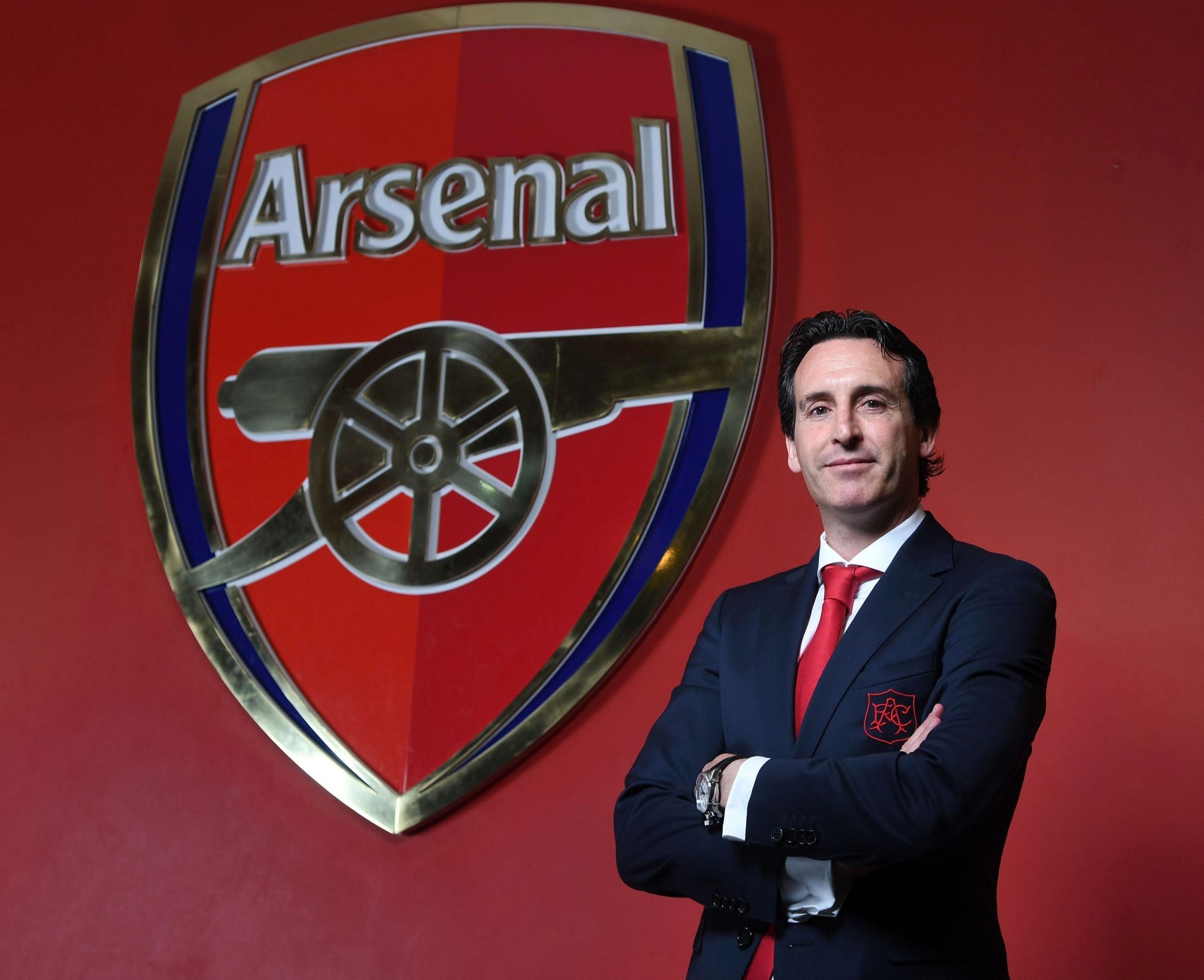 "I want a squad who are very intense in pressing. It's very important to me: Possession of the ball and pressing when not in possession."

"My objective is to be amongst Europe's elite teams. I want the team to make the fans even more proud."