Usain Bolt  believes he is  ready for A-League action when the Mariners  begin their campaign  next week.

“I know I need more games to get better,” the world’s fastest man said after his two-goal performance in a trial on Friday night.

“I’m here to prove to the world that I can be a footballer.”

But is he ready for the big time? The man himself thinks he is. 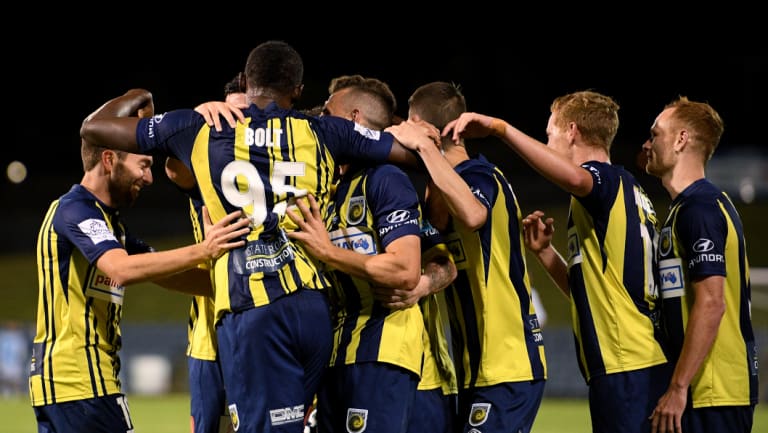 Off the mark: Usain Bolt is mobbed by his Mariners teammates after opening his account.Credit:AAP

“Definitely. I’ve seen all the senior team play, and if I get to play with them more I’ll understand the game, understand the pace of the game. I know what I need to do to get better. 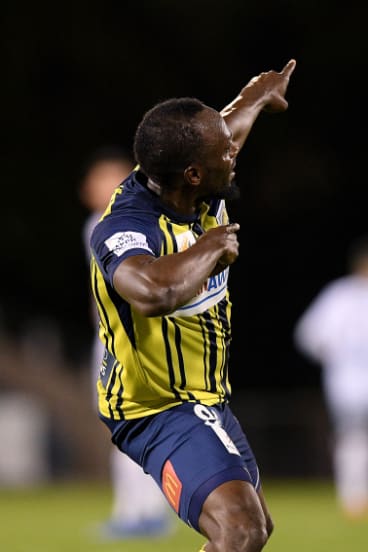 “It’s all about whether I can get time on the field.”

Coach Mike Mulvey said  Bolt had mixed in “fantastically well” with the rest of the squad but still had a long way to go before he was ready for the rigours of professional football week in, week out.

“I’m very, very happy for him,” Mulvey said on his new triallist’s brace.

“The bottom line is, Usain Bolt was a world-class athlete and is probably the greatest athlete who’s ever lived, from my humble opinion. He’d been retired from athletics for 12 months, and he hadn’t done much in that 12 months. We had an athlete who was going to train as a football player, and learn football fitness.”

The general consensus between both player and club seems to be that the most likely outcome is they will reassess his first team hopes at the beginning of 2019.

“We said 12 months to start with, and I think that we’re all in agreement, we’ll look at about January,” Mulvey said.

“We can see improvement.”

The nine-time gold medallist said January was about the time when he would have a handle on the Mariners squad, which includes former Leeds United star Ross McCormack and Socceroo Tommy Oar among their new signings. The two combined for the club’s opening goal in the 4-0 win.

“When I said four months, I was saying four months until I get to the point where I understand the players . . .  understanding what I need to do, where I need to be . So if I’m here for that time period I think by then I should understand what every player likes and dislikes,” Bolt said.

But could we see Bolt featuring in the NPL or in the club’s youth team to get match fitness? Mulvey remained coy.

“I don’t know how that’s going to work out. My main mission is Brisbane this week.”