In 2008, Lance Franklin booted 100 goals during the home-and-away season, a feat that has since become even more difficult than persuading Gold Coast’s better players to stay.

That Franklin didn’t finish in the top five of the Brownlow that year was predictable. The umpires basically imitate the media in their voting habits. To borrow a line from The Blues Brothers (“We got both kinds – country and western”), the umps are willing to vote for both kinds of player: inside and outside midfielders. The Brownlow medallist, actually, is often a hybrid of inside and outside midfielder in the mould of Dustin Martin and Patrick Dangerfield.

This notorious bias to midfielders, unfortunately, prevails in pretty much every media award (including this paper’s) and in what might have been a serious alternative to the Brownlow: The AFL Players’ Association’s Most Valuable Player award, the Leigh Matthews Trophy. 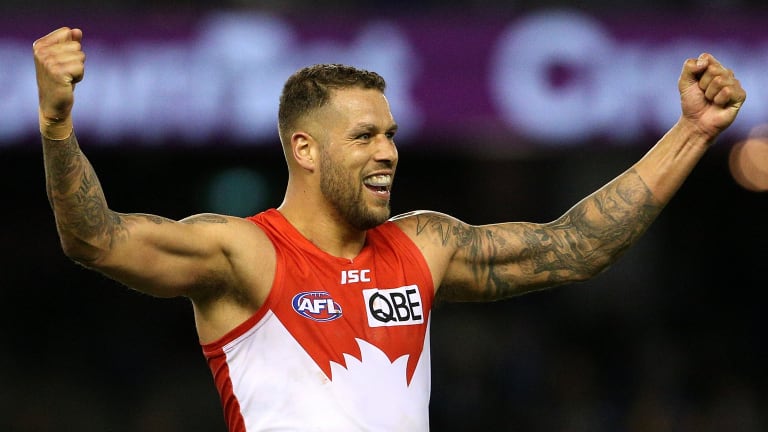 Franklin has never been voted the MVP by his peers, despite being the game’s pre-eminent forward for more than a decade. Wayne Carey, who embodied the term “most valuable’’ more than any player since the ’80s, won the MVP just twice. Gary Ablett jnr, a mighty midfielder but one who hasn’t influenced results as Carey did, has taken “ Lethal’’ home five times.

On Monday, the 800-plus AFL footballers will cast their first votes for the MVP award. Based on the first 18 rounds, the choice should be between a pair of ruckmen: Max Gawn and Brodie Grundy.
There hasn’t been a standout midfielder in 2018, as there was in 2015 (Nathan Fyfe), 2016 (Dangerfield) and last year (Martin). In the previous three seasons, the Brownlow winner also took the players’ MVP and the choice wasn’t difficult.

Key forwards aren’t thriving this season either, despite the recent purple patch from Tom Hawkins. None shapes as a genuine MVP contender. As for defenders, well, it is easier for a camel to pass through the eye of a needle than for a defender to win the MVP (or Brownlow for that matter), given the midfield hegemony.

Gawn is the second favourite for the Brownlow, behind Hawthorn’s extraordinarily prolific (inside) midfielder Tom Mitchell. While Grundy isn’t as fancied, his influence on the outcome of games has arguably matched that of Mad Max. 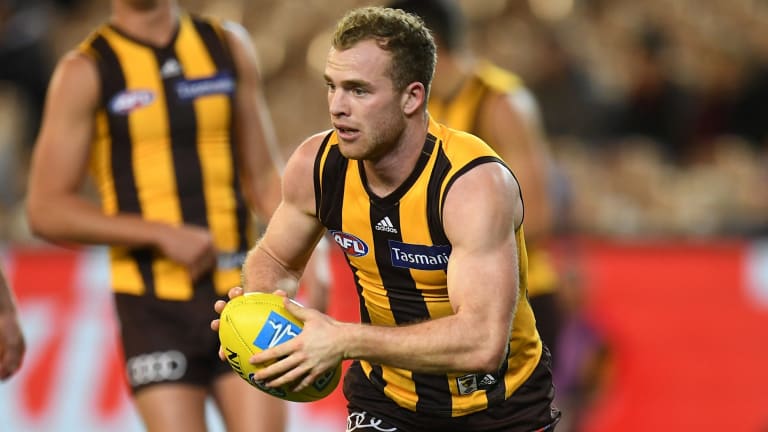 The Melbourne ruckman’s tap and aerial work is superior, while Grundy combines highly proficient ruck work with an unmatched ability to win ground balls and influence the contest (including tackling).

The most sophisticated statistical measure of a modern player’s worth are Champion Data’s ratings, which place greater store in the quality of disposals and contests than the basic “ranking’’ points (the AFL website regularly publishes a list of the ratings, in order, for the past 40 games).

Up to round 19, the top three in the ratings for 2018 were Melbourne’s Clayton Oliver, Gawn and Grundy, in that order. Mitchell, who had another 40 disposals against Essendon and would be a deserving Brownlow medallist, was placed only in the teens. A third Demon, Tom McDonald, is placed inside the top 10. Martin has “fallen’’ to seventh.

Mitchell doesn’t hurt teams on the outside of the contest in the manner of Dusty and Danger. The same applies to Patrick Cripps, Carlton’s stoppage beast, who can’t win the MVP at the bottom team. Of the distributors, Oliver stands out as the player who is developing an outside game, having almost doubled his metres gained this year.

Last round Grundy was the catalyst for keeping Collingwood close to the Tigers, and if the Pies did not gain enough from their Grundy-led clearance edge this was largely because Steele Sidebottom and Scott Pendlebury – facing Richmond’s ballistic pressure – found it harder to execute disposals. A few hours later, Gawn had a staggering 66 hit-outs against the Crows in Melbourne’s conquest of the Crows.

The prohibition on the third man up at ruck contests, clearly, has made ruckmen more valuable. The six-six-six rule, if introduced, would enhance the value of centre clearances and give rucks even greater currency.

If Gawn is second favourite for the Brownlow, it’s unclear whether (a) the umpires will be captivated by his work or (b) if Oliver – given those numbers – will take votes from his teammate. Grundy, too, could be stymied by Pendlebury and Sidebottom on Brownlow night.

But there’s no excuse for the players. Their award has the advantage of not relying on week to week voting; they can simply vote for the player they deem most influential over the course of season. It need not be a midfield monopoly.

Players, unfortunately, pay less heed to the opposition than coaches – many watch relatively little footy, in fact – and their award also resembles the Logies in that it can become a popularity contest. The AFLPA has discussed revamping their voting system to make it a more inclusive award
(i.e., not just midfielders) . This is a good idea.

Ideally, there should be an expert panel, composed of current and ex-players, deliberating on the MVP after the players nominate their club representatives. If the Leigh Matthews Trophy is regularly awarded to key forwards, rucks and the odd defender, it will distinguish itself from the media gongs and, more importantly, mark out different terrain from the Brownlow.