Across town the movement is in the other direction, however, with Melbourne City goalkeeper Dean Bouzanis travelling to Europe on a one-year loan deal.

City is tight lipped about his destination, but it is believed that the shot stopper – who was at Liverpool as a junior – could be set to link up with his previous coach John Van 't Schip at Dutch club Pec Zwolle.

Toivonen is poised to link with Kevin Muscat's side from French club Toulouse, which announced his departure and destination on Friday. 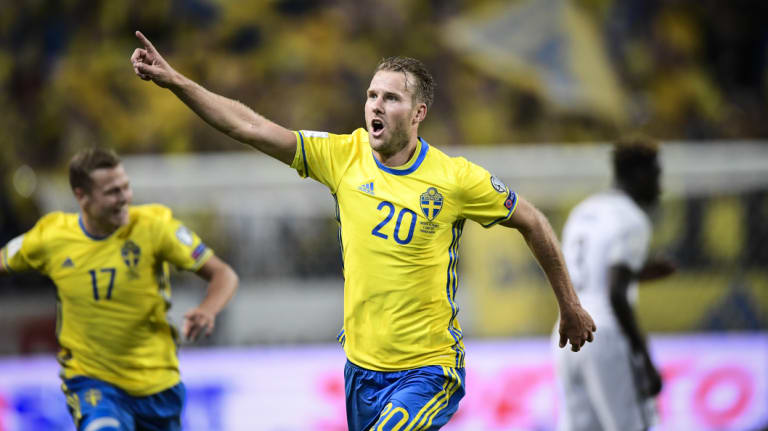 The 32-year-old has made a handshake agreement, passed a preliminary medical and will travel to Melbourne in the next fortnight when a final deal should be confirmed.

The World Cup quarter-finalist is set to join Japanese legend Keisuke Honda in a high-profile strike force at AAMI Park.

Toivonen has scored 14 goals in 64 caps for Sweden, calling time on his international career after Sweden's run to the last eight in Russia.

He started each of Sweden's matches at the World Cup, scoring against reigning champions Germany.