Victory will hold a press conference on Monday morning where they are expected to announce the 32-year-old former AC Milan attacker has put pen to paper to sign with the defending champions. 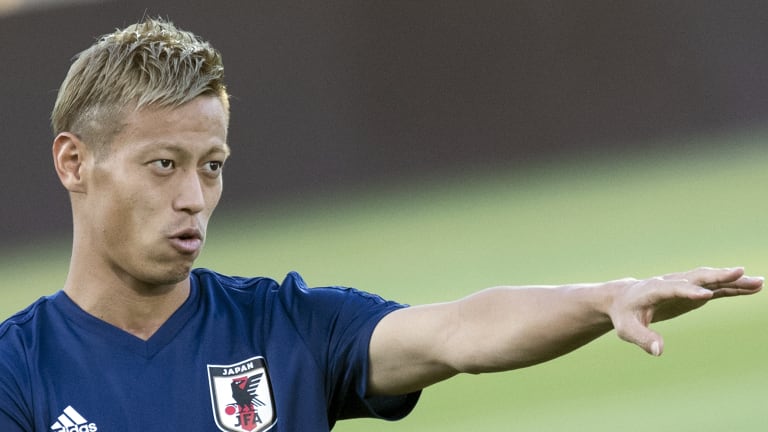 Honda, formerly of CSKA Moscow and AC Milan, has also been the subject of interest from Brazilian giants CR Vasco Da Gama since he announced he was leaving Mexican club Pachuca.

Honda, 32, has played 98 times for Japan, including at the 2010, 2014 and 2018 World Cups. He scored at all three making him the first Japanese player to score at a trio of World Cups. Honda was named player of the tournament at the 2011 Asian Cup, which Japan won, and can play a number of positions including on the wing and at both ends of the midfield.

Victory have traditionally avoided signing big-name international marquees in their history, instead opting for lesser-known players like Fred and Carlos Hernandez. Besart Berisha's acquisition from Brisbane Roar was a coup in 2014, as was the signing of Harry Kewell in 2011, however that did not go to plan.