The Illawarra Hawks have stunned the top-ranked Sydney Kings with an impressive 96-84 win in the NBL.

The Kings were looking to extend their lead at the top of the ladder with a third consecutive win but came unstuck at Qudos Bank Arena in Sydney against the seventh-placed Hawks. 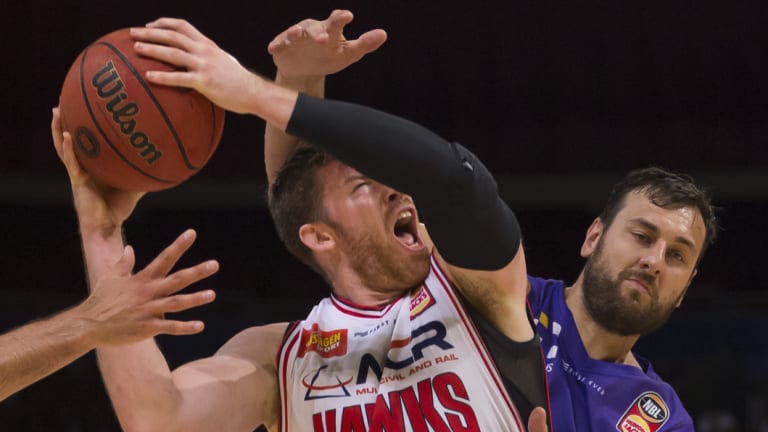 Gimme: Andrew Bogut fouls Brian Conklin to give him a pair of shots from the free-throw line at Qudos Bank Arena.Credit:AAP

While Illawarra have struggled for consistency this season, they produced some of their best basketball for the season to record a second victory over their state rivals in the space of nine days.

The Hawks rocked the home side with a devastating 14-0 run to open the second quarter on their way to taking an eight-point lead at the main break.

Jerome Randle's triple on the stroke of half-time appeared to hand the Kings some momentum but the Hawks immediately pushed the lead beyond double digits in the third quarter to build a match-winning lead.

Rookie Emmett Naar played the best game of his young career to lead Illawarra with 18 points, with support from Brian Conklin (17) and Jordair Jett (16).

The Hawks now improve to 9-11, two wins behind the fourth-placed Brisbane Bullets.

Randle (22) and Kevin Lisch (17) led the way for the Kings but lacked support on offence, with Illawarra's bench outscoring Sydney 47-16. 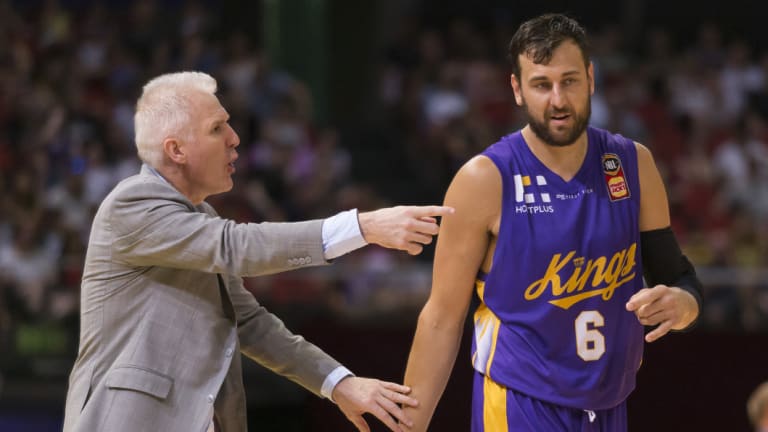 Sydney superstar Andrew Bogut finished with 10 points and 10 rebounds but foul trouble saw him sit out during the pivotal third quarter.

The Kings tried valiantly to reduce the margin in the fourth quarter but Illawarra had all the answers.

Sydney will aim to bounce back next Saturday with a home clash against Adelaide while Illawarra host the New Zealand Breakers on Friday.