Virat Kohli or Steve Smith? What do the stats say about the world’s top two batsmen? 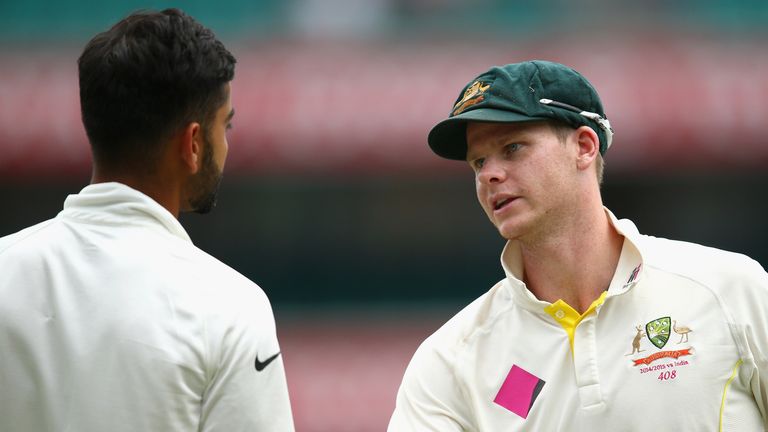 Smith or Kohli? Kohli or Smith?

Every few months the argument is rekindled as to who is the pre-eminent batsman of the day. With apologies to Joe Root and Kane Williamson – two batsmen who would have featured at the top of many eras in cricket history – they are frequently seen to be battling for third place behind the two batting heavyweights.

As the top two prepare to lock horns in the Test series between Australia and India – albeit briefly before Kohli returns home for a spell of paternity leave – let’s look at some of the stats behind the stars.

They both debuted within a year of each other, with Smith selected first – ironically as a leg-spinning all-rounder on the back of a successful ICC T20 World Cup in the Caribbean in which he took 11 wickets at just 14.81 apiece and helped Australia to the final.

He was rewarded with a place in the Test side for the neutral series against Pakistan in England later the same year. He failed to set the world alight, and was duly discarded after just five Tests which brought him a batting average of less than thirty. Two years later he was back, playing all five Tests of the uninspiring 2013 series, but he made his mark in the final Test at The Oval, striking an unbeaten 138 to finally crack that elusive Test ton at the 23rd time of asking.

By his 22nd Test, his average had risen to the relative respectability of forty, but it was the 2014/15 home series with India which propelled him into the stratosphere. He struck first-innings centuries in all four Tests and a subsequent knock of 199 against the West Indies at Kingston pushed him to the top of the ICC Test Batting Ratings for the first time.

He continued that form into the Ashes series which followed, striking 215 at Lord’s and 143 at The Oval. He enjoyed another stunning Ashes series in 2017/18 with 687 runs, and his twin efforts of 76 and 102 not out in the Melbourne Test pushed his World Rating up to 947 points, the second-highest in history:

Astonishingly, he managed to go even better run-wise in 2019 despite missing a Test with concussion, totalling 774 runs at an average of 110.57 to reclaim the top spot he had vacated during his year-long ban for his part in the sandpaper incident against South Africa.

And despite his somewhat nondescript start, there is no batsman in Test history to have scored more runs at a higher average than Smith, who currently has 7227 at an average of 62.84. In fact, his last 59 Tests have brought him 25 centuries at an otherworldly average of more than seventy. 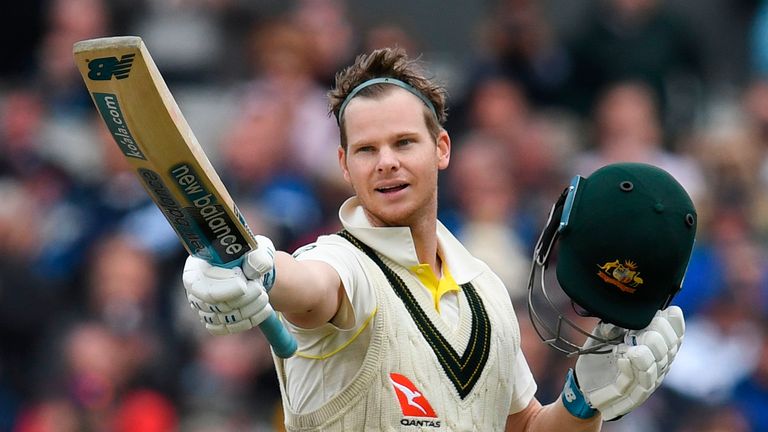 A year after Smith was making his debut for Australia, a brash Indian took the field in Test cricket for the first time against the West Indies at Kingston. Virat Kohli first made his name by captaining the Indian Under-19 side to victory in the 2008 ICC Under-19 World Cup in Malaysia.

A few months later he found himself in the ODI side and soon inherited MS Dhoni’s mantle as the ‘master of the chase’. He was part of the Indian side who were victorious in the 2011 World Cup, but with a settled middle-order of Dravid, Tendulkar and Laxman, he would have to wait his turn.

By the time that chance came, he was a veteran of 54 ODIs in which he had maintained a sparkling average of 44.40 which suggested that he would adjust to the longest form of the game without too many difficulties. However, he struggled early on, and his first six Tests only brought an average of 21.27.

However, it was a trip to Australia – and to this week’s first Test venue of Adelaide – which changed it all. India may have been defeated heavily, conceding double-centuries to both Ricky Ponting and Michael Clarke, but Kohli’s first -116 marked him out as a player of rare talent. Just as India’s batting hero mantle was passed from Sunil Gavaskar to Sachin Tendulkar, it was subsequently passed on again to Kohli. 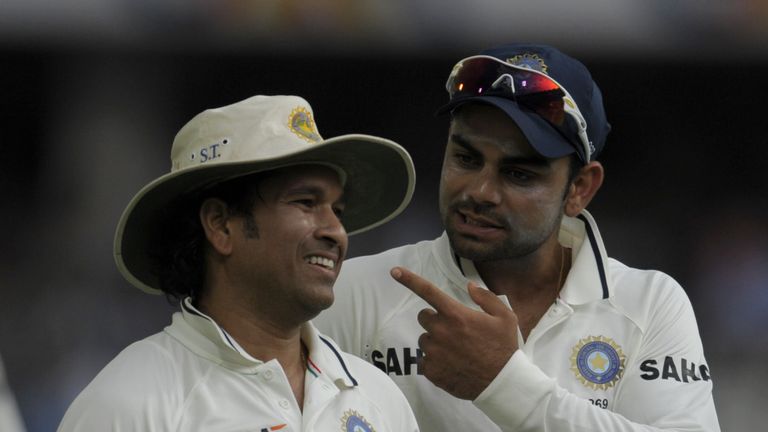 The floodgates soon opened and he enjoyed two productive years before hitting the skids in spectacular fashion on the 2014 tour of England. His five Tests on that tour brought only 134 runs with a highest score of just 39 and doubts started to surface about his ability to play the moving ball.

Not one to be unduly bothered, Kohli swiftly put those disappointments behind him on a triumphant tour of Australia, in which he scored 692 runs in four Tests and nearly conjured an astonishing victory at Adelaide, where his final innings 141 almost brought about a successful run chase of 364.

Further centuries followed at Melbourne and Sydney, and he was knocking on Smith’s door as the leading Test batsman in the world. England were put to the sword in late 2016, culminating in an innings of 235 in the Mumbai Test and successive double-centuries followed the next year against Sri Lanka at Napur and Delhi.

Back in England in 2018, he was determined to right the wrongs of the previous tour, and he did so to the tune of 593 runs in the five Tests. His innings of 149 and 51 in the first Test at Edgbaston were enough to push him to the top of the ICC Batting Rankings for the first time, dislodging Smith, and there he was to remain until the Australian returned from his ban.

The total of 937 points he achieved towards the end of the series set a new record for any Indian batsman in the rankings, surpassing Sunil Gavaskar’s 916 points from back in 1979. 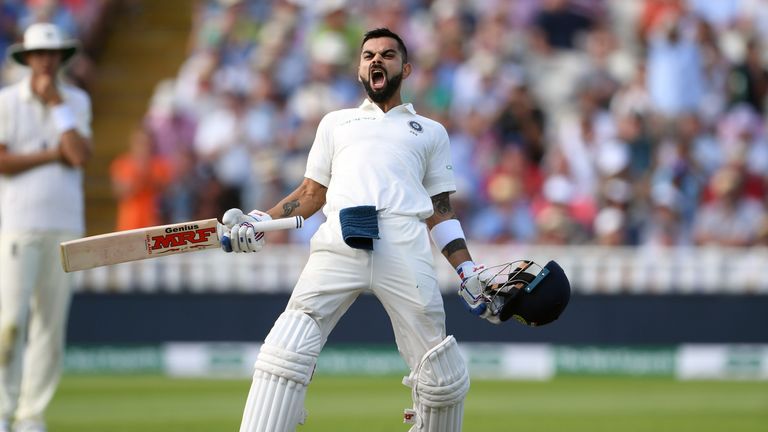 Runs continued to flow, and South Africa were put to the sword with an unbeaten innings of 254 at Pune in 2019, astonishingly the 16th time he had made a career-best score in Test cricket, a run as follows:

That innings cemented his position as the greatest run-scorer and century-maker in all international cricket in any decade:

Most Test runs in a decade

It remains to be seen how far into the 2020s these two batsmen will continue their run-scoring feats, but with age still very much on their sides (Kohli is 32 and Smith is 31), who would bet against them setting more records before they sail off into the sunset.