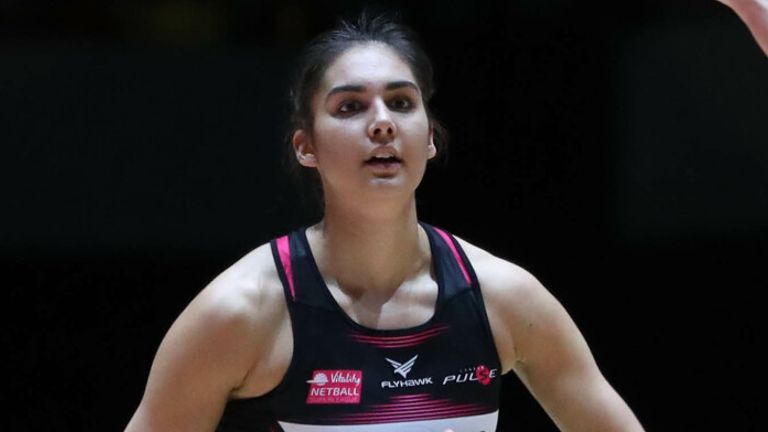 London Pulse and Wasps ended Round 12 of the Vitality Netball Superleague on a high note with victories over Surrey Storm and Severn Stars respectively at the Copper Box Arena.

Pulse had to dig deep in the latter stages against Storm, but Wasps led Stars from start to finish in the earlier of the two matches at Superleague’s new temporary home in London.

If you did miss any of the action, then you can watch every match back in full on the Sky Sports YouTube channel and the competition returns on Friday with a 10-match weekend.

In the final match of Round 12, London Pulse and Surrey Storm delivered another outstanding derby and it took a final-quarter comeback from Pulse to secure a 43-41 victory.

Sam Bird’s outfit went into the fourth quarter 32-31 down and showed their character to overcome a Storm side that had produced one of their strongest performances of the season.

Ahead of the contest, the air crackled with excitement as the two rivals prepared themselves for another tense derby and, from the first whistle, both sets of players went hard at each other.

Emma Magee was instrumental in the Storm attack and they confidently pressed 16-11 in front. Bird’s young Pulse side kept cool heads, though, and used the latter stages of the half to erase the deficit and ensure it was level at 21-21 at half-time.

Storm kept their line-up unchanged for the third quarter, but Pulse introduced Lindsay Keable and Funmi Fadoju at GD and WD.

From the outset, the duo – and Pulse’s whole defensive unit – worked tirelessly to pressurise Storm. However, they found themselves on the wrong side of umpire Gary Burgess, who cautioned them and then elevated that to a warning.

With the next level of sanction being time off court for a player, Pulse had to keep their discipline in check and Storm used their nous to move one ahead.

As the final quarter played out it remained tight, with turnovers being replicated by Alima Priest and Keable at both ends.

But Pulse had one last flourish in them and, assisted by the accuracy and creativity of Sigi Burger, they were able to secure an outstanding derby victory at the death.

After their loss to Loughborough Lightning on Sunday, Wasps returned to winning ways in emphatic fashion with a 53-27 victory over Severn Stars.

Throughout the match, head coach Mel Mansfield was able to field different combinations and see her team keep their error-rate low. In contrast, Stars lost their way during the second quarter and never fully recovered.

During a close first 12 minutes, both teams pressured each other hard, before Stars produced a spate of errors in the second quarter.

A missed shot and a footwork call started the unravelling process. That combination handed Wasps the chance to put their foot on the accelerator, while Melissa Bessell’s outfit could not find a route to goal due to Fran Williams’ and Josie Huckle’s dominance.

After half-time, Mansfield introduced the dynamic Gezelle Allison into Wasps’ attack-end, while Stars also changed their personnel in a bid to settle.

A more positive half ensued for Stars and although Bessell reserved considerable praise for 16-year-old shooter Issy Eaton, the head coach may well be concerned with her team’s performance overall.

For Wasps, the victory puts them on exactly the right track going into an important two-match weekend against Team Bath Netball and Leeds Rhinos.

Sky Sports is your home of netball. The Vitality Netball Superleague continues on Friday with Round 13 and the start of a 10-match weekend, live on Sky Sports and streamed on the Sky Sports YouTube channel.