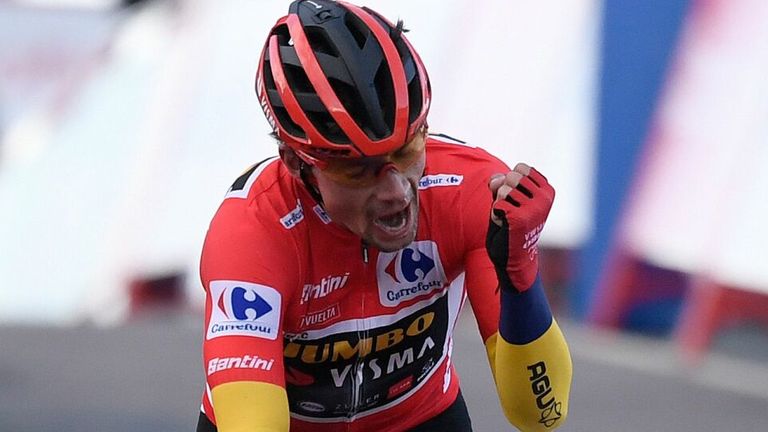 Primoz Roglic is poised to retain his Vuelta a Espana title despite a bold attack by Richard Carapaz as Britain’s Hugh Carthy remained third after a dramatic finish on the penultimate stage.

The 31-year-old Slovenian, who lost the yellow jersey at this year’s Tour de France in the final time trial, was dropped by second-placed Carapaz on the final ascent of Saturday’s 178km mountain stage, but held on to the red jersey.

Roglic, who began stage 17 with a 45-second lead, leads Ecuador’s Carapaz by 24 seconds and Carthy by 47 seconds ahead of Sunday’s processional final stage into Madrid.

France’s David Gaudu claimed his second stage win of the race to move into the top 10 in the general classification.

“It’s always good to have some exciting finishes and this was exciting, but I still had just enough left that I knew if I went at my own tempo it should be enough,” Roglic said.

“Sometimes at the end you just need to stay under control and do you thing. What can I say? I’m super happy and it’s a really nice way to finally finish the season.”

Roglic conceded almost two minutes to eventual Tour de France winner Tadej Pogacar on the decisive time trial in September, and a repeat appeared a possibility when Ineos Grenadiers rider Carapaz raced clear near the top of the steepest section of the final climb.

However, Roglic dug deep to pace himself to the finish, even as Carthy put in a final effort to consolidate his third place, with Irishman Dan Martin almost two minutes further back in fourth. 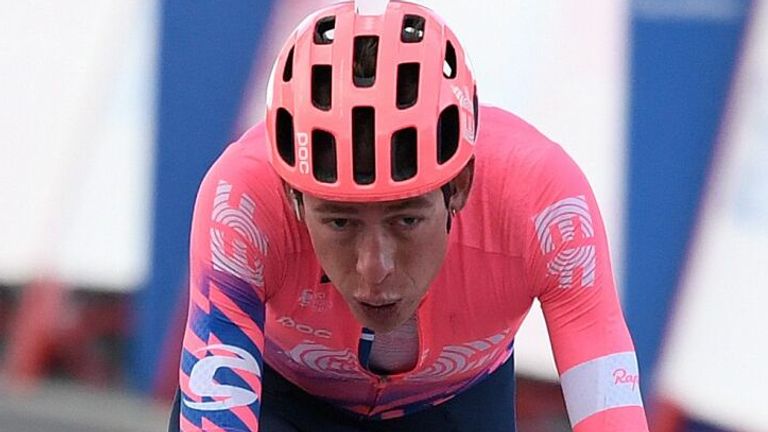 “I was trying to test Roglic and Carapaz, but in the end it was not enough,” Carthy said.

“We gave our best, the whole team, for three weeks so no complaints.

“It was a team effort and without them I couldn’t have done the three weeks like this. I’m happy with the progression and proud of myself for showing my ability.”