WACA chief executive Christina Matthews has implied Cricket Australia was not ready to have a woman at the helm after she missed out on the top job.

Amid a time of cultural change in a governing body criticised for its poor culture, Matthews was shortlisted as a potential replacement for CA chief executive James Sutherland, who announced mid-year in the wake of the ball-tampering scandal he was standing down after 17 years in the key post. 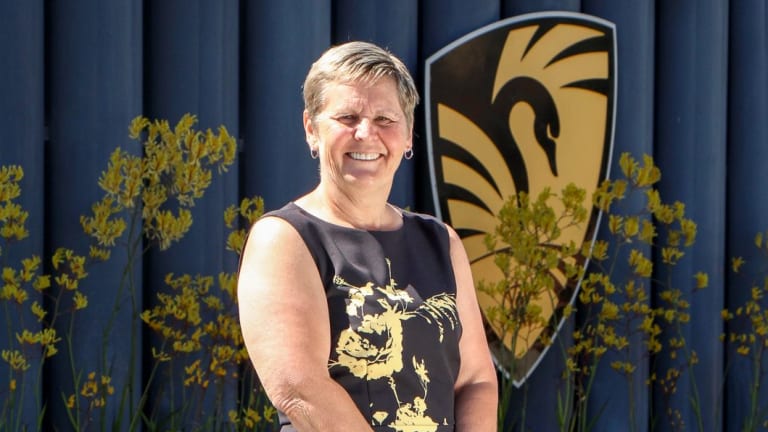 CA board member and Australian Grand Prix Corporation chairman John Harnden and former NSW Cricket chairman John Warn had also been in the running but all were beaten by Kevin Roberts, who had been second in command.

However, Matthews, 58, who has been praised for her role in uniting and developing cricket in WA, said she never felt she was likely to get the job at Jolimont.

"I got taken seriously because after it was all over, I got a call from a couple of board members to kind of compliment me and say the impression I made on them and that's always nice but it's an institution, it's not easy to change an institution," she said.

Asked why she felt she had been overlooked, the former Australian cricketer replied: "It's hard to say, isn't it, because the person who got it, they deemed the better person. I am a CEO in WA for a start – it's a long way from the east coast from seeing day to day what happens here," Matthews said on SEN.

"I had an interesting experience in the process of talking to people about when they knew I was applying, females would go: 'Fantastic, you would be great', and men would go: 'Really, you think you're up for that?' So, it kind of told me that maybe we are not quite ready for that yet."

It has been pointed out there are two female board members on the CA board – Jacquie Hey and Michelle Tredenick – while there are five women on the executive management, more than men. Cricket insiders insist the CEO selection process was based solely on skills and long-term vision.

Roberts has been working hard to build more coherent and friendly relationships with all parties involved in the game, and impressed at a meeting of state chief executives in Perth.

The CA board still has two vacancies to fill following the departures of Mark Taylor and former chairman David Peever.

The Age understands former batsman Mike Hussey would be interested in replacing Taylor depending on the responsibilities and time involved.

Matthews also had a veiled crack at Peever, who had initially refused to stand down in October despite the damning Longstaff report making his position untenable.

"What happened in South Africa was kind of an insult to everybody, how they feel about the game," she said.

"Then we follow that up a few months later with a culture review – and let's say the lack of foresight from Cricket Australia on how the public were going to react to that. So you kind of live and learn."

Matthews has had an important role in the rehabilitation of the suspended Cameron Bancroft, revealing he had spent more than 200 hours – double the penalty – completing community service.

"We have had a team approach to it so there have been three or four of us who have specific roles with Cameron. Mine was to manage his community service and to work with him and our psychologist and our head of high performance on what we wanted him to do," Matthews said.

"We didn't want it to be a ticking the box exercise and do 100 hours at a junior club and there you go. We wanted it to be a learning experience for him and, to be fair to him, he wanted it to be a productive experience as well. It was exciting last week when I could write to Cricket Australia and let them know Cameron has completed his community hours." 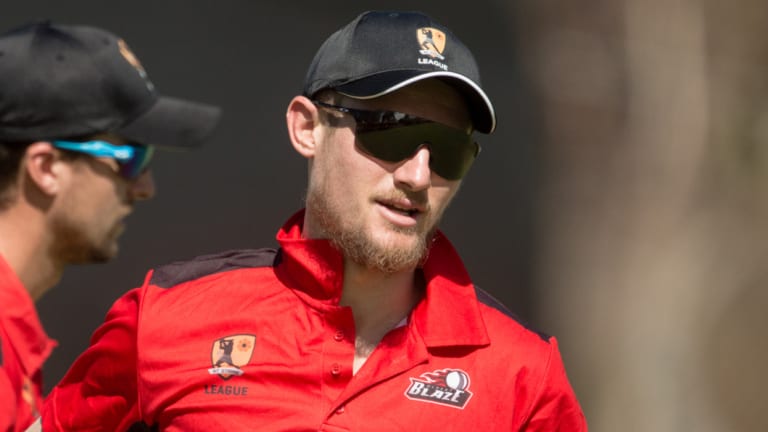 Cameron Bancroft’s suspension will be over on December 29.Credit:AAP

Bancroft can return on December 29 from a nine-month suspension for his role in the ball-tampering scandal.

Matthews believes Bancroft was as much a victim as he was perpetrator in the ball-tampering saga with his involvement an indictment on the Test team's leadership in South Africa. The saga also led to skipper Steve Smith and his deputy David Warner being suspended.

"He [Bancroft] was only an eight-Test player, he was new [into the team], I think he was widely seen as a much a victim as a perpetrator in the whole thing," Matthews said.

"I think he was naive and desperate to belong and so he was caught in a position of 'what do I do?' I think that's the real indictment – when your captain kind of knows what's going on and doesn't stop it, and your vice-captain is involved, you sort of go: 'Where do I go?'

"He says, and we have said all the time, his responsibility was to say no. But for whatever reason, he felt he couldn't. But he has done everything since to take responsibility and make the most if it.

Matthews said the new Optus Stadium was keen on staging a day-night Test and denied the time difference with the eastern seaboard would be an issue.