ACT Brumbies prop James Slipper says it's time for the Wallabies to wipe the slate clean and use the Super Rugby season to launch their against-the-odds World Cup charge.

Australia has just finished its worst season since 1958 and Slipper is on his own redemption mission as he vies to play his first Test in almost three years in time for September's World Cup. 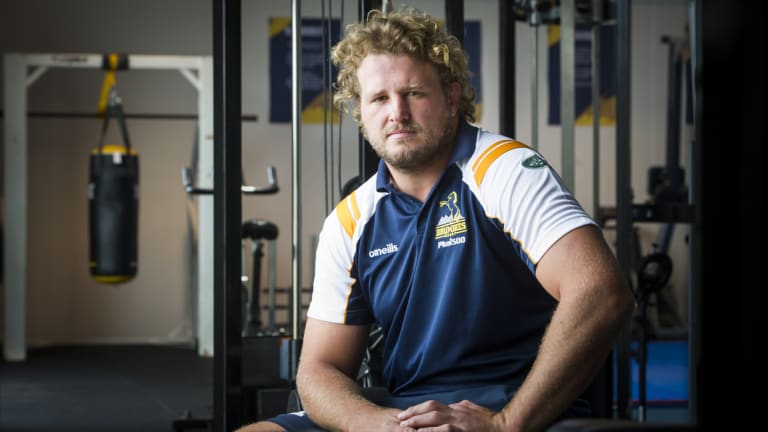 Former Wallabies captain James Slipper wants to make his comeback in time for the World Cup next year. Credit:Elesa Kurtz

Slipper wants to relaunch his Wallabies career at the Brumbies after the 86-Test veteran was ousted by the Queensland Reds following a two-month ban for twice testing positive to cocaine.

The loosehead watched every minute of the Wallabies dismal spring tour and admitted it was tough viewing at times but backed them to bounce for next year's tournament in Japan.

"Look they’ve had a hard year but I’m sure they’ve learned a lot from the year," Slipper said.

"Traditionally the Wallabies seem to go pretty well when the World Cup rolls around. It’s hard for me to comment too much about it because I haven’t really been there for two years but the players are there to be competitive and I’m sure they would have learned a lot from the results this year.

"The important thing is to wipe the slate clean and really get stuck in and that starts at Super Rugby. We really need our Australian teams performing well and I think the more Australian teams that perform well gives you that form. We need our good players playing well going into a World Cup, that's the key."

Slipper went to the past two World Cups and the one-time Wallabies captain wants to play his way into Australian coach Michael Cheika's selection frame.

"I’d love to, I certainly wouldn't say no but obviously I’m just concentrating on getting some game time at the Brumbies and whether that’s on the bench or starting it doesn't bother me," Slipper said.

"I just want success for the Brumbies and if that chance comes up to play for Australia again I’ll take it."

The 29-year-old said he was looking forward to the challenge of competing for a spot against Wallabies and Brumbies front-row duo Scott Sio and Allan Alaalatoa.

"I’ve been mates with both of those boys for a long time and I guess competition in any sport for positions is healthy for the squad," Slipper said.

"You look at the teams that win Super Rugby or go deep into the finals they have a really strong squad. Hopefully that’s what we’re building down here, a lot of competition for spots to make the team push each other along."

Brumbies coach Dan McKellar offered Slipper a career lifeline last month and without international duties he has been "ripping in" to this full Super Rugby preseason in almost a decade.

"Last year I was coming back from a snapped achilles which made it hard but this one is the first times I’ve gone fit into a preseason and got one under the belt," Slipper said.

"It’s been good. The boys are enjoying their time together and working hard together. Every team will tell you they're having the best season but we're genuinely going really well and putting in the hard work now so hopefully we get the benefit next year."