Cardiff: Australia’s hookers have made a pact to take more ownership of a key part of their craft – throwing pinpoint lineouts – ahead of a spring tour in which opponents will look to target the Wallabies' weak set piece.

The lineout has been an incessant problem for the Wallabies throughout 2018. It is an amalgamation of poor throwing, ineffective communication and a lack of confidence against some shrewd defensive lineout sides. 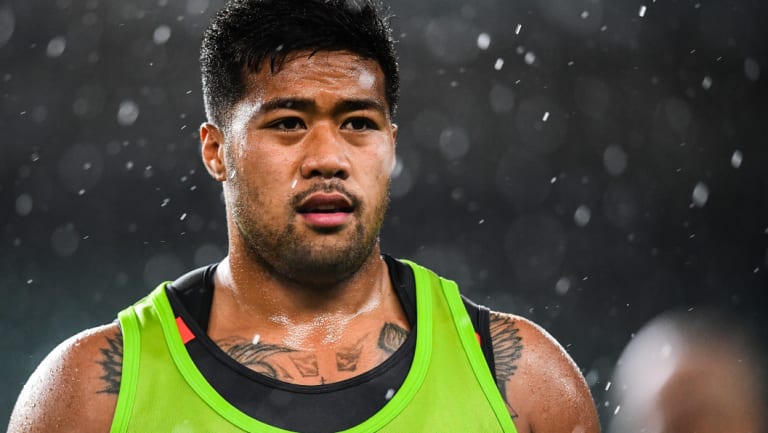 Squandering territory and possession has become an all too regular occurrence for the Wallabies and all forwards involved know at Test level, giving away hard-earned ball is a cardinal sin.

The Wallabies have welcomed back 86-Test hooker Tatafu Polota-Nau into the squad from commitments with Leicester. He joins Folau Faingaa, Australia’s starting hooker in their last match against the All Blacks in Yokohama, and Tolu Latu, who has played six matches off the bench this year.

Neither Polota-Nau or Faingaa are guaranteed starters for the Wales Test on Saturday, with all three rakes in the mix to run out at Principality Stadium in front of a big crowd.

Nonetheless, the trio want to ensure they are doing their bit for the team and making sure they are as clinical as possible.

“From us hookers we’ve got to take more ownership on that as well,” said Faingaa of the team's lineouts. “Just doing extras throughout the week and just hitting those spots during the week so we can take it into the game.”

“We’ve got to be getting better quality ball to our halfbacks and that is something we have been working on,” Pocock said. “We know how important it is and as a forward pack we had a good chance last week in Odawara to put some work into that and we’ll continue that."

Pocock, like every single one of his teammates, has an unblemished record against Wales and would fancy the Wallabies' chances of continuing that streak. There is quiet confidence in Wallabies camp they can get themselves out of a form slump against the third-ranked side in the world, who are coming off an 11-point win over Scotland.

“It has been a tough year results-wise, there has been plenty of effort but what you need is to get that effort to show in the 80 minutes on the weekend,” Pocock said. “That’s our challenge over the next few weeks.

“If you look at Wales they are six-in-a-row. If you compare that to our season, they have looked pretty good this year. We know how tough it’s going to be.

“It’s always a very tough challenge playing Wales at Millennium Stadium; one of the great stadiums of the world [with an] amazing atmosphere.”