Winx breaks the mould of what a horse can and should be, and champion trainer Chris Waller believes she might, as a seven-year-old, be going better than ever.

She has already done things Waller didn’t think he would see in a horse and it wouldn't surprise him if she continued in that vein in the spring. 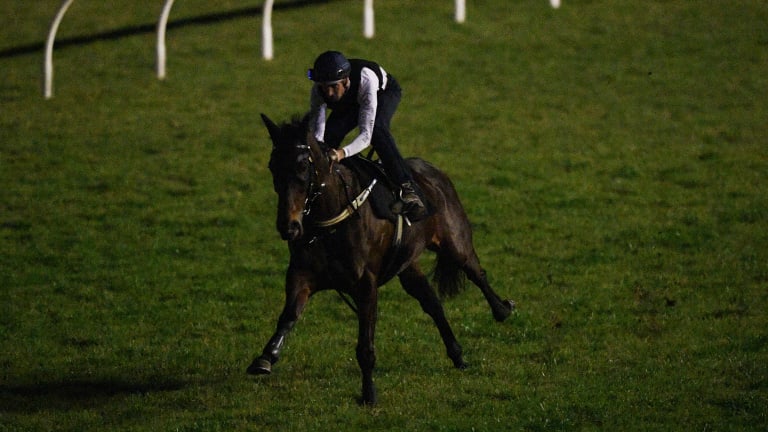 Flying: Winx works with Hugh Bowman in the saddle at Rosehill on Thursday.

She lines up for a fifth spring campaign; the past three have delivered a Cox Plate at the end of them, and that's the target again. There is another record ready to broken in the race which now carries her name, the Winx Stakes, at Randwick on Saturday.

She is looking for a 26th consecutive win to surpass the winning streak of another great mare, Black Caviar.

Waller is not known for making outrageous assertions but he looks at Winx and speaks his mind.

“I think there’s more chance of her improving than going backwards.”

He has a keen eye for his champion and is looking for a reason she shouldn't race on. But there is no sign of that and jockey Hugh Bowman believes she is ready to make it a seventh group 1 in a row on Saturday.

“She knows it's game day and judging on the way she felt this morning, I’m pretty excited at what lies ahead. She felt great, and as strong as ever. I can’t wait until the race, to be honest,” Bowman said after riding a gallop in front of the media on Thursday.

She has resumed at 1400 metres on four occasions for four wins at group 2 level but this time is different as it carries a group 1 tag because of Winx's dominance in the race for the past two years.

It means Waller has her a bit sharper than usual for her return.

“I would say we have concentrated a little bit harder being a group 1 race rather than a group 2 race. It is a slight step up and you have to be ready for all the challengers,” Waller said. 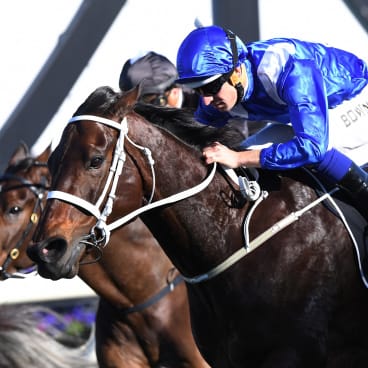 Ears back: Winx edges out Foxplay in the Warwick Stakes last year.

“It is a good field but I wouldn’t say there are specialist group 1 1400m horses in the field. At the same time we will give them all the respect they deserve.”

In the back of the minds of Waller and Bowman must be what happened in this race, when known as the Warwick Stakes, last year. Winx missed the kick by half dozen lengths and then produced an enormous sprint to win, running 31.98 seconds for her final 600m

“This race last year she missed the start, so that was out of our control. If you go back to last year’s race it is the quickest she has ever gone. She might have broken 32 seconds for her final 600m,” Waller said.

“I have never had a horse that can do that. I think that is what makes her so special, she is able to get out of a lot of situations.

“It is the best thing about Winx that she performs under high pressure and she can sustain it for a lot longer than normal horses.” 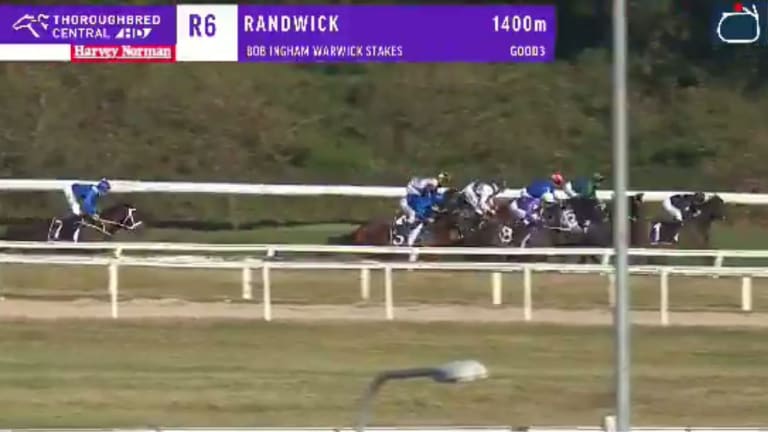 Scare: Winx misses the start in the 2017 Warwick Stakes before recovering to win.

Bowman feels Winx is in a more settled mood than 12 months ago and can’t wait for Saturday.

“She seems to be a much more mature individual now and she still seems to get a bit anxious in there [the barriers], there is no doubt about it, but I’m confident we won’t have a repeat of last year,” Bowman said.

“When I watch the replay I get a little bit more agitated than I did actually riding in the race. She is in much better order this year mentally.

“I’ve said it before, I wasn’t all that happy with her behaviour leading into that run. She was playing up in the barriers in her trials and we saw what happened.

“This is short of her best distance and 1400m is probably her most vulnerable distance, or will be for this preparation, and the reason for that is she likes to go through her gears."