Essendon's limping players have declared they want to be known as a "ruthless" team, as part of their quest to leave an imprint on the league.

Coach John Worsfold made it clear after the shock loss to Carlton he felt the Bombers lacked a "brand", having lost their past four matches to be left languishing in 15th spot. 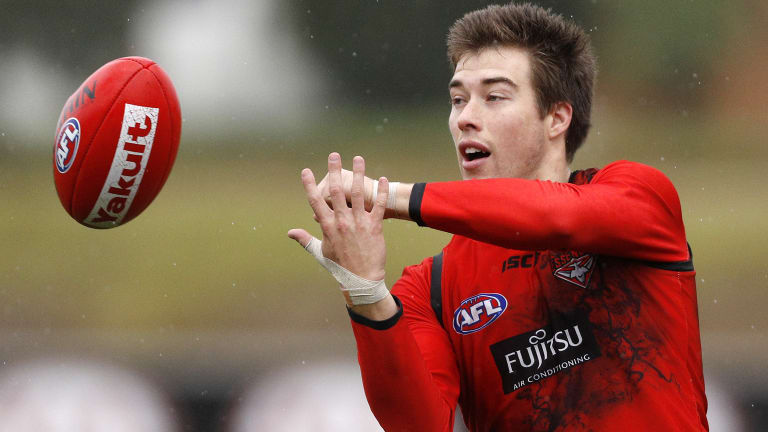 The defeat has turned the spotlight on all areas of the club, including what Worsfold believes is a need for the players to have a "trademark" and show what they stand for, heading into Saturday's clash against Geelong.

There already was change on Monday when assistant coach and game-performance manager Mark Neeld quit.

Midfielder Zach Merrett has had an indifferent season, the All-Australian having struggled when tagged. He was unable to have an influence against the Blues, held to just 16 disposals and a goal by Ed Curnow, while the typically robust Blue had 24, including two goals. Merrett is one player the Bombers need more from.

"It's been a pretty disappointing month. To lose four games in a row is never fun and the way we've played hasn't been up to scratch. We need to bounce back and try to get the four points but also play the way we want to play."

Skipper Dyson Heppell has urged his men to keep "challenging each other" and maintain a belief the season "can be turned around", with one focus to be how to curb opposition run-ons.

The Bombers have the Cats, Greater Western Sydney, Richmond and Brisbane heading into the mid-season bye.

"We are a bottom-of-the-rung side at the moment but your season can really turn quickly. I truly believe that. What a great opportunity – we can go and attack these sides with nothing to lose, show that real care and effort for each other. Keep the message very simple and basic and focus on playing your role and see what we can do," Heppell said.

The Bombers have much to do. They have conceded 96.4 points per game (ranked 16th), having been unable to contain opposition scoring from stoppages and turnovers. They are also too easily conceding marks inside defensive 50.

Their recent woes are reinforced by the fact that they sit last on the form ladder from round five, having averaged 67 points per game. This from a team that last year was one of the most potent scoring teams, and had added Jake Stringer, a proven goal-kicker from the Western Bulldogs over summer.

However, Stringer has failed to deliver the punch expected of him, whether that be as a midfielder, a role he had trained for over the pre-season, or as a forward. He has been goalless for a fortnight and appears not to have the fitness base needed to be a threat. AFL great Wayne Carey has also been critical of Stringer's regular attempts to mark over an opponent, rather than take front position and give his teammates a leading target.

While Stringer has not been a threat, fellow recruit Devon Smith has been consistently productive, while former Sun Adam Saad has provided some dash from half-back.

"But I have been really impressed with the way Devon Smith has played all year. He has been one of our best and most consistent players and that's a massive tick. Adam Saad has been great off half back. Jake has, obviously, shown glimpses of what he can do as well."

The Cats will regain Tom Hawkins available after he completed a one-match ban for touching an umpire.

The star forward was delighted with what he said were some of the team's "lesser names" in the 21-point win over Collingwood, with Tom Stewart, Sam Menegola and Esava Ratugolea enjoying strong performances.