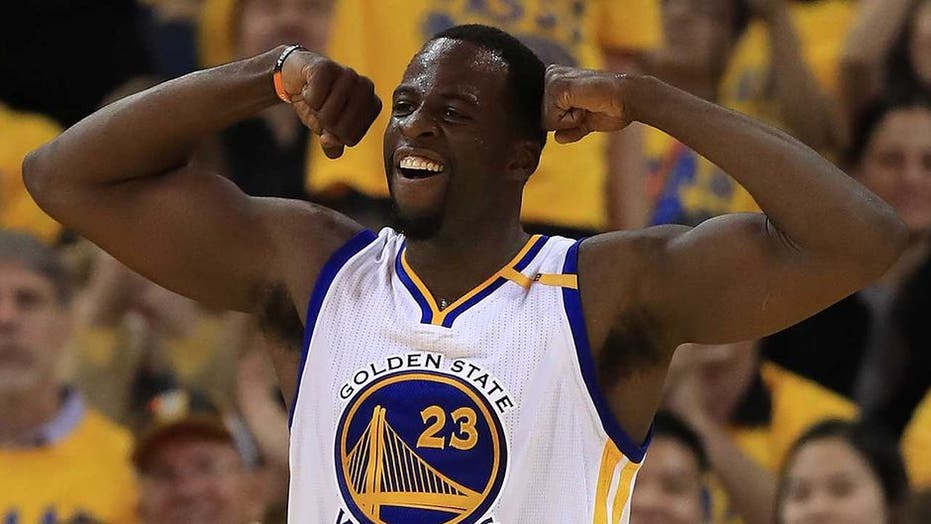 Golden State Warriors star Draymond Green offered a message early Thursday to those who say sports can be put on the backburner for social justice issues.

Green made a comment on Instagram and sent out a flurry of tweets after the Milwaukee Bucks led a strike against playing their playoff game Wednesday night. Other teams followed suit and eventually, the NBA announced the postponement of the games slated for Thursday.

“But why can sports wait? Because it’s a sport? It to [sic] is a business, like the many other businesses in the world. Why is it that sports can wait but other businesses should not? If that is the case why shouldn’t the CEO of YouTube boycott Alphabet? Or the President of Apple boycott the company? But you say basketball can wait… Is it because sports(the platform) has afforded the athletes involved such huge platforms? Or maybe the athletes involved past and present actually afforded sports those platforms, that the many athletes currently have today(that’s neither here nor there),” Green wrote.

“The notion that athletes should just stop working but no one else in the world should stop is baffling to me," he continued. "Why stop doing the very thing that offers you the biggest platform to speak for those that look like me/a lot of us. To do that is to actually give up the platform to speak for them, because without us using our platforms which is afforded by the influence of the sport, it actually stops us from echoing what those in the back are saying. Those people then will never truly be heard. Athletes stand with the people, no secret there, but to actually tell athletes to stop doing what provides that platform to speak for the people is actually counterproductive. In my opinion.”

"I stand with my brothers in the bubble continuing to stand for what’s right and fight the oppression of Black People. But I do hope that they understand, that we too have a job to do, which is continue building that very platform that we are using to speak for OUR PEOPLE!

“[T]hat blacks has been suffering from for hundreds of years! Now is that time. Platforms has been used to get the attention that we all has so desperately wanted for a long time. Now the way we move as a unit is critical!

“Trusting each other, supporting each other! Pushing those narratives and putting in action all that we can for those people that can’t put it in action. Use the platform for them. Be very tactical and super specific of everything we want and desperately need!”

The Los Angeles Lakers and Los Angeles Clippers reportedly voted to stop playing the NBA season in the aftermath of the walkout. ESPN reported that the playoffs would continue.

NBA games are set to take place at 4 p.m. ET on Thursday but were postponed.