Golden State Warriors star Draymond Green became visibly upset, and this time the subject matter did not involve a bad call or a bad performance.

“I’d like to talk about something that has been bothering me – it’s the treatment of players in this league,” Green said following the Warriors’ win over the Cleveland Cavaliers on Monday. “To watch Andre Drummond before the game sit on the sideline and go to the back and come out in street clothes because the team is going to trade him is (expletive).”

So to prevent Drummond from experiencing a possible injury and subsequently diminishing his trade value, the Cavaliers have decided not to play him. So, Drummond attended Monday’s game against the Warriors in San Francisco while sitting on the bench and not in uniform. 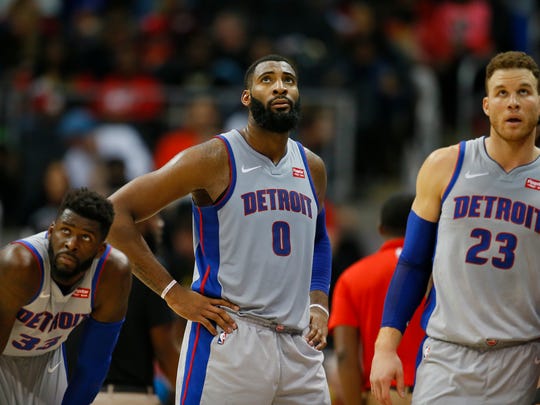 The Detroit Pistons have pursued a similar path with All-Star forward Blake Griffin for similar reasons. The Pistons (8-19) have the worst record in the Eastern Conference. Griffin has a heavy contract that makes it harder for the team to rebuild around him.

In fairness to the Pistons and to the Cavaliers, they have tried to make this a win-win resolution for all parties. The Pistons sent out a release with statements from general manager Troy Weaver about his stated plans and talks with Griffin and his representatives. In that same release, Griffin said in a statement that he “feels grateful to the Pistons for understanding what I want to accomplish in my career and for working together on the best path forward.” Cavaliers coach J.B. Bickerstaff told reporters on Monday that he and the Cavaliers’ front office have had varying conversations with Drummond and his representatives about the same thing.

“We thought we came to the right conclusion that was best for everybody,” Bickerstaff said. “I have a ton of respect for Andre as a human being and a basketball player. We always want to do what is right by our guys. Sometimes you’re forced in a difficult position that is not easy to navigate. But in respect to Dre and all that he has accomplished and what he’s done to help us, we felt this was the fairest thing to do for him.”

Drummond has not spoken to reporters, so it is not entirely clear to what extent he feels the same way. With Green speaking with Drummond before Monday’s game, you cannot help but wonder if Green spoke on behalf of his friend. Regardless, Green’s overall issue with Drummond’s situation does not just rest with him and the details of his specific situation. Maybe the Cavaliers have handled this as best as they can amid tough circumstances. Instead, Green’s main gripe points to the double standard on how NBA franchises and star players are viewed when they try to end their partnership for the sake of a better future.

When LeBron James initially left Cleveland to go to Miami in 2010 in hopes of winning an NBA title, Cavs owner Dan Gilbert released a letter on the team’s website condemning James that included various personal attacks. After the NBA nixed the Lakers’ deal that would have landed him Chris Paul in 2011, the Lakers spent the next three seasons dangling Pau Gasol in trade discussions that inevitably leaked out. And there are countless examples of players finding out they were traded through a reporter or social media rather than from the front office themselves.

“We’ve seen situations where Harrison Barnes get pulled off the bench and DeMarcus Cousins finding out he’s traded in an interview after the All-Star game, and we continue to let this happen,” Green said. “But I got fined for stating my opinion on what I thought should happen to another player. But teams can come out and continue to say, ‘We’re trading guys and we’re not playing you,’ and yet we’re staying professional. At some point, players need to be treated with the same respect and have the same rights that a team can have.”

It doesn’t have to be this way. Both NBA players and teams don’t have to be naive about the competitive and financial nature of the business. But they should be able to collaborate in a more constructive manner.

“When James Harden asks for a trade, and essentially dogged it, there’s no surprise there. … But he was castrated for wanting to go to a different team and everybody destroyed that man. Yet, a team can come out and say, ‘We want to trade a guy.' Then that guy has to go sit and then if he doesn’t stay professional, then he’s a cancer and he’s not good in someone’s locker room. And he’s the issue.”

After believing that Oscar Robertson’s retirement in 1974 hurt the team’s chances of winning another NBA title, Kareem Abdul-Jabbar spoke with Milwaukee Bucks owner Wes Pavalon about trading him either to the New York Knicks or the Lakers. Both parties stayed quiet until the Bucks pulled off the trade eight months later. Perhaps that has become more difficult during the social media era. But the Oklahoma City Thunder managed to deal Paul George to the Los Angeles Clippers and Russell Westbrook to the Houston Rockets 1½ years ago after the two stars had private conversations with the front office about wanting to go to those teams. Most modern NBA teams say they try to forge a collaborative partnership with their star player, while still having respectful boundaries.

“To the extent that a player is unhappy with his team or a team is unhappy with a player, it’s always the league’s strong view that those matters get handled behind closed doors,” NBA Commissioner Adam Silver said before the season. “We recognize that it’s part of the dynamic of any relationship, and employer-employee relationship, that occasionally things go sideways, and especially when there are changes around a franchise. But again, the expectation is that everyone is professional and that team personnel have an opportunity to speak directly to each other, including having in some cases difficult conversations with each other. But those conversations, those disputes be handled privately.”

Anthony Davis tried to do that with the New Orleans Pelicans after becoming frustrated with the front office’s direction. So did Harden after the Rockets failed to retain a proven head coach (Mike D’Antoni), a general manager (Darryl Morey) and upgrading their roster. Both teams initially ignored the requests. Not every team has to listen to what a star player wants. Remember, the Lakers did not adhere to Kobe Bryant’s trade requests in 2007. But Bryant still remained committed toward playing the next season, both because of his competitive nature and because the Lakers had more direct communication about their vision. 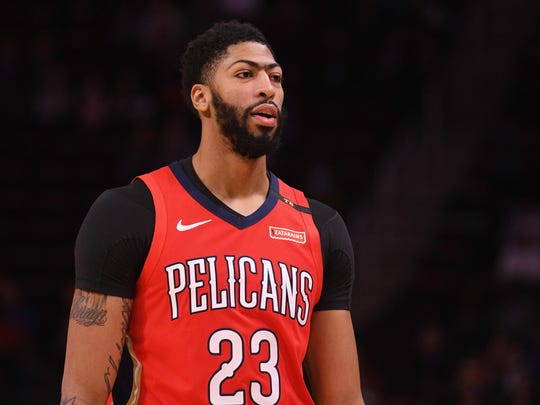 When Anthony Davis publicly requested a trade out of New Orleans in January 2019, the NBA fined him $50,000.

That did not happen for Davis. His agent, Rich Paul, publicly called for a trade midway through the 2017-18 season. Once the Pelicans eventually changed front offices, they pulled a deal in the offseason. That did not happen for Harden, either. Instead of trading him around the same time they dealt Westbrook to Washington, the Rockets waited a month later before dealing him to Brooklyn.

Granted, Harden deserves scrutiny for not arriving to training camp right away, disrespecting teammates and blatantly violating the health and safety protocols during a pandemic. But you can’t fault Harden or any NBA player for shaking trees after feeling their voices have gone ignored.

“A team can say they’re trading you, and that man is to stay in shape and stay professional. If not, his career is on the line,” Green said. “At some point, the league has to protect the players from embarrassment like that.”

So after answering a question about his chemistry with longtime teammate Stephen Curry for 30 seconds, Green shifted the conversation unprompted about the double standard between professional athletes and organizations. For over three minutes, Green spoke with passion in his voice and specifics with his examples.

“Anthony Davis got fined $100,000 or something like that for demanding a trade publicly," said Green, who was referring to when the NBA actually fined Davis $50,000 in January 2019, when he asked to be traded from the New Orleans Pelicans. "But you can say Andre Drummond is getting traded publicly and we’re looking to trade him publicly, and he’s to stay professional and just deal with it,” Green said. “But when Kyrie Irving says my mental health is off, everybody goes crazy about that, too. Do you not believe that affects someone else mentally? As much as we put in the game to be great to come out here to be in shape and produce for fans every single night and help your team win, do you think that doesn’t affect someone mentally? But as players, we’re told, ‘You can’t say that, you can’t say this,’ but teams can? It goes along the same lines of when everyone wants to say that ‘young guy can’t figure it out.’ But no one wants to say the organization can’t figure it out. At some point, the players must be respected in these situations. It’s ridiculous and I’m sick of seeing it.”