Michael Jennings has described his shock stint in reserve grade as the “kick in the bum I needed” and has vowed to lift his form to ensure he isn’t dropped again.

Jennings was dropped to feeder side Wentworthville last weekend, but didn’t miss an NRL game because the Eels had the bye. The former NSW and Australian centre scored a try in the Magpies’ win against the Warriors, doing enough to earn a recall to first grade for Friday night’s clash with Newcastle. 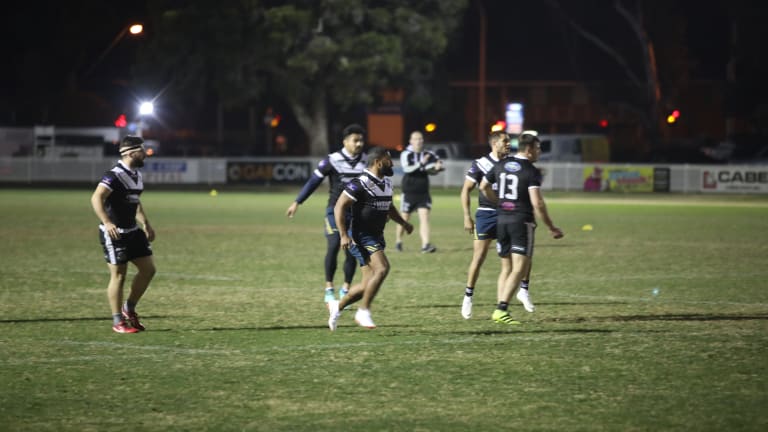 The 30 year old conceded he deserved to be axed and believes it was the wake-up call required to spark him out of a form slump.

"I wasn’t at a first-grade standard,” Jennnigs told Fairfax Media. “I needed that kick up the bum to get me going. It’s humbling to go down there, you appreciate what you have. You see how much effort the guys put in to try to be first graders, it was an eye opener for me.

“It was not something you want to do but for myself you have to get down there and play good footy to get back up.”

Parramatta coach Brad Arthur had put Jennings on notice several weeks ago, warning the veteran centre he would be axed if his form didn’t improve. After a series of poor performances, Arthur made good on his threat.

“It was a hard decision for him to make,” Jennings said. “Brad said the tough call had to be made. He wanted me to play that weekend, get down there, get a bit of confidence and play my footy and come back. 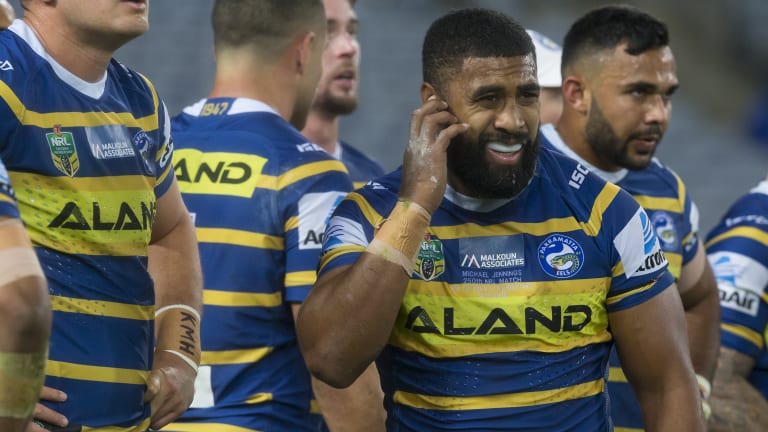 Not good enough: Jennings paid the price for the Eels’ shocking run this season.

“There’s no grudge there, nothing between me and Brad. I have to take the positives out of it and go back to first grade.”

For much of his career, Jennings has spent this time of the season in Blues camp. But having already lost his NSW jersey, he had to don the black and white of Wentworthville in front of a handful of fans at North Harbour Stadium in New Zealand.

“It was probably 50 people, maybe,” Jennings said. “It’s an attitude kind of thing. I went down there with the right attitude, I didn’t muck around and just copped it on the chin. I did my job down there and didn’t focus on getting back in first grade. I had to do my job for the boys down there.

“You take the lesson out of it but you don’t want to go back. It’s a learning curve for me. It hurt at the time but I guess I’ve got to get over it and take the lesson and move on.”

It’s not the first time Jennings has been punted to reserve grade. He also did a stint while at Penrith and was forced to endure the added humiliation of handing out free tickets during an NRL match in 2011.

“I still remember that time when I was handing out tickets,” he said. "I think I played in Origin after the last time I got dropped. I know my ability, I never doubted it. It was a rough patch, the last month. It was pretty tough mentally and physically, it felt draining.

“To not have a week off and going down to Wenty, it was the kick up the bum I needed to relax and do what I’m capable of doing. I’m focused on performing this week and doing a job for the boys.”

Jennings will have additional competition for backline spots from next year. The Eels have signed Roosters star Blake Ferguson for the next three seasons on a deal worth $1.5 million. While Ferguson is viewed as a wing replacement for Semi Radradra, his addition to the squad is further motivation for Jennings to return to something resembling his best.

“Having Fergo here is awesome,” he said. “He’s got experience, he’s a great bloke and it will help building for next year. It makes every position tough to make and I have to work hard."