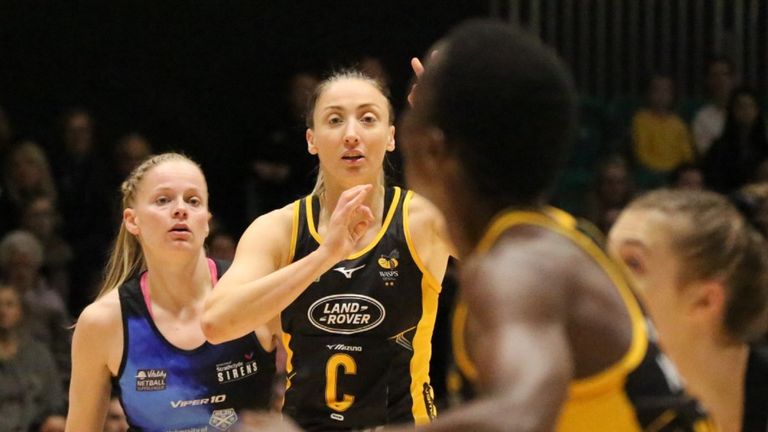 Wasps eased past Sirens to maintain their perfect start to the season, while Loughborough Lightning moved back into the top four on a dramatic Saturday night in the Vitality Superleague.

Team Bath had got the latest round of action rolling with a superb win over Manchester Thunder in a thrilling contest on Friday night, and there was more drama on Saturday as Lightning were pushed all the way by London Pulse, before sealing a third successive win, and Surrey Storm were edged out by Celtic Dragons.

However at the top of the table, leaders Wasps continued their 100 per cent start to the season with a dominant 61-34 win over Sirens as they chase a third consecutive Superleague crown.

Victory means Wasps sit six points clear of Saracens and Thunder, with Saracens in action on Monday night, live on Sky Sports, against Severn Stars looking to close the gap

Without star shooter Cat Tuivaiti, Sirens were able to stay competitive throughout the early stages, but the champions’ relentless nature was able to bend the game to their will and they eventually opened up a seven-goal lead which they never looked like relinquishing.

As the errors piled up from Sirens, Jade Clarke and Bongi Msomi were able to drive the game forward and the lead stood at 16 at half-time, allowing Mel Mansfield to make changes with an eye on Wednesday’s game against Thunder.

?v? | That’s a wrap! Always going to be a hard one against 2 x VNSL champions at home. Thanks @Wasps_Netball for the tough contest?? https://t.co/RP6zfJkDrL

Sophia Candappa, Tamsin Moala and Fran Williams all came on at the break as Wasps continued to pour forward Moala impressing as Wasps looked to close out the win.

A flurry from Sirens in the final quarter ensured there were positives to take on the long trip back to Scotland, Bethan Goodwin particular enjoyed an impressive outing but ultimately Sirens were no match for the champions. 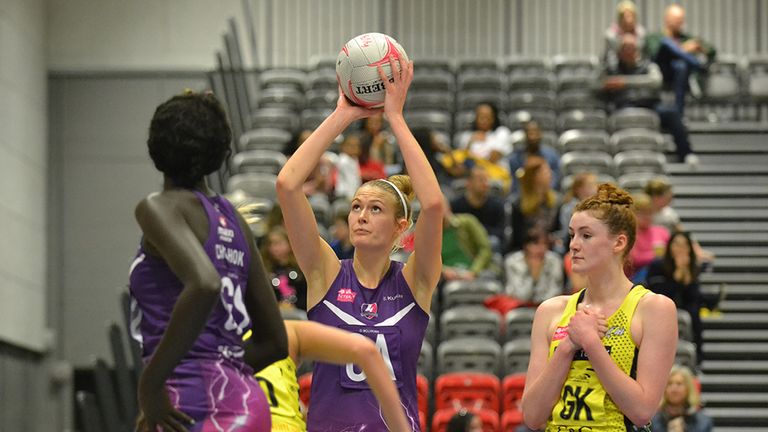 Lightning continued their return to form, turning their first back-to-back wins of the season into a third successive victory thanks to a dogged home win over a spirited Pulse team.

Wins over Storm and Thunder had moved Loughborough into the top four for the first time heading into Round Eight but Bath’s Friday night success had put them under pressure to return and they responded to reclaim their place in the top four.

But they were made to work by a Pulse team who started well and edged in front during the opening exchanges before a crucial end to the quarter that saw the hosts turn a one-goal lead into a 15-11 advantage – Mary Cholhok maximising Hannah Joseph’s turnover work.

Ella Clark’s trademark long range shooting saw Loughborough open up an eight-goal lead and by half-time that had increased to double figures with Player of the Match Tuaine Keenan proving crucial in the defensive end.

Pulse bossed the third quarter, winning it by five goals to close the gap to just six and with the home side tiring Pulse continued to chip away at the lead thanks to a couple of key calls.

With Lightning leading 45-43 a dramatic end to the game looked in store but Clark proved crucial in opening up enough of an advantage to allow the home team to hang on for maximum points. 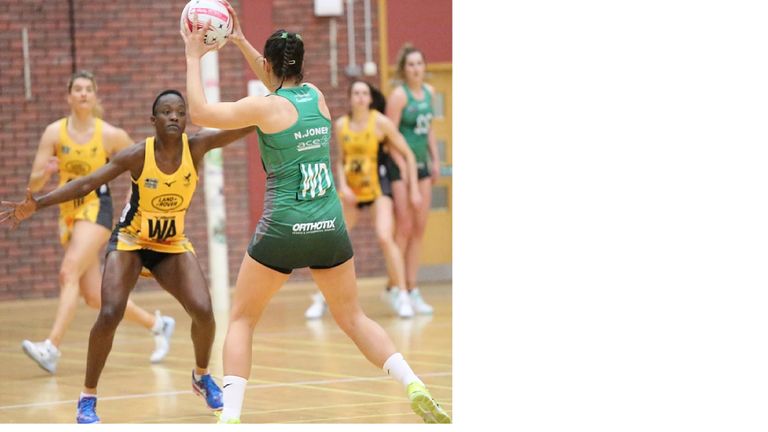 At Surrey Sports Park, Dragons claimed a third win of the campaign in one of the most dramatic games of the season.

Having started fast the visitors set about turning their early advantage into a five goal lead by the end of the first quarter, taking advantage of an early Surrey reshuffle when Yasmin Hodge-England came off injured.

The Welsh side weathered an early Storm comeback to maintain their cushion going into half-time but the hosts came out on top in a physical third quarter, reducing the gap to four points thanks to an impressive defensive showing.

With both captains briefed after a strong on contact calls, the tone was set for a nervous final quarter, Dragons led 39-35 but Storm reduced the deficit to just a single goal as the game entered it’s final minute when the visitors found a crucial goal in the dying seconds to seal victory.

Superleague is back on your Sky Sports screen on Monday, March 4 when Severn Stars host Saracens Mavericks in the final game of Round Eight – join us on Sky Sports Mix & Action from 6.45pm