SERGIO AGUERO scored the most dramatic goal in Manchester City's history when he smashed in against QPR to win the league in 2012.

The Argentina ace's famous strike sealed City their first Premier League title for 44 years – and this behind-the-scenes footage shows just how much it meant to the stunned 31-year-old. 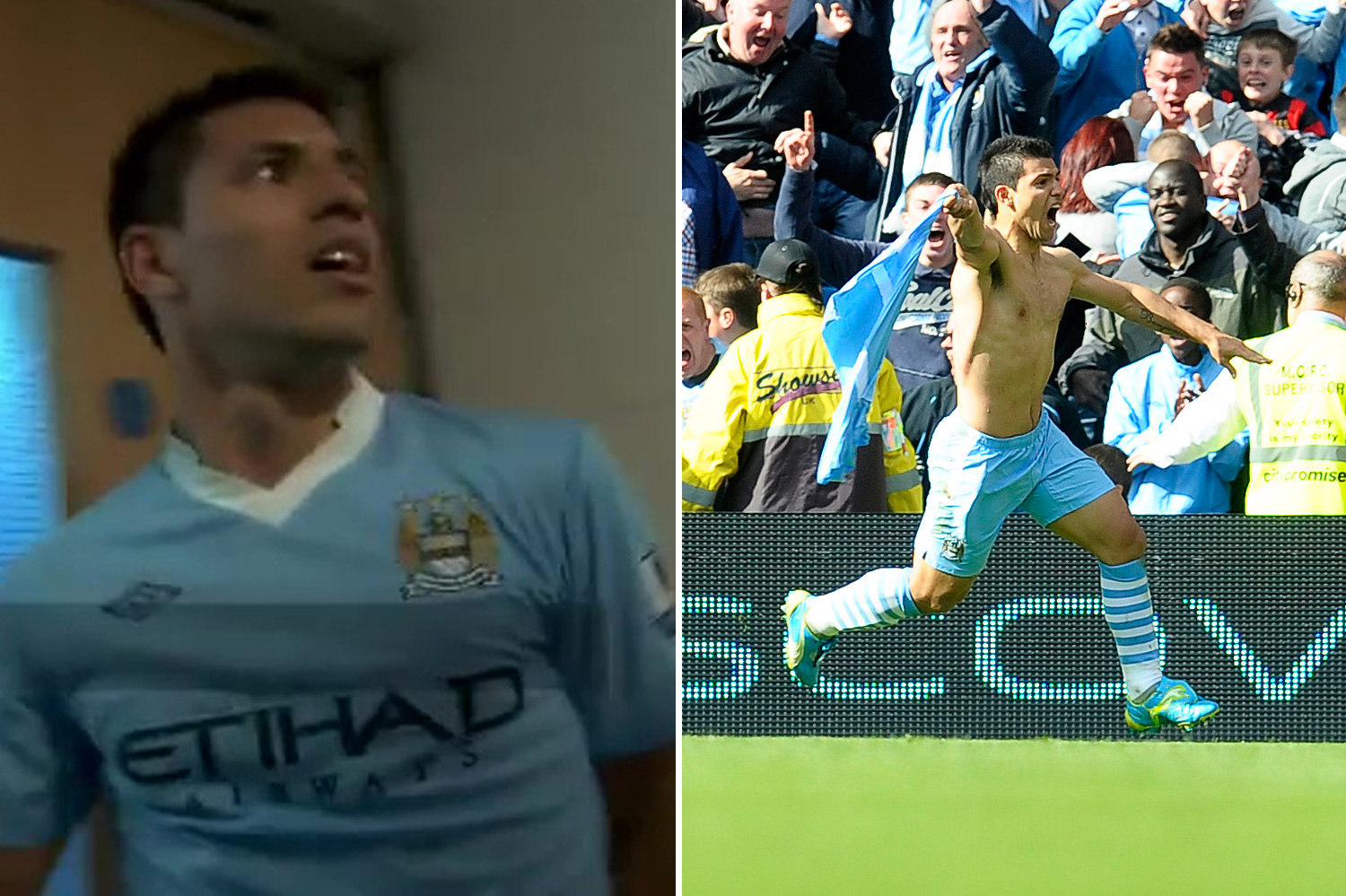 With the 90 minutes up, City had apparently blown it against a 10-man QPR side and had failed to wrestle the trophy from Manchester United’s grasp.

They were 2-1 down after goals from Djibril Cissé and Jamie Mackie cancelled out a first half Pablo Zabaleta strike.

United were winning 1-0 at Sunderland and when the board went up for five added minutes, City did not have to score just once but twice to lift the trophy over their rivals.

City fans were leaving the ground in tears when a corner from David Silva was floated into the six-yard box and Edin Dzeko rose highest to head in and give hope of a turnaround.

The scores were level with three minutes left to play— but City still needed to score again.

It was Mario Balotelli who poked through for the Argentine to smash home at the Etihad on 94 minutes, sparking amazing scenes with Aguero bolting up the pitch and whirling his shirt round his head.

Man City posted amazing behind-the-scenes clips to their Instagram of tunnel footage from over the years.

The club captioned the footage: "Post 93:20 euphoria, Balotelli antics and plenty of other behind-the-scenes clips from over the years in our brand new Tunnel Cam Supercut! *Cue nostalgia*"

A babyfaced Augero, aged 23 at the time, can be spotted in the first clip looking shell shocked following his dramatic late goal.

Footage of former City ace, Yaya Toure, shows him giving Eden Hazard a clip round the ear six years ago when Hazard was still a Blue.

An upbeat Kevin de Bruyne with a bottle of champers, can be seen egging on a camera man to neck some of the fizz amid the celebrations of securing the 2018/19 Prem title.

There is also footage from two years ago of Leroy Sane showing off his dance moves and gyrating in the Etihad changing rooms.

They were crowned champions of the top flight after a record-breaking campaign under Pep Guardiola in 2018 and were champions for the sixth time in the club's history a year later.