RORY MCILROY looked on in bafflement as a brazen fan casually stole one of his clubs at the Scottish Open.

The Northern Irishman is playing the tournament at The Renaissance Club in Berwick this week. 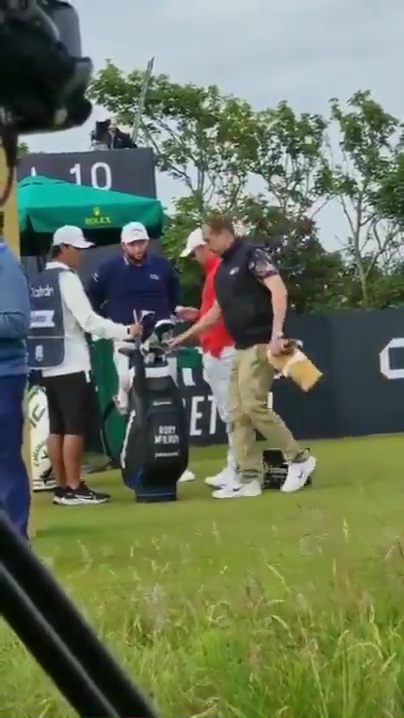 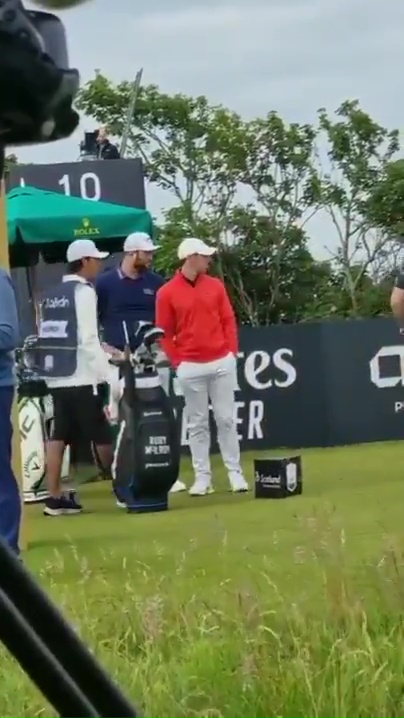 The event is the first in Scotland to be allowed fans in attendance, as restrictions ease.

But this one took things too far.

As McIlroy chats to caddy Harry Diamond ahead of his second round, a spectator strolls past.

He grabs a club out of McIlroy's bag, before going on to take a number of air swings with it.

A witness told The Scotsman: "He was standing at the back of the tee and went over to Rory's bag, took out [a club] and had a couple of swings with it.

"When someone told him that he couldn't do that, he replied by saying 'why not? At that point, the security people assigned to following the group moved in and took him away."

"The players laughed it off, saying they knew he wasn't a golfer when they saw his grip." 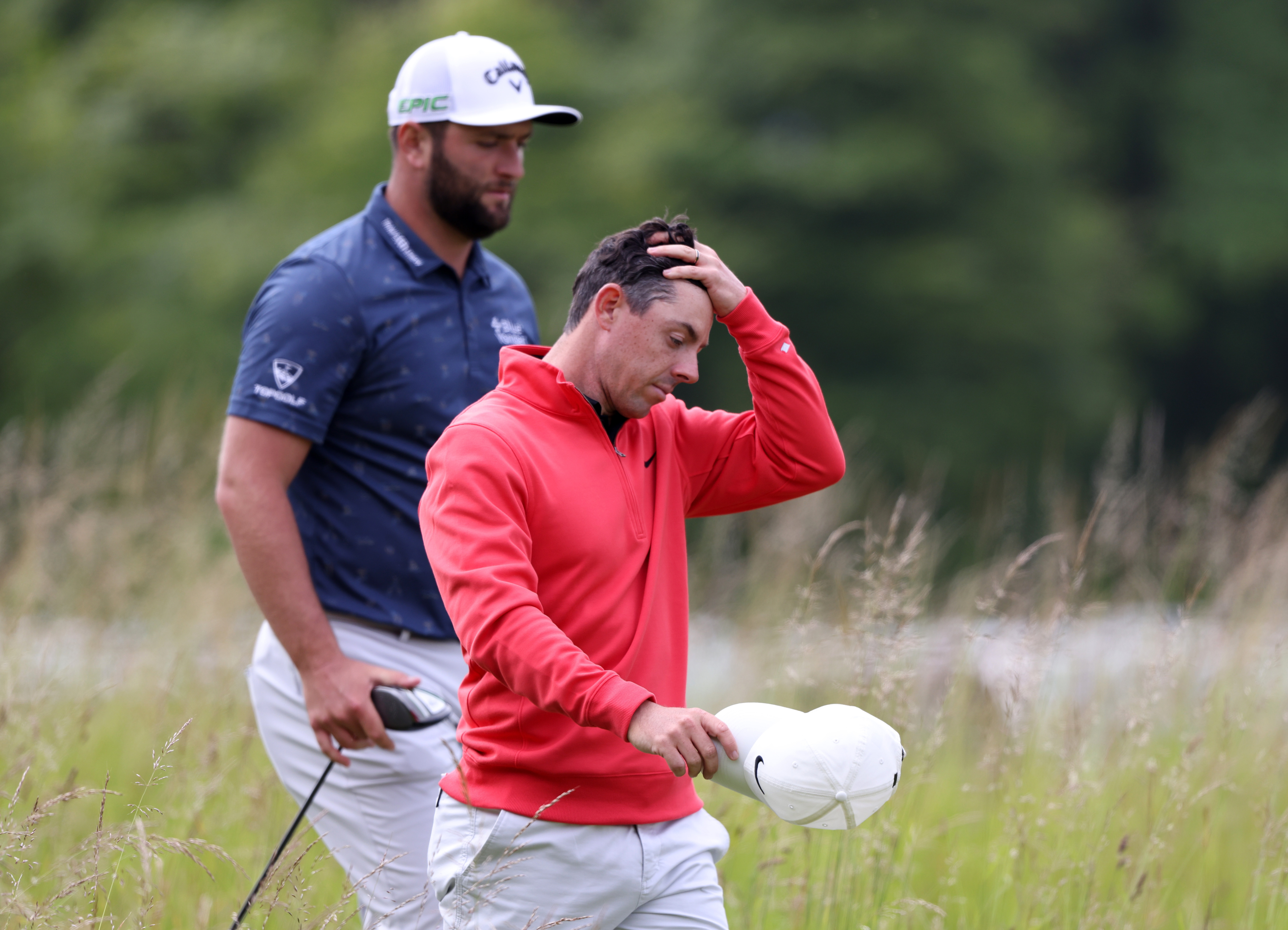 Fans on Twitter were in disbelief at the incident, with Harry Diamond coming in for a bit of stick.

One wrote: "What was Harry looking at though. He even fixes the club when the cover was removed. It seems to take them all a few seconds to realise what is happening."

To which another responded: "I can’t believe Harry didn’t do more. He just stood and watched him take a club."

Another added: "Wouldn't be the next guy to try it, security will have him on the ground before the cover comes off!!! Good wake up call for the security people."