BRENTFORD goalkeeper David Raya has celebrated his return to training after a lengthy injury lay-off… but not as you might think.

Raya turned up to his first session back on the grass at Brentford's Jersey Road training ground dressed up as a DINOSAUR. 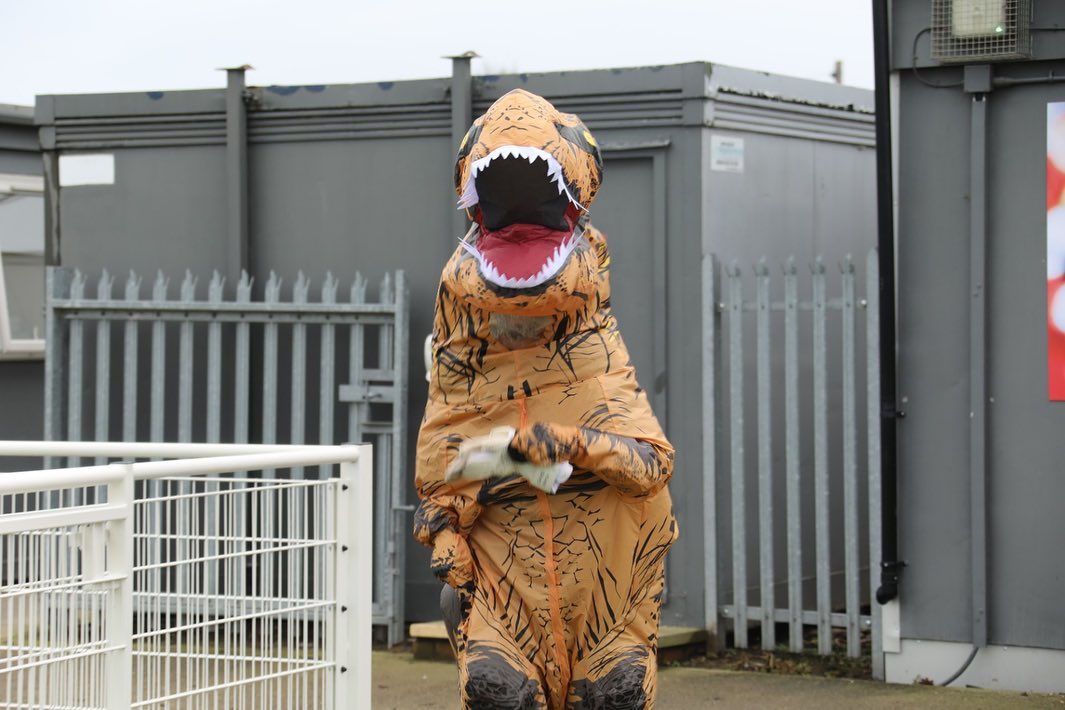 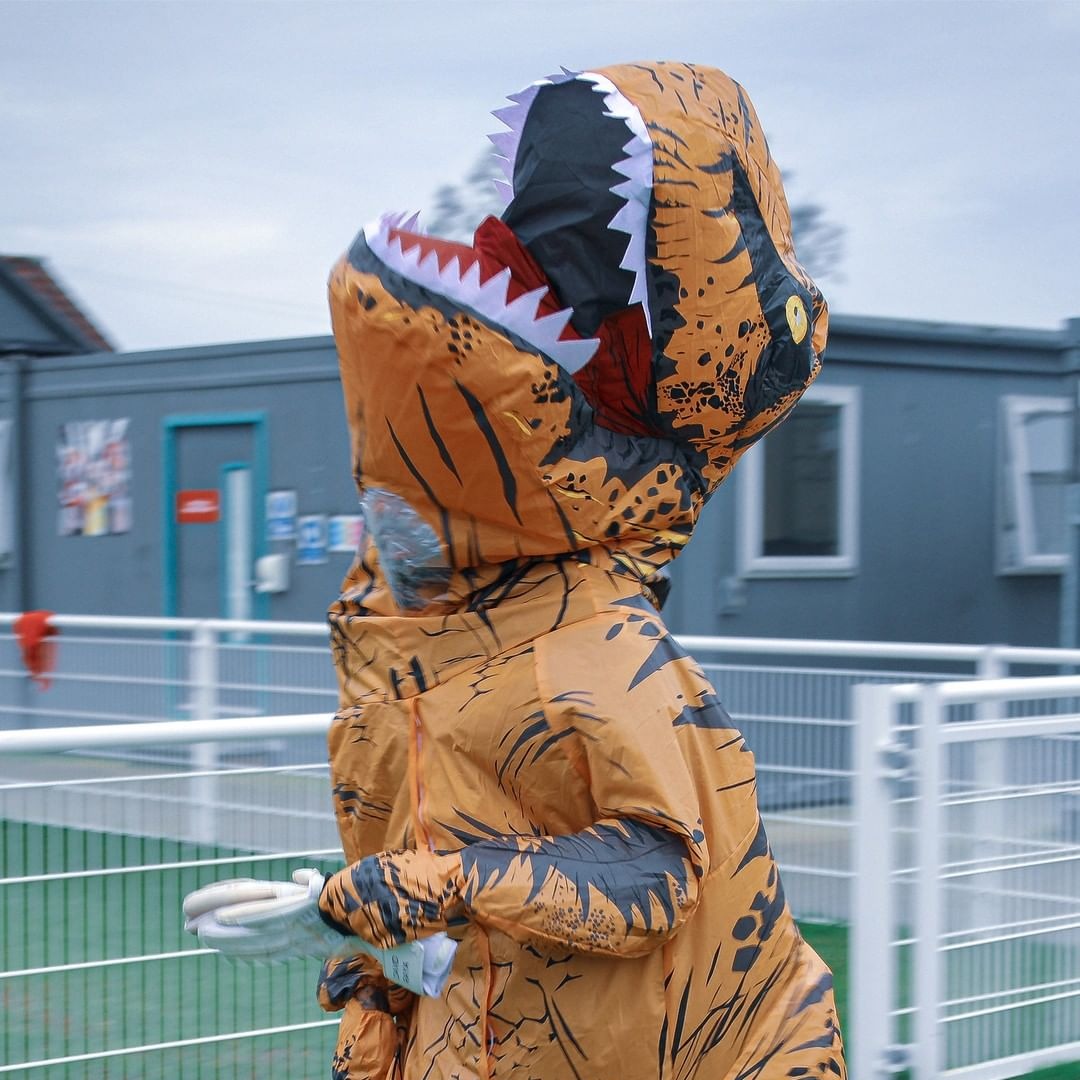 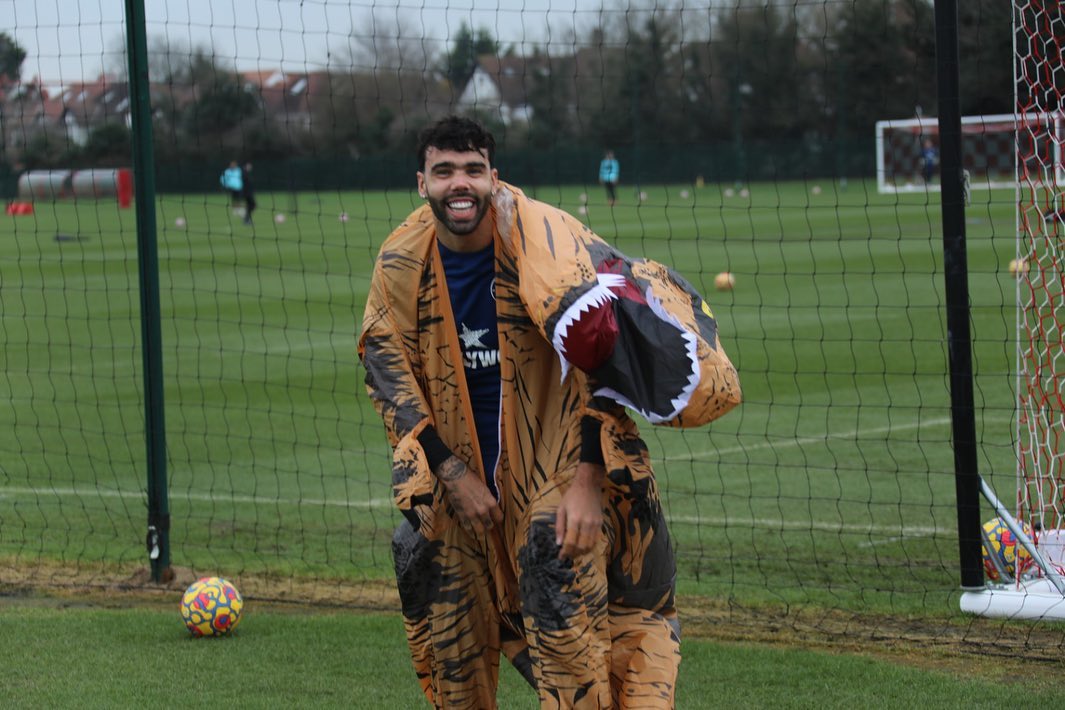 He marked his return after 11 weeks out in style as he continues rehabilitation from a knee injury.

And in a video posted to Brentford's Twitter account, Raya is seen running out onto the grass dressed in the costume, shouting: "Good morning, it's me T-Rex!"

The Bees first team could only watch on in bewilderment, with star striker Ivan Toney throwing his arm in the air and turning away when he realises who the prankster is.

Raya then stripped off the T-Rex costume to reveal full training gear, as he continued: "Someone's excited to train! Back on the pitch.

"[It's] just a little surprise, just banter isn't it."

He's not the first player to arrive at training in something other than practise gear, after Jamie Vardy famously turned up to Leicester training dressed as Spider-Man back in 2019.

Raya was clearly relishing being back on the pitch after being out since October with a knee injury. 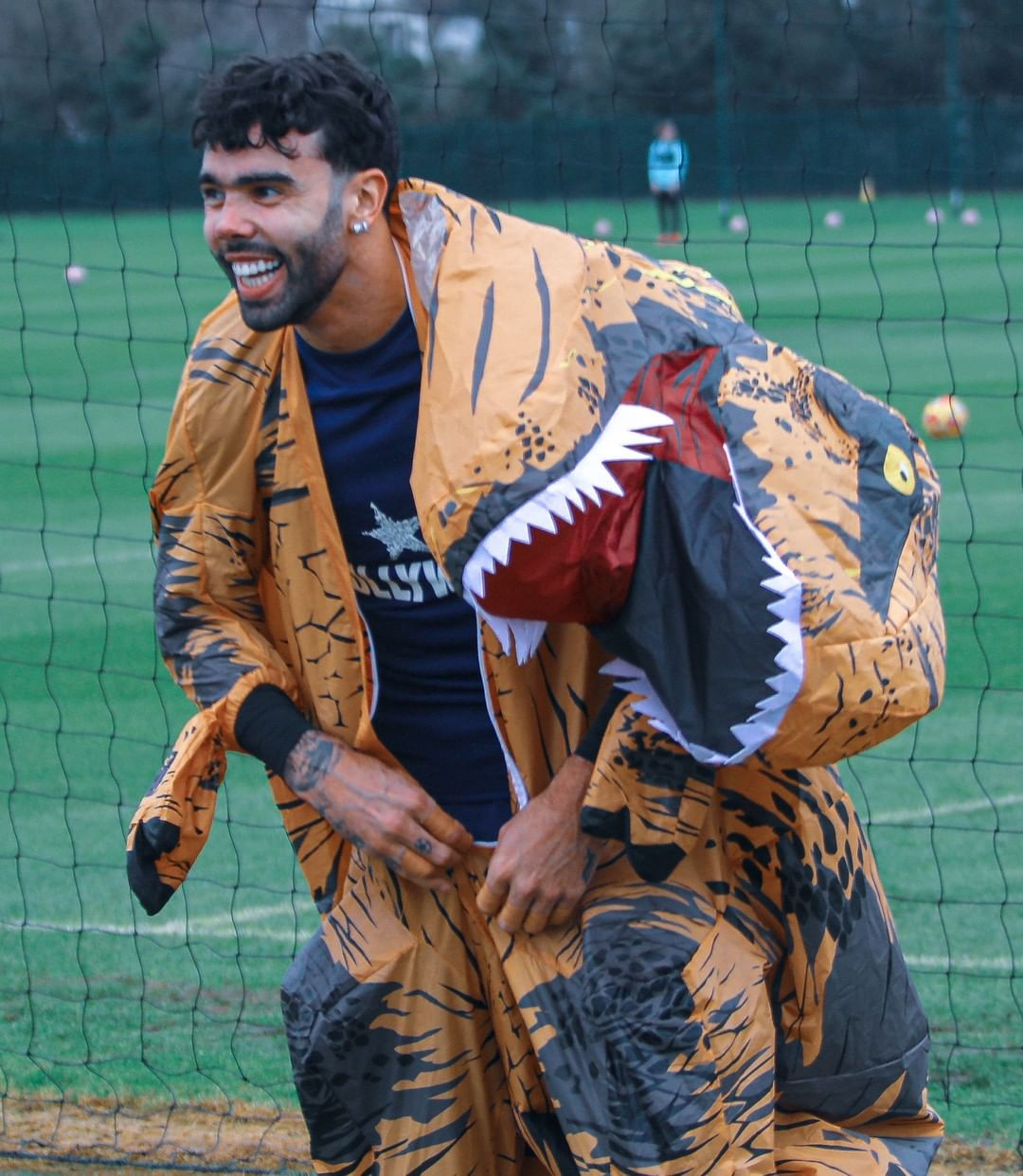 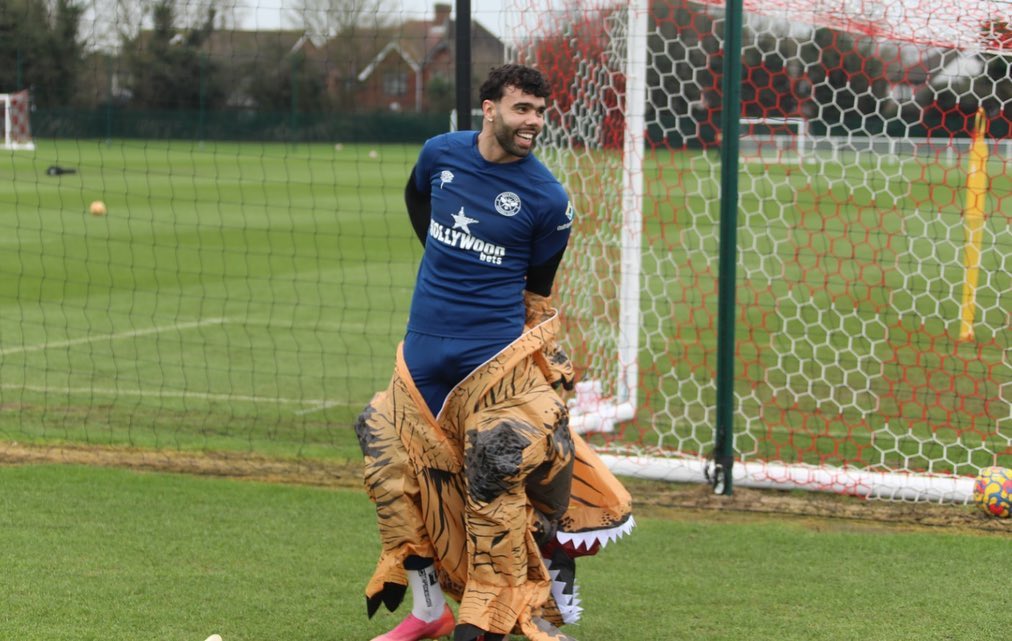 The 26-year-old Spaniard damaged his cruciate ligament in a collision with Ayoze Perez during the 2-1 defeat against Leicester on October 24.

He seemed to be in high spirits though after pulling the hilarious prank.

Writing on Instagram, Raya said: "After 11 long weeks… first day out on the grass.

"Been waiting for this moment a long time. Feels good to be back out there.

"Step by step and I hope to be back as soon as possible.

A date has yet to be set for Raya's return to match fitness, but he's still expected to be out of action until March.

Summer loan signing Alvaro Fernandez has deputised in his absence.

Former Huddersfield and Everton shot-stopper Jonas Lossl was also snapped up on loan earlier this month to provide cover between the sticks.