Is this the dirtiest tackle of all time? Bryan Melisse DROP KICKS opponent in Champions League qualifier

It is the middle of July and most clubs are just getting back into the swing of things and building preparations for the upcoming season.

But for some teams across Europe there’s just no let up with the 2018-19 season already underway.

And with the stakes raised even at this early stage of the campaign, a Champions League qualifier in Hungary on Tuesday night saw one of the dirtiest tackles you will ever see. 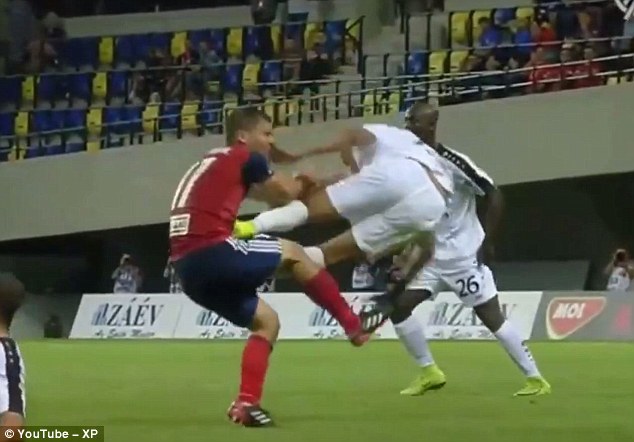 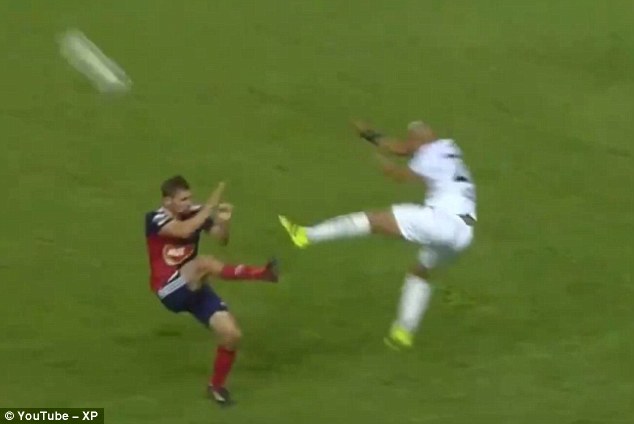 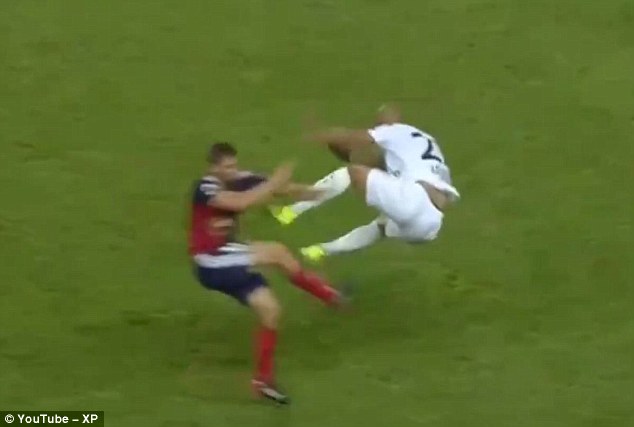 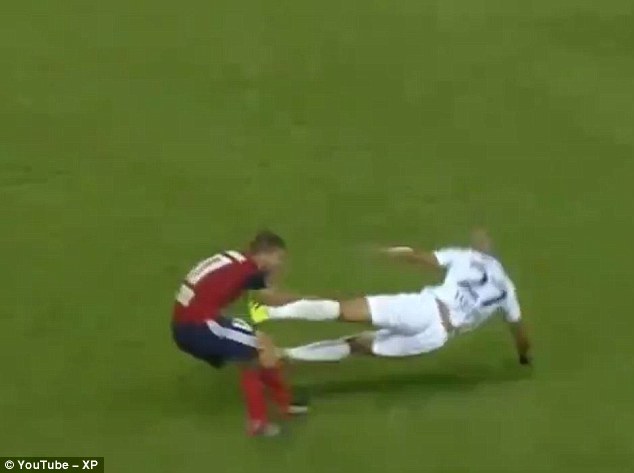 The Luxembourg outfit crashed to a 2-1 defeat in Hungary, confirming their exit from the competition – with no help from their French defender.

Heading out 3-2 on aggregate and with the second leg in stoppage-time, Melisse let his frustration get the better of him.

A long ball was pumped upfield by the Videoton goalkeeper, and as Melisse went to send the ball back with interest he proceeded to follow through and drop kick Patkai right in the midriff. 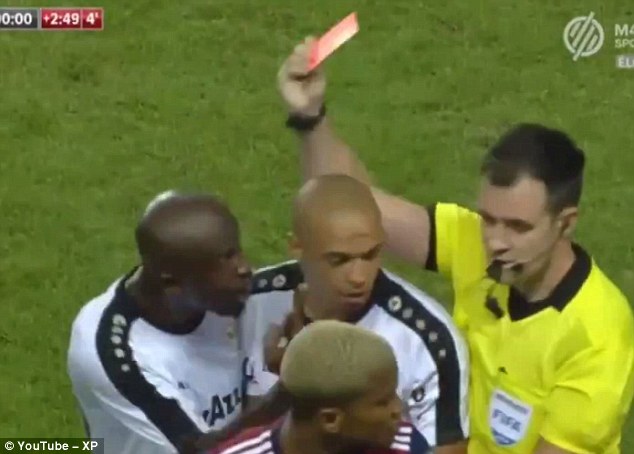 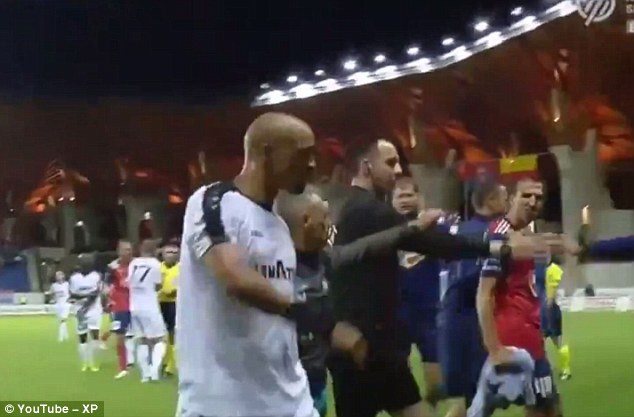 To nobody’s surprise the referee promptly marched over and brandished a red card.

His team-mates protested and even Melisse seemed a little non-plussed by the incident before shoving an opposition player and arguing with others before sloping off down the tunnel.

The incident conjured up memories of Nigel de Jong’s infamous karate kick lunge on Xabi Alonso in the 2010 World Cup final, though he escaped with just a yellow.