JOHN FURY showed off his belly and called himself as 'fat as a pig'.

But he told fans to ignore son Tyson's body as he prepares for the huge showdown with Anthony Joshua. 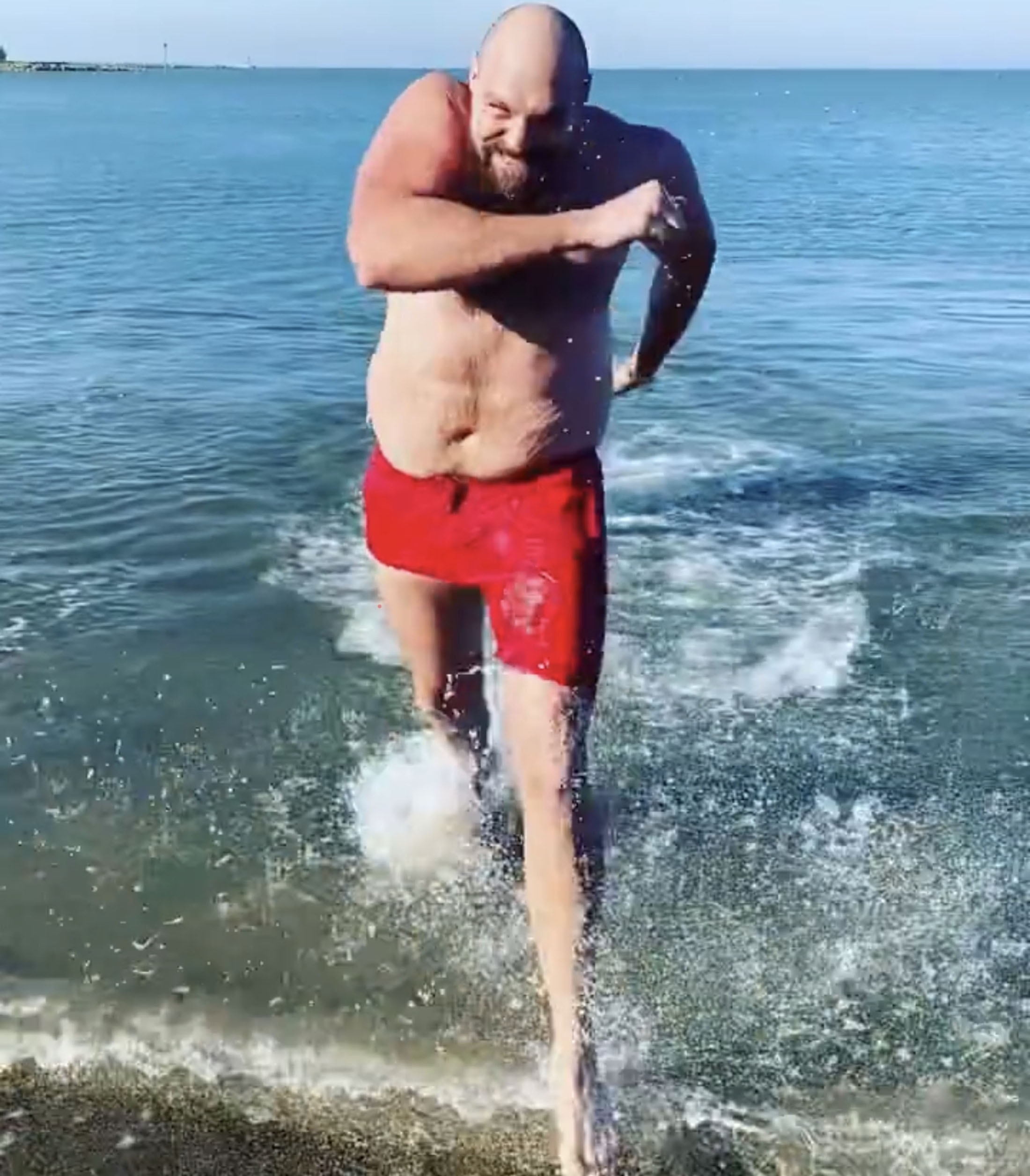 John Fury lifted up his top to show off his belly on Saturday night after son Tommy Fury's win over Scott Williams.

Fury told BT Sport: "Forget how my son looks. If he trained for the next ten years he'd have the same body.

"But let me tell you now he's as strong as three men and can run 25 miles.

"Forget shape because if it was any good there'd be more body builders winning world titles wouldn't there?"

John Fury recently stepped up the pressure to deliver the huge AJ fight by threatening to spank Eddie Hearn if he does not sign the contract.

Tyson was recently pictured swimming in the sea in Morecambe.

Joshua insists he will not be fooled by the topless footage of Fury and is expecting the best version of him in the huge heavyweight fight.

The Watford superstar said: "We’re gonna get the best Tyson Fury, so I don’t care if he’s carrying a bit of extra weight now, I’m training for the best ever Tyson Fury."

Their heavyweight unification showdown is expected to be confirmed in the next month with the first fight lined up for this summer.