PHIL FODEN scored a sensational goal to put England Under-21's ahead against France to light up the tournament.

The Manchester City star, 19, picked up the ball halfway inside the French half skipping past five opponents, then he danced through another three players before showing real poise to coolly finish past Paul Bernadoni in goal. 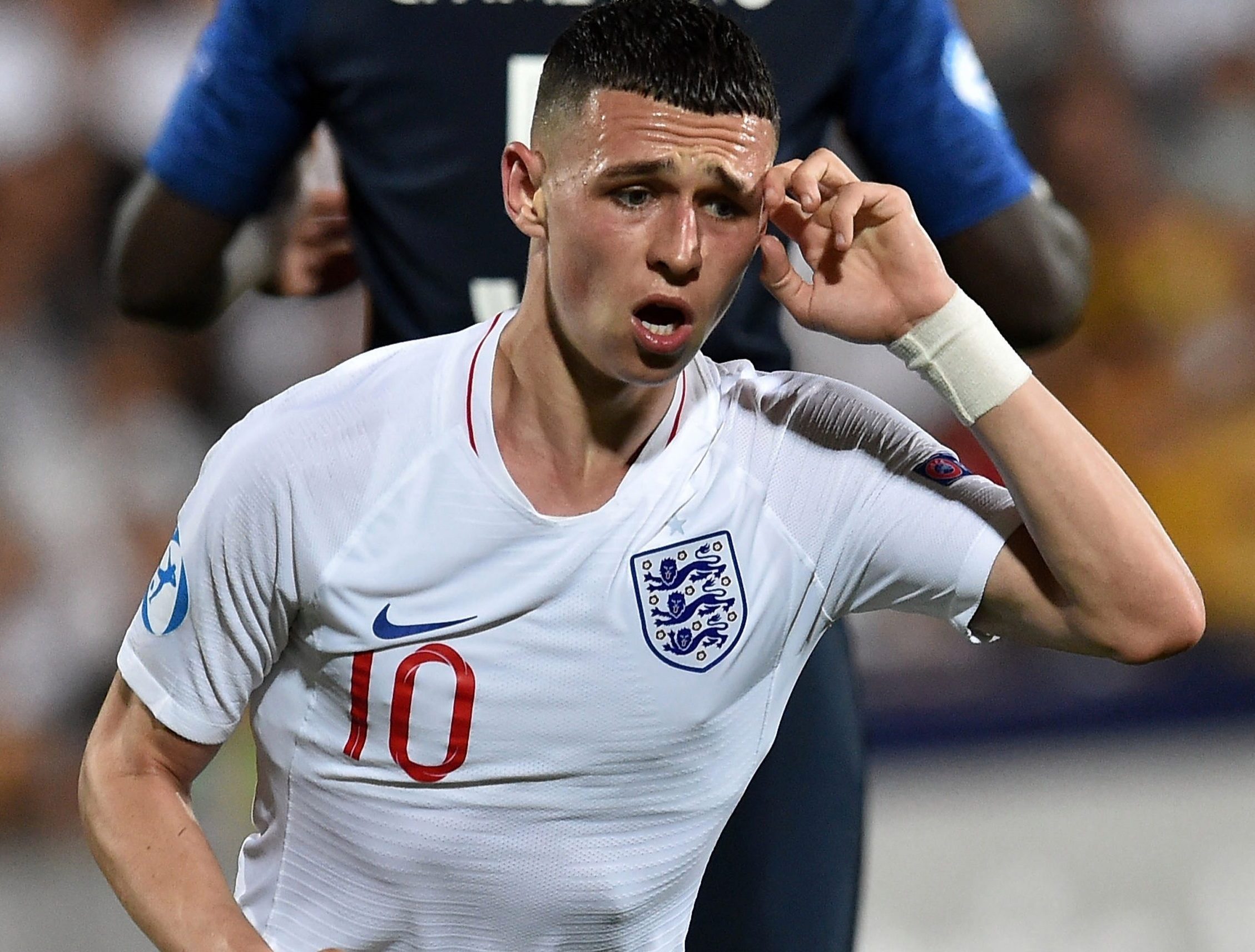 Gavan Holohan made a big claim saying: "The future of English football is bright… And I’m just talking about Phil Foden what an unbelievable talent."

Josh Williams added: "I’d pick Phil Foden over all the midfielders in the national English squad, what a talent."

John Edwards beamed: "Phil Foden isn't going to be a top player! I think he already IS a top player! Glad he's English, sad he's on the blue side of Manchester."

But the Three Lions went on to lose their opening Group C game as they were undone by a Jonathan Ikone strike and a bizarre Aaron Wan-Bisska own goal – despite France fluffing two penalties.

It all started to fall apart when Hamza Choudhury was sent off on the hour for a reckless challenge in the box to concede a penalty.

And like Moussa Dembele's first half pen was saved by Dean Henderson, Houssen Aouar's effort struck the post.

Lille winger Ikone beat Henderson at his near post to level it.

And in stoppage time £50million-rated Wan-Bissaka scuffed his clearance into the back of his own goal.