WATCH the awkward moment Harry Kane was forced to watch his alleged dive back and explain himself following Tottenham's 2-2 draw at Arsenal.

The England captain, 26, went down in the box under pressure from Sokratis Papastathopoulos in the dying moments of the derby – leaving Arsenal fans fuming. 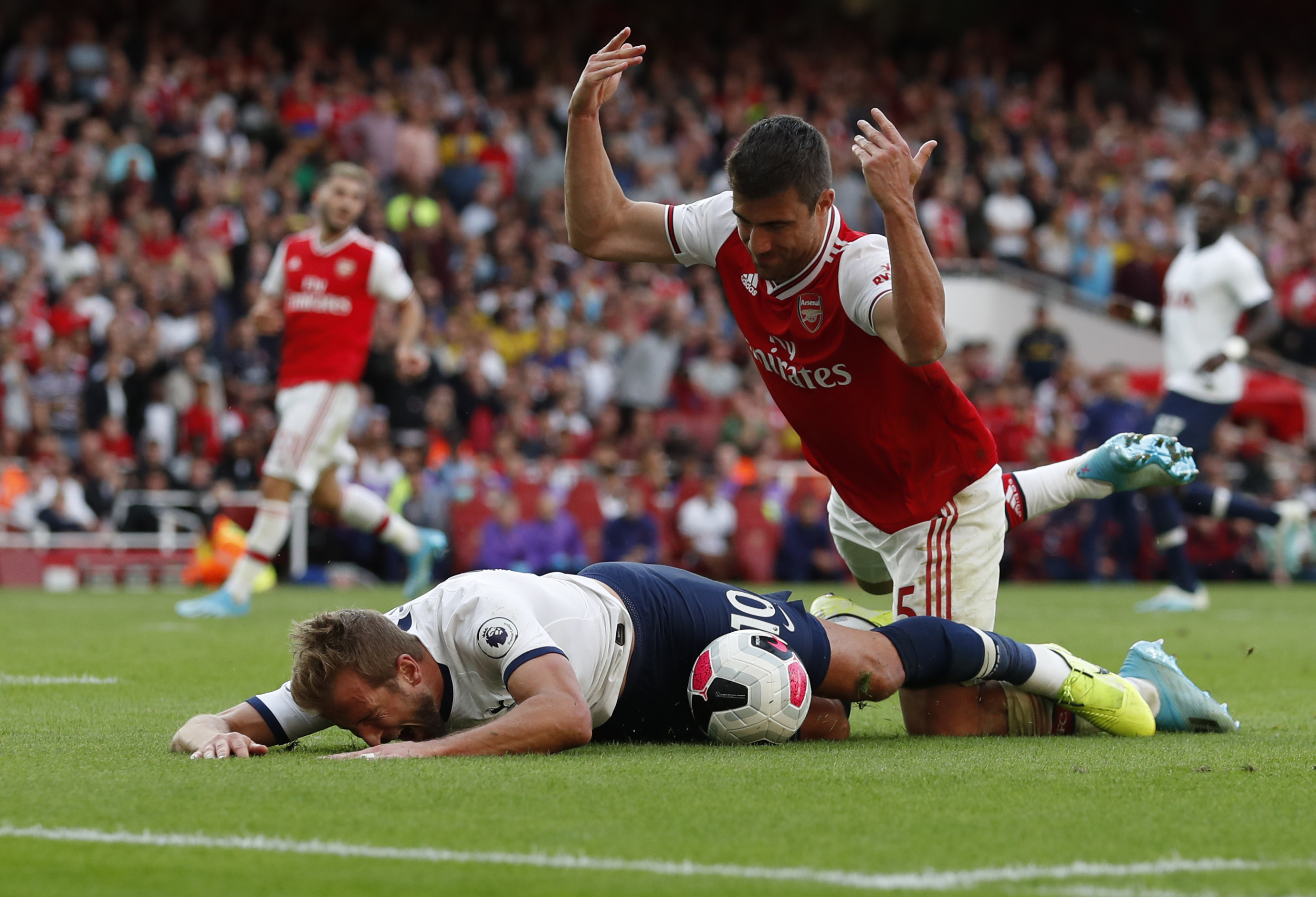 All of the pundits at the game called it a dive – and Kane was forced to re-watch the incident and tell his story after the 2-2 North London derby draw.

When asked if he thought a penalty should have been given, Kane claimed: "I think so. I would have to watch it back."

As if by magic, a TV monitor appears next to Kane – with the Spurs man forced to watch it back and give his view on the alleged dive.

A sheepish-looking Kane said: "It was that stage of the game where you're tired. He makes a tired tackle.

"The ref probably thinks I'm looking for it but all I am trying to do is shield the ball.

"It is what it is. It's one of those, it could be given in some games. It wasn't today."

Pundits at the game had their say on the incident too, with all agreeing Kane was looking for the spot-kick.

Jose Mourinho reckoned: "I have seen a penalty for less but I would say no penalty.

"Without the VAR I'd say no for sure but with VAR everybody is at risk. I've seen worse."

Gary Neville said it was "essentially a dive", while Graeme Souness added:"I think Kane is looking for a penalty. He is waiting to go down.

"The defender has got his hands on his back but that kind of contact would not justify that fall."

Jamie Redknapp then claimed: "Harry was looking for a penalty. He uses his body as well as any striker."