The Manchester United star had a huge smile on his face as the overwhelmed kid rushed towards him. 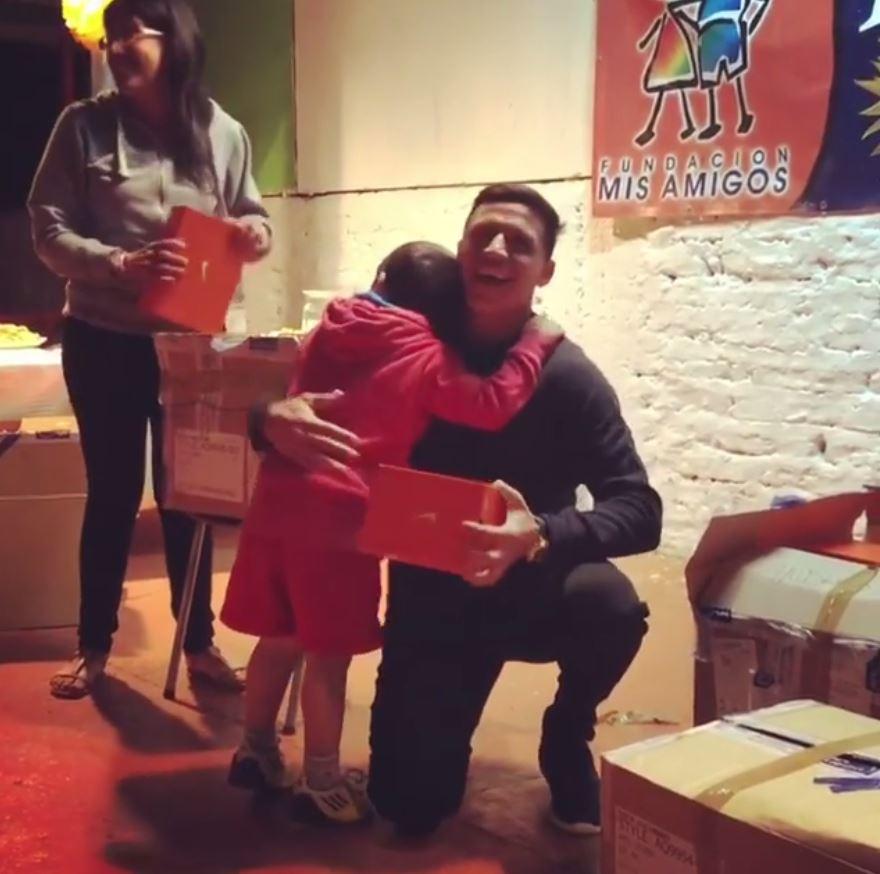 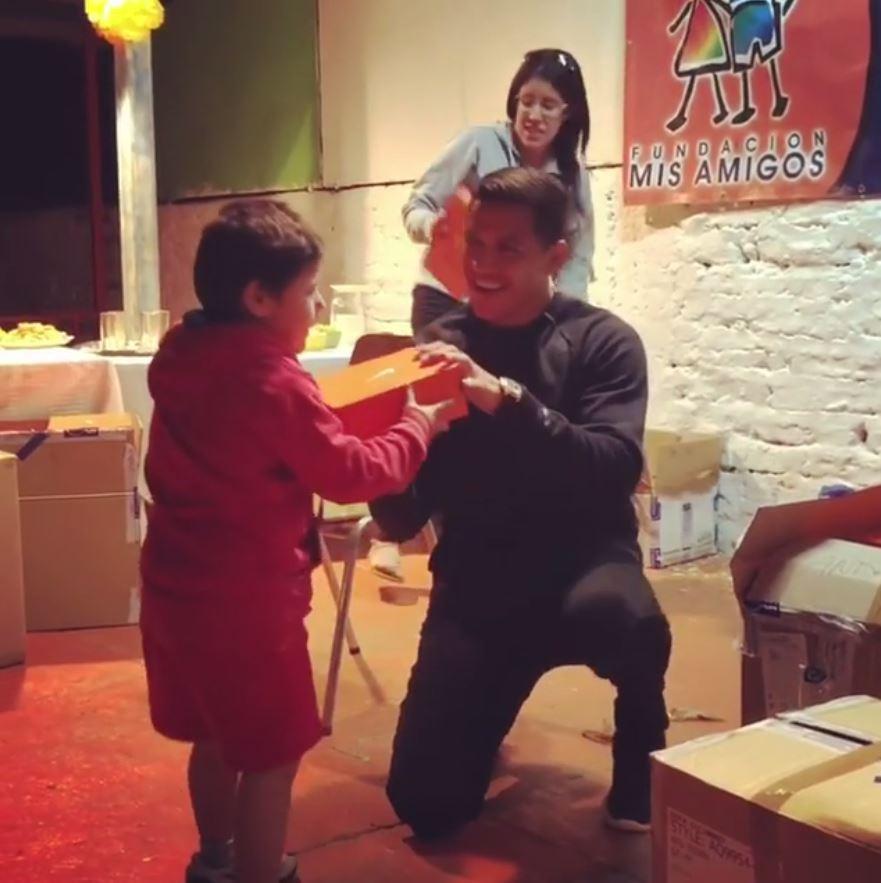 Sanchez knelt down and the child threw his arms around the superstar to hug him.

Sanchez looked delighted and proceeded to hand out more presents, with the iconic moment captured on camera.

Sanchez was visiting Fundacion Mis Amigos in his homeland, an organisation which takes care of orphaned children.

The former Arsenal man decided to visit after returning to Chile for treatment on a hamstring injury. 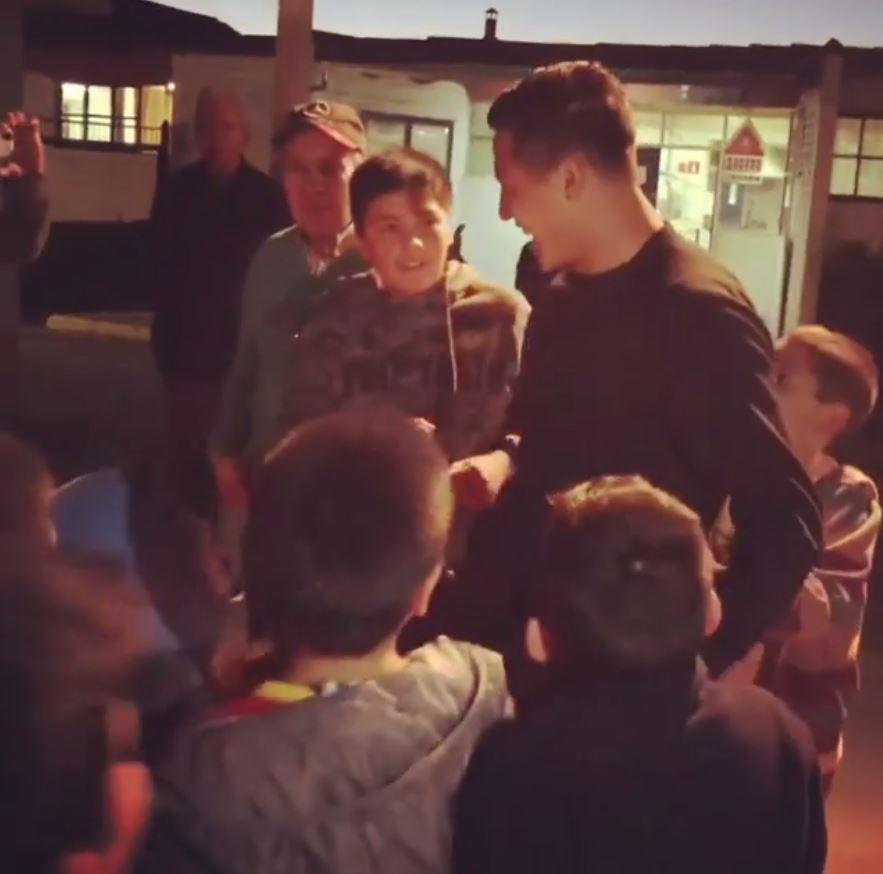 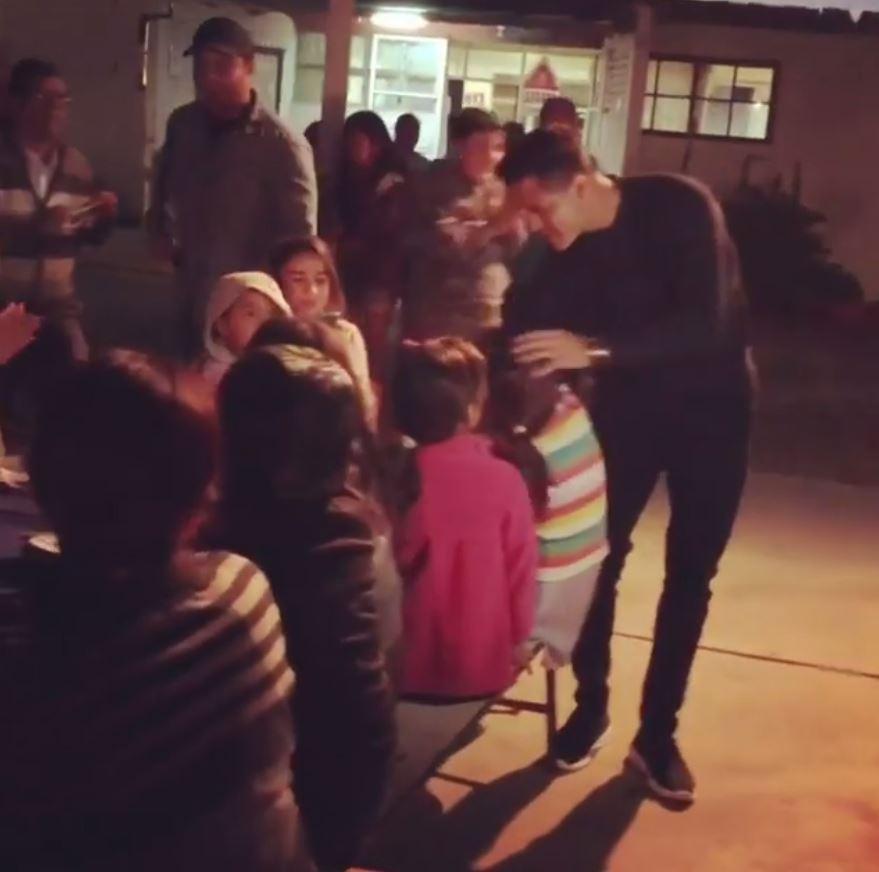 Sanchez picked up the problem during a training session at the end of the November.

And he was immediately ruled out for six weeks, with Jose Mourinho admitting it was a bad hamstring tear.

However, Sanchez has been struggling for form ever since he swapped the Emirates for Old Trafford nearly a year ago.

Despite being United’s best-paid player on wages worth upwards of £500,000-a-week, the 29-year-old has managed just four goals so far. 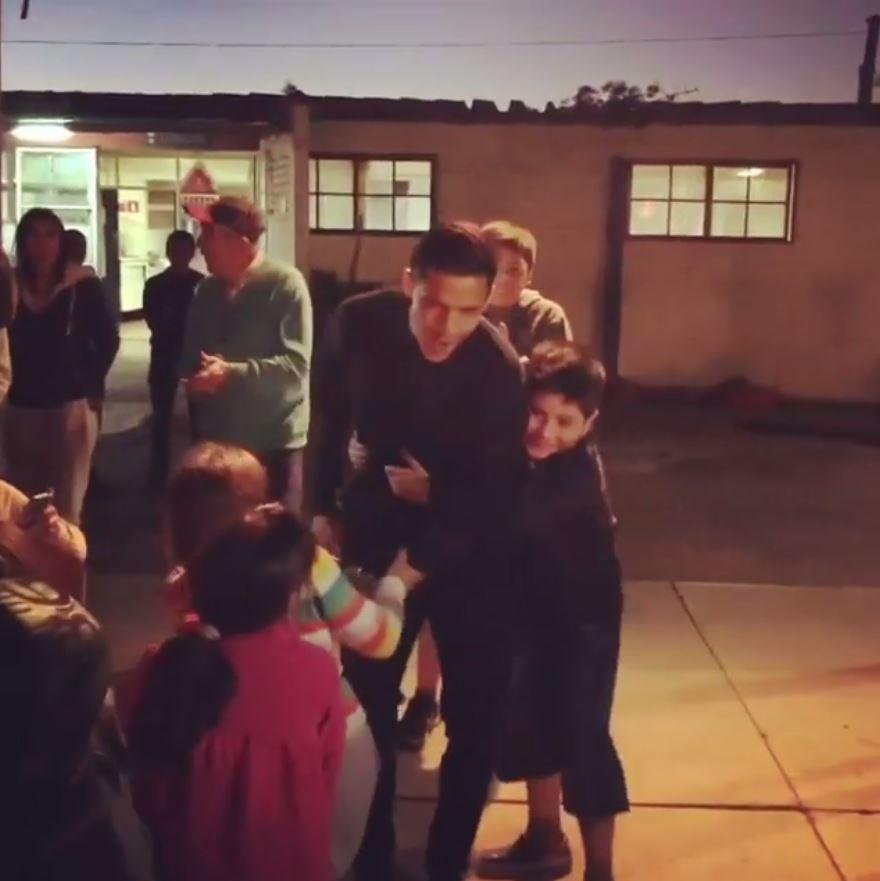 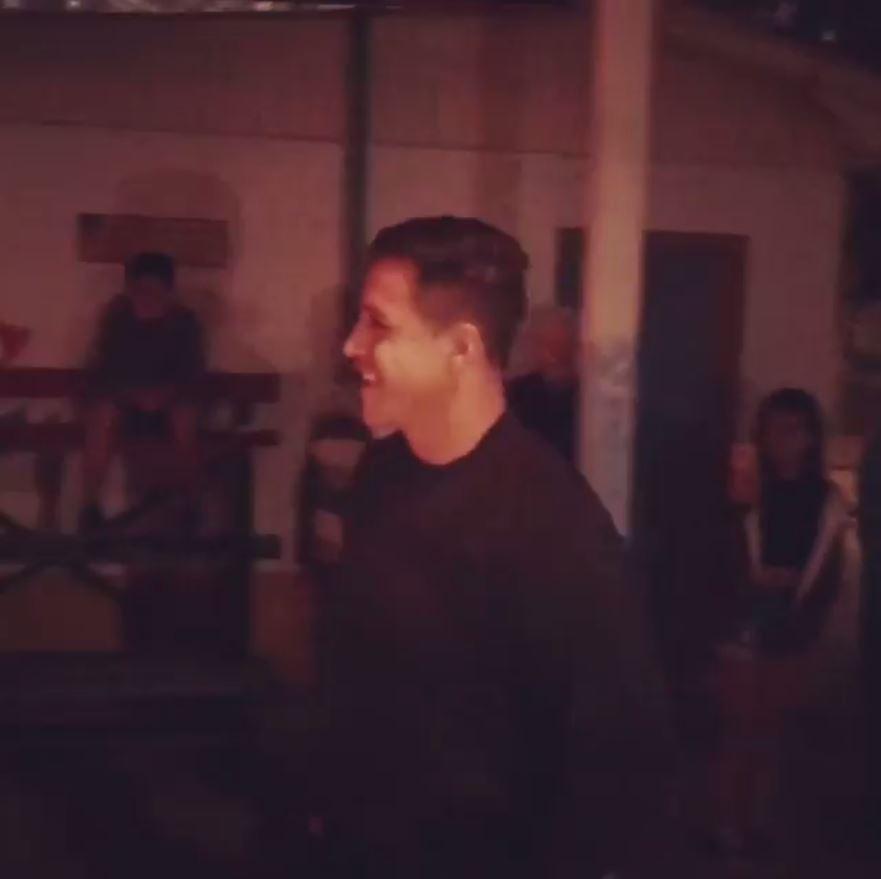 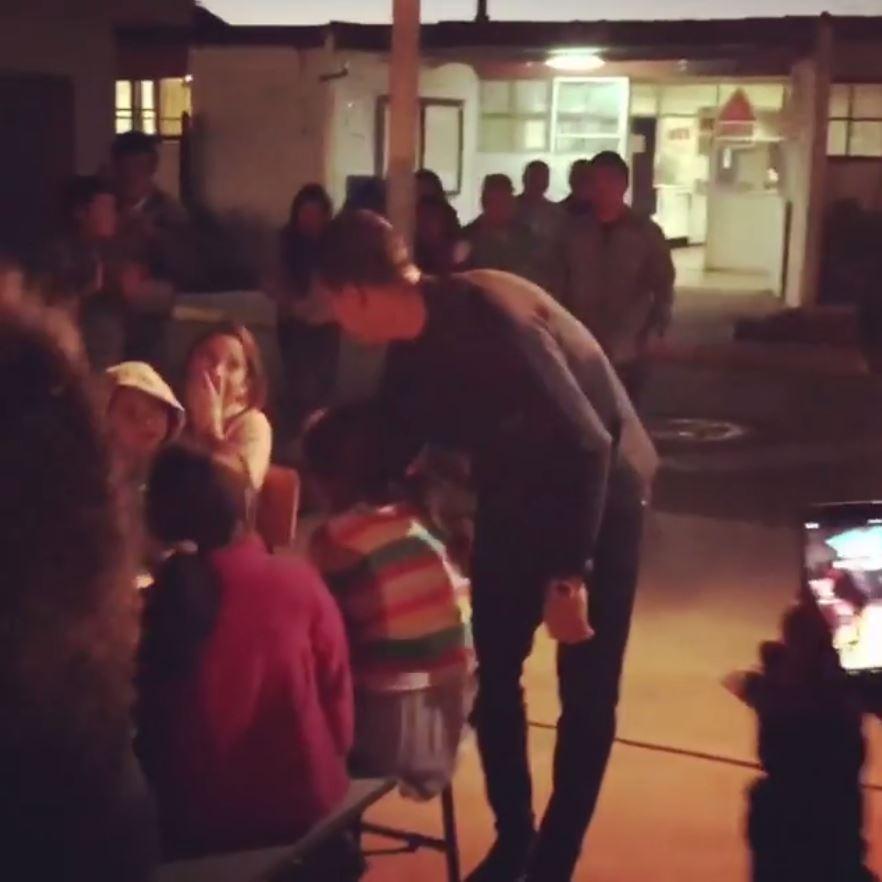 And it’s reported that Sanchez is eyeing an exit in January – barring he makes a full recovery in time.

Ligue 1 champions PSG are believed to be his favoured destination, although the French giants are currently struggling to comply with FFP rules.

Sanchez has also been linked with a outrageous return to Arsenal, who received Henrikh Mkhitaryan in last January’s trade with United.

Unai Emery is searching for more depth in his squad, and Sanchez could be an ideal signing given that Mesut Ozil is out of the frame following a switch in tactics. 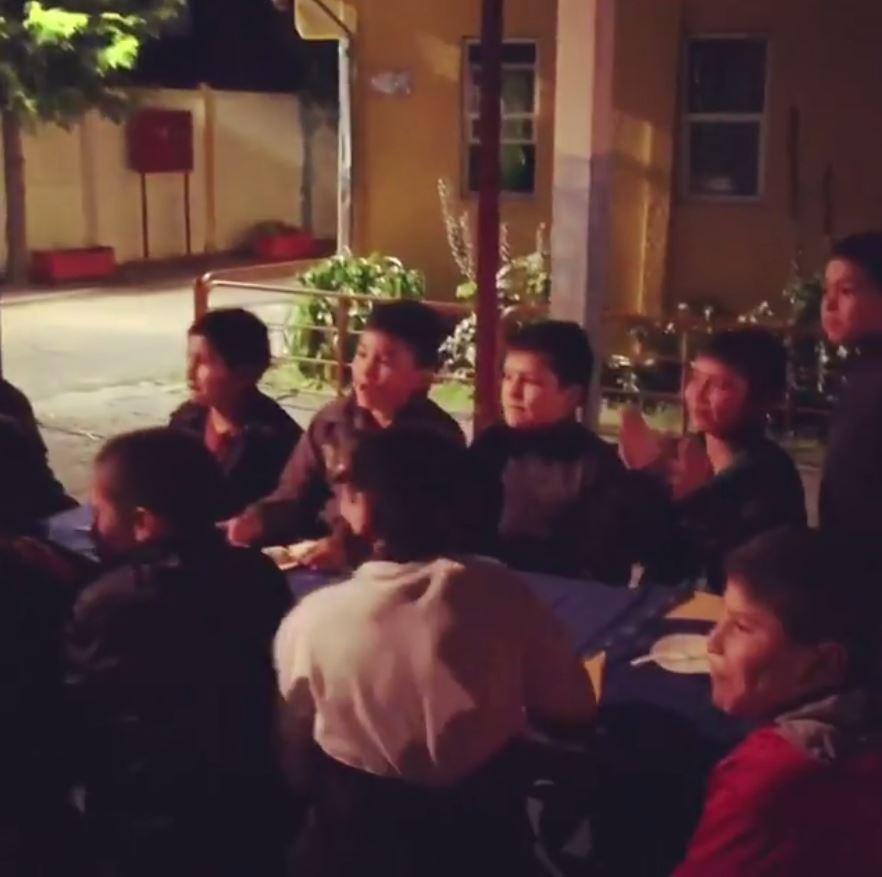 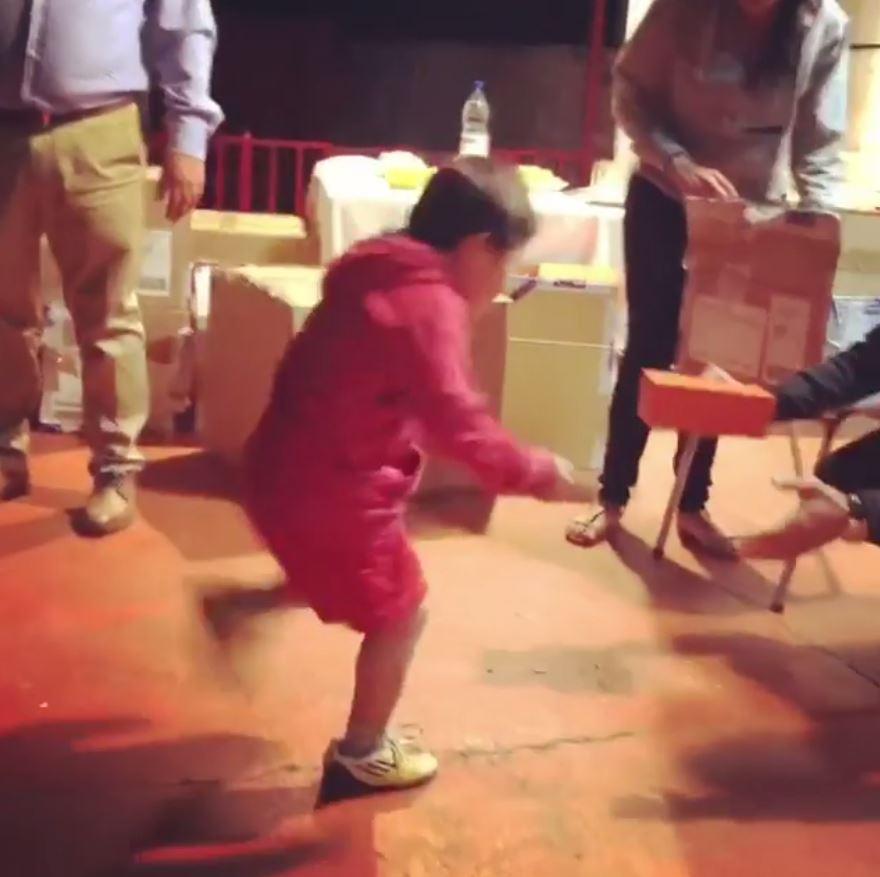 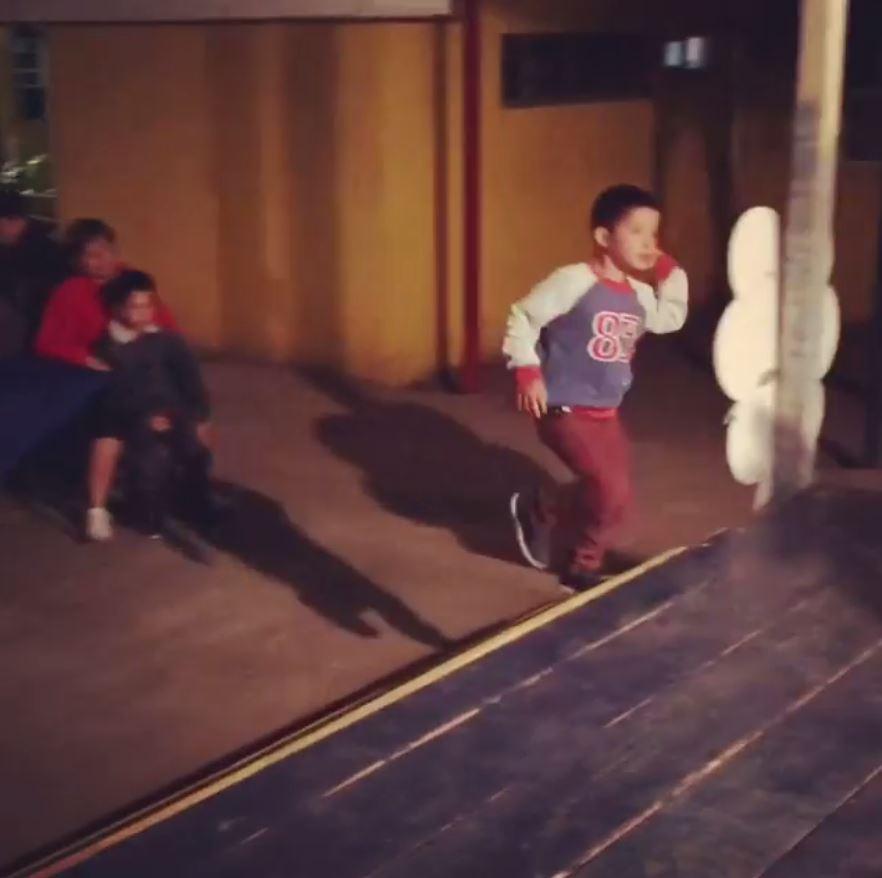