Gai Waterhouse believes the best thing about her induction into the Sport Australia Hall Of Fame is that she will sharing be it with her family on Thursday night.

The trailblazer will join her father Tommy Smith in the Hall Of Fame and become the fifth trainer to be included in elite company, alongside Bart Cummings, Colin Hayes and Etienne de Mestre. 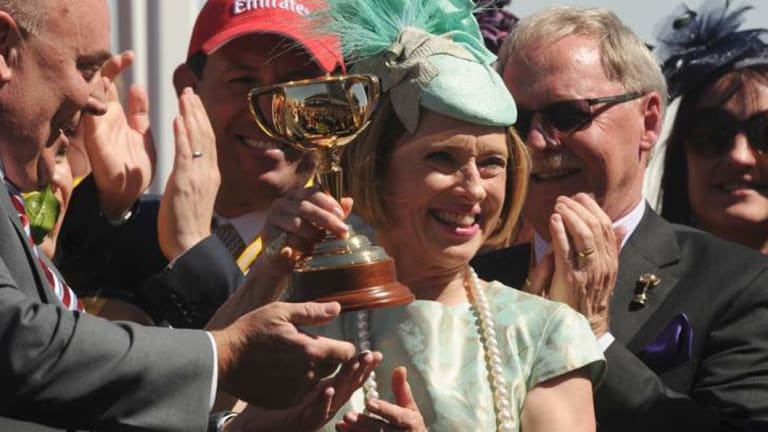 “I can’t remember when Dad was put into it, but it’s going to be a wonderful night on Thursday because I’m going to have the kids, Tom And Kate, and the grandkids there to celebrate,” Waterhouse said. “It is good to get put in to something like this before you are in wheelchair when I can really appreciate it and enjoy it.

“Dad and I are the first father-daughter to be in the hall of fame and to be included in something that is beyond racing is very special.”

Waterhouse's battle to gain a trainer’s licence brought about what is known as the Waterhouse Amendment to the Anti-Discrimination Act in 1992.

She had to work in her father’s shadow but was quickly in the spotlight herself, winning seven Sydney trainers' premiership and continuing the success of the family stable, Tulloch Lodge.

"Growing up, Dad was the person I most wanted to emulate," Waterhouse said. "I just wanted to please him and try to make him proud of me as I'd taken on the sport that he'd dominated. He wasn't just good at it, he perfected it.

“It means so much more to be in the Hall of Fame with Dad. If he was looking down he'd be extremely pleased, and he'd probably say it was well overdue. He'd be very happy and probably have wished that he and Mum were here to see it. But I feel they will both still be there in spirit."

Waterhouse has trained more 7000 winners, including 130 at group 1 level, but one stands out above all others: Fiorente in the 2013 Melbourne Cup

“It was one of my greatest moments," Waterhouse said. "No one realises until you've actually won the Melbourne Cup that it is life changing.”

"It is the ultimate satisfaction and propels you to extraordinary prominence in the eyes of the average Australian. That doesn't exist with any other race."