Les Mureaux, the gritty town north-west of Paris where he grew up, did not have a proper pitch.

The midfielder explained: “When I was 11 or 12, about ten of us had to do a school project.

“Mine was about building a new football pitch in the town. My work was put forward and I presented it to the mayor.

“After that, they made some good facilities, a synthetic pitch, better for the weather and everything.

“I’m very proud every time I go back, to see the pitch and to see the young people. 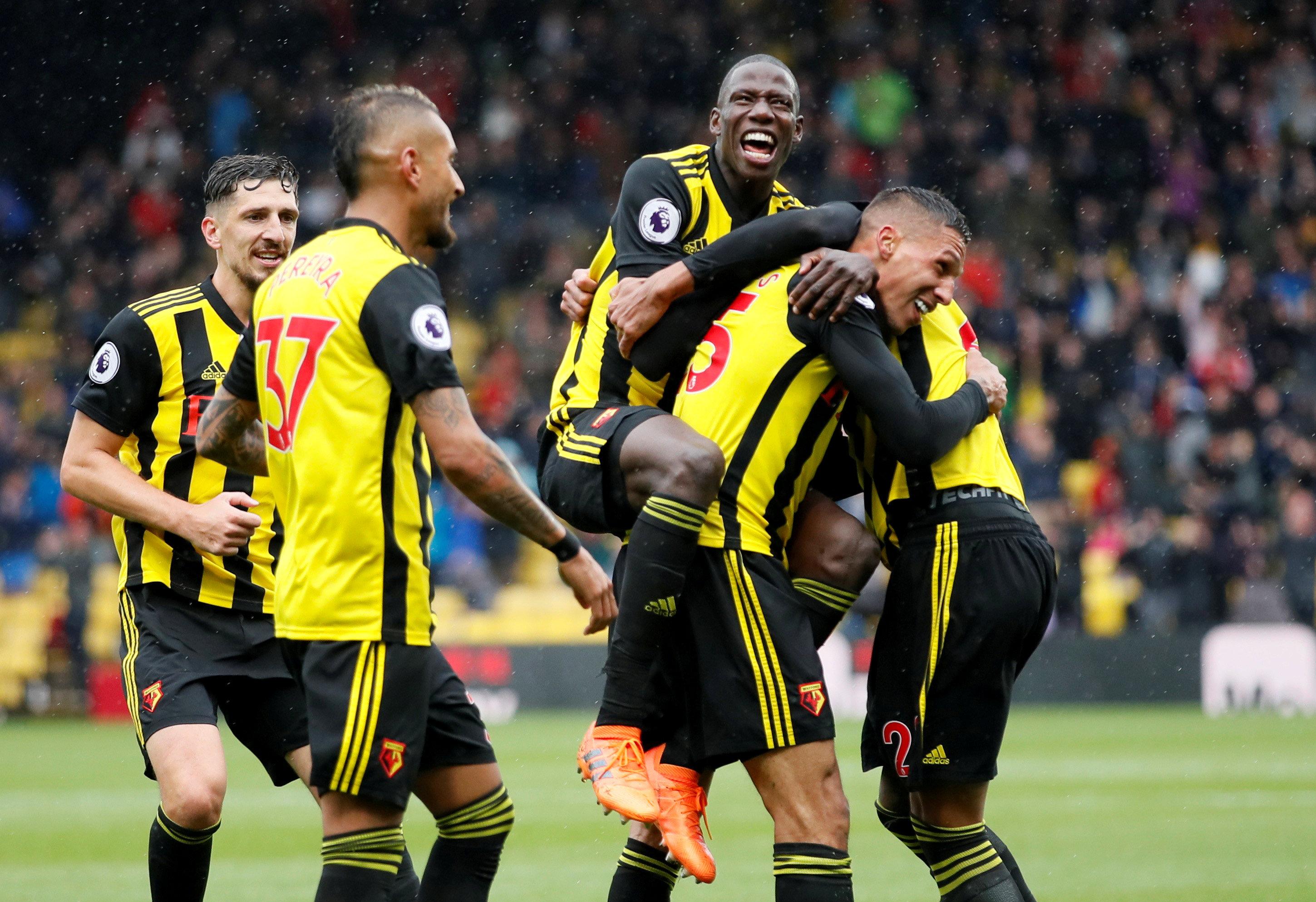 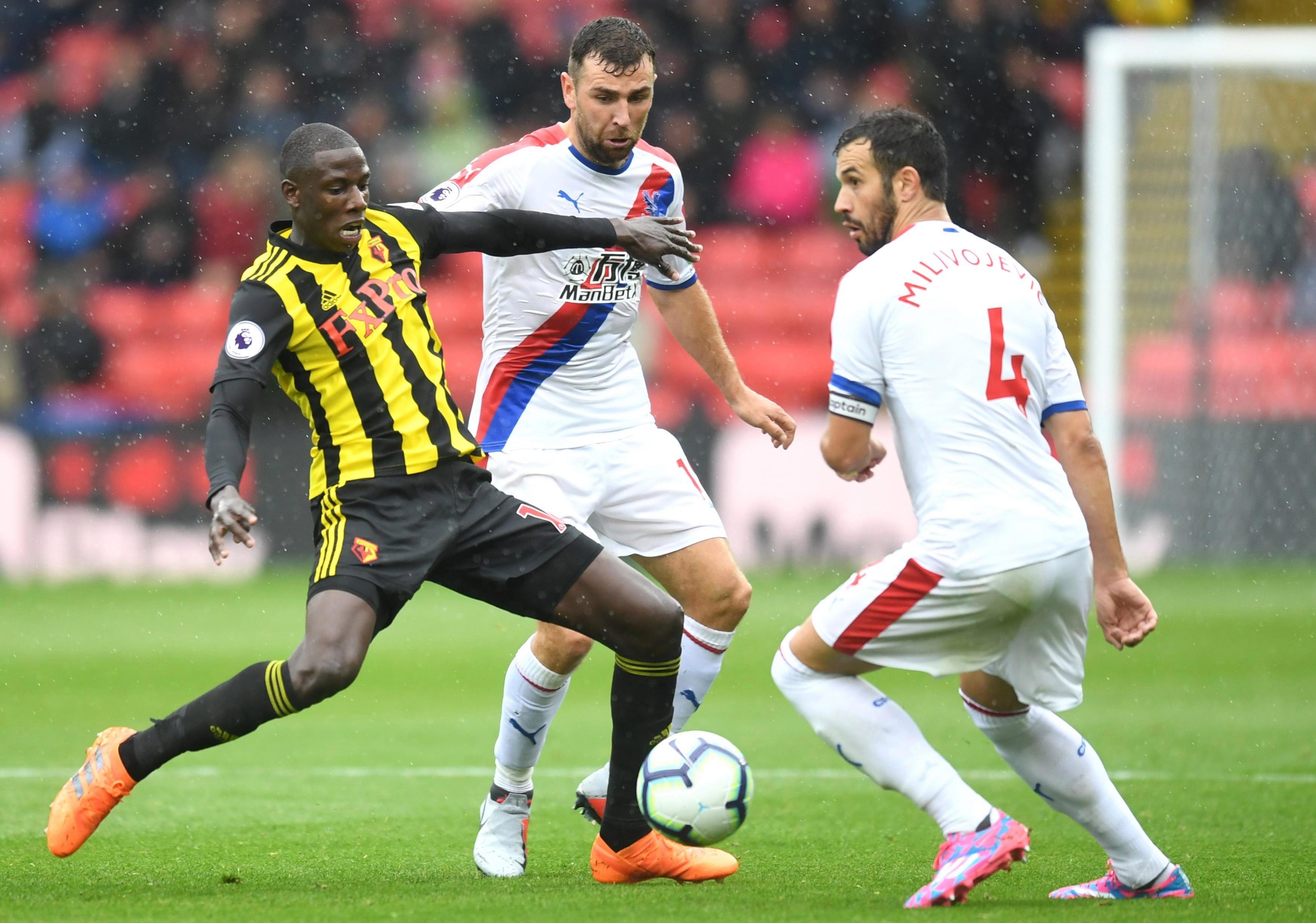 “They say: ‘Ah, it’s Abdoulaye Doucoure. He’s a good example for us. We want to do what he did.’”

The suburbs of Paris have produced a number of star players, including Paul Pogba, Doucoure’s former team-mate in France’s youth sides.

Doucoure, the second youngest of eight children born to parents from Mali, said: “In the past Les Mureaux was a little bit . . . not dangerous, but sensitive with the police and everything.

“There are two ways when you are in places like that — you can play football or another sport — or you can do some trouble.

“I know of a lot of people who are in jail now or in big trouble.

“My family gave me a good education. They were always behind us for school and for sport.

“I wanted to be successful to help my parents, my brothers, my friends. I had ‘la force’.”

“La force” has a variety of meanings in French. It can refer to the foundation Doucoure’s parents gave him, but also the strength and drive which have shaped his career.

Because the 25-year-old had to recover from a number of setbacks before his breakthrough Premier League season last year.

First, he bounced back from the disappointment of failing to get into France’s elite Clairefontaine academy at the age of 14.

He left home to join Rennes and by 2010, he was setting up a goal for Pogba as France lost narrowly 2-1 to eventual winners England in the semi-final of the European Under-17 Championship.

But shortly afterwards, he suffered the first of two cruciate ligament injuries in his left knee.

The second stopped him playing in the Under-20 World Cup of 2013 and, appropriately for someone who would have to overcome so many obstacles, he sought the help of a hurdles champion.

Ladji Doucoure is a distant cousin, who had his own injury problems after winning world titles for France in the 110m hurdles and 4x100m relay in 2005.

Doucoure said: “After my second injury, I lived with my cousin for a month in his house in central Paris so I could have more facilities. Since then, we’ve been very close.

“I’m always grateful to him for this and for our relationship. He gave me a lot of advice. It was very tough for me. But everything I have now is because of my injury.” 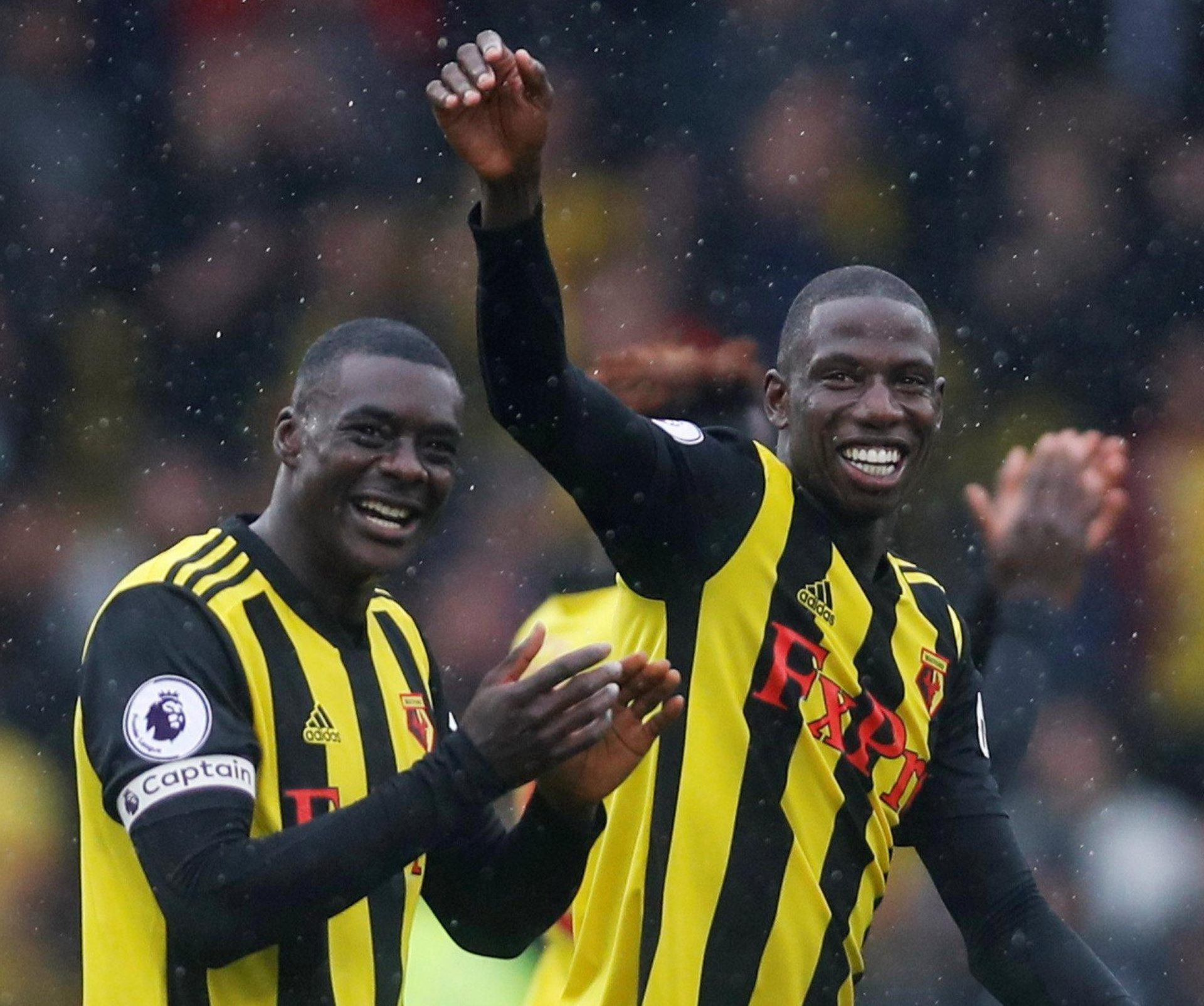 Having such a hard time at such a young age strengthened Doucoure for the further trials that were to come.

After signing for Watford in February 2016, he was immediately sent on loan to Granada where he helped the La Liga side avoid relegation.

But on transfer deadline day that summer, his hopes of making a mark in the Premier League were fading as he waited on the tarmac at Luton Airport for a flight to take him back to France and a loan spell at Lorient.

Fortunately for him and for the Hornets, Fifa received the paperwork 33 SECONDS late and he stayed.

Doucoure said: “It was destiny.”

The box-to-box midfielder at last had a chance to show what he could do and nothing was going to stop him, not even the messy departure of manager Marco Silva midway through last season.

Doucoure said: “I missed only one Premier League game. I scored seven goals, with four assists, so it was my best season, personally, so far.”

But it was not enough for to gatecrash France’s World Cup squad and so he watched on TV as Pogba and another former team-mate from the U17s, Samuel Umtiti, lifted the World Cup.

Did he have mixed feelings, wondering what could have been?

Doucoure said: “Maybe a bit but I’m not really disappointed because I tried to do my best in Watford but I came too late.

“Of course I’d love to play with Paul again one day in the midfield. Why not?

“I’m only 25. I have time to play a World Cup, a European Championship. It’s my dream. Now I want to get everything I didn’t have in the past.”