The way they're playing now, GWS won't even make the grand final

Greater Western Sydney might be sitting comfortably in the top four, but on current form they can’t win the premiership.

In fact, they won’t even make the grand final.

The Giants arguably boast the most talented list in the competition, but right now many of them are playing like No.1 draft picks rather than players desperate for success.

Of course, there are guys who have shown that desperation in certain moments and in certain games. The likes of co-captains Callan Ward and Phil Davis regularly put their bodies on the line.

But are their teammates desperate enough, often enough? 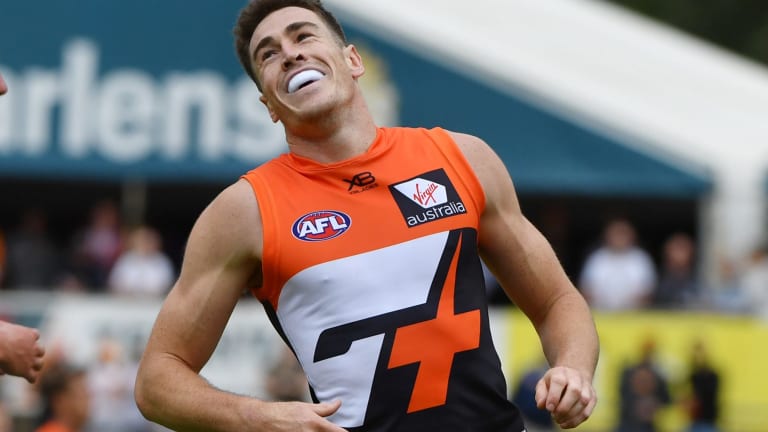 It seems a few Giants are picking and choosing when to give that absolute effort, whether it be gut running, fighting to keep the ball in their front half, or simply smothering the footy.

From the outside, it appears that the attitude of some is that "I’m a star, I don’t have to do that stuff. I’ll do what I want and will look good doing it".

In contrast, Richmond, for instance, have guys like Jason Castagna and Dan Butler who are playing for their spots and even their careers to some degree every week.

A drop-off in intensity and they’ll quickly be out of the team.

But at GWS, there’s not the same urgency or desire, maybe because so many of their players have found homes elsewhere if they failed to make the grade.

Some will point to the fact the Giants were only a kick away from reaching a grand final when they lost to the Western Bulldogs in the preliminary final back in 2016.

However, like last year against the Tigers, they ran into a team that was more desperate and determined.

Those past two premierships have been won by teams who not only had plenty of talent, but also several role players, guys who were willing to sacrifice their own games for the greater good.

It’s difficult to see those same role players at the Giants. Do some players think certain roles are below them?

Without being inside the four walls of the footy club, you can only judge what you’re seeing on the field. But that’s the way it looks.

Unless it changes, they will falter again at the pointy end of the season.

While they might win a final or even beat a side the calibre of Sydney, as they did in 2016, the ultimate success requires consistent effort.

There’s no doubt the inconsistency of their commitment would be a concern for the club’s coaching staff as they look to grow into battle-hardened contenders.

Since we’re just six rounds into the season, Leon Cameron and his men have plenty of time to rectify the problem.

But it can’t be just five or six players who buy in, it must be the entire group. 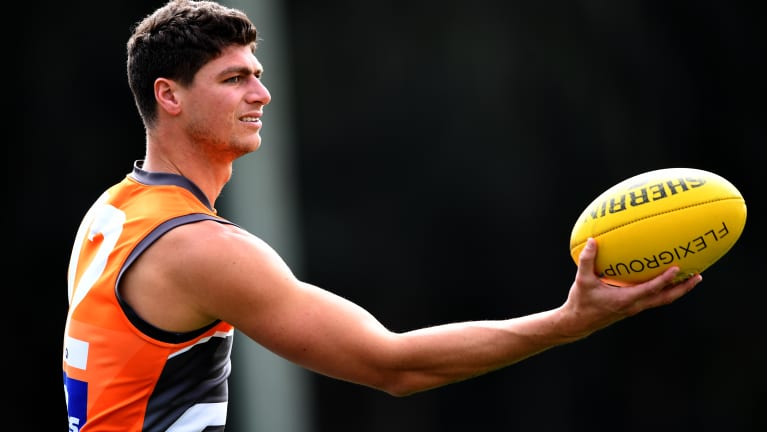 With the likes of Josh Kelly, Toby Greene and now Jeremy Cameron and Brett Deledio out of the team through injury, it might be the perfect time for others to stand up.

They don’t need to be match-winners, far from it. The Giants who get their chance simply need to fight and scrap for every ball, starting on Friday night at GMHBA stadium.

They face a Geelong side that’s certainly not unbeatable, considering the changes in personnel they have had to make in the past 12 months due to retirement and injury.

There is no Lonergan, Mackie, Enright or even Taylor for the moment, with those posts instead filled by youth.

But champions like Joel Selwood and Patrick Dangerfield will be hurting after last week’s loss to Sydney.

Two of the great players of the modern era were taught a lesson by the Swans, and knowing how proud those guys are, you’d expect a really strong response.

They’ll be out to prove that result was an aberration, rather than an ongoing theme.

It means GWS have no chance of "winning pretty" as they have done at times this season. The only way they’ll get the job done is by getting their hands dirty.

Until they learn to win ugly, don’t count on the Giants delivering when it matters in September.