Wayne Rooney from halfway or Antonio Valencia's stunning volley? What was your Premier League goal of the season?

Wanted by DC United in the MLS, Rooney could bow out by taking the Goal of the Season award for his stunner against West Ham in November. 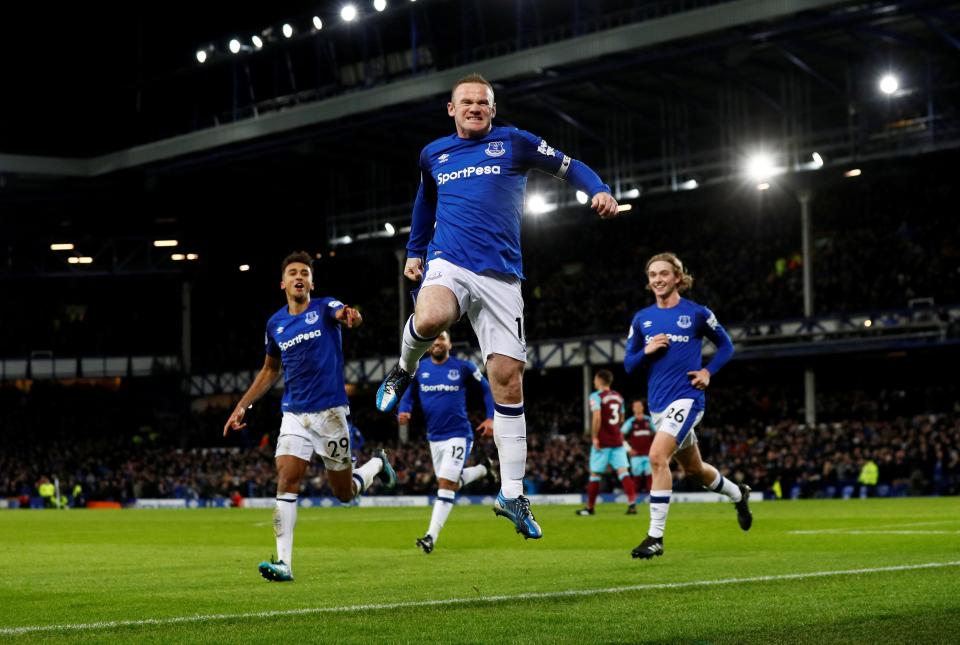 But the likes of Antonio Valencia, Jamie Vardy and Kevin De Bruyne will have something to say about that.

Here, SunSport takes a look at the contenders for the Premier League Goal of the Season.

The Cherries went into a shock 1-0 lead after just 13 minutes against the eventual champs – and it came from an unusual source.

But there was nothing unusual about the way the ball almost ripped the net apart after it left Charlie Daniels' boot.

Vincent Kompany cleared away with this head, with the ball falling to Daniels from what looked like an impossible angle for a strike.

But the 31-year-old had other idea, and let fly with a left-foot rocket that even world class keeper Ederson could get nowhere near.

It proved in vain however, as Raheem Sterling netted a late winner and City won 2-1. 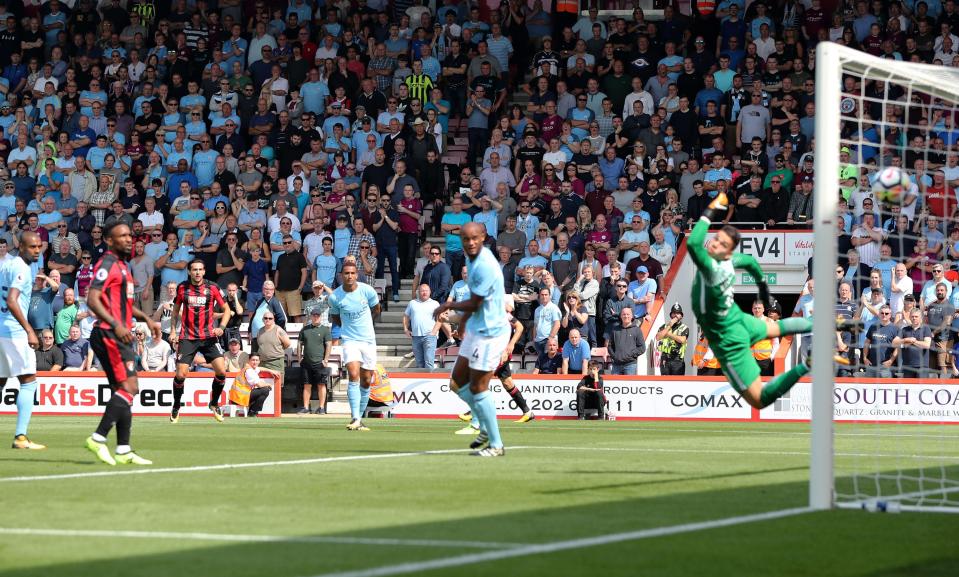 Neither his team-mates, nor the opposition Everton could have expected him to lash home, on the volley, from 25 yards out with an unstoppable effort.

It came with just four minutes on the clock, and started the ball rolling for United here as they thrashed the Toffees 4-0. 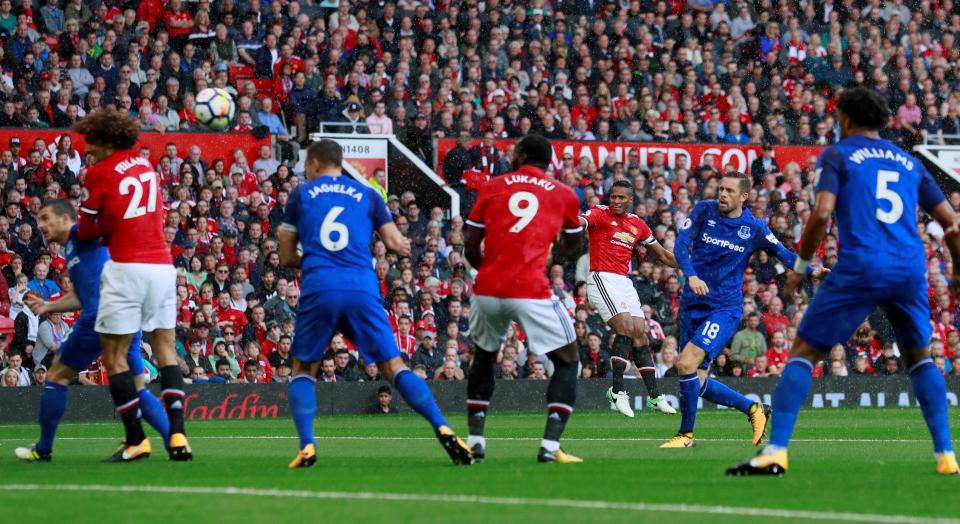 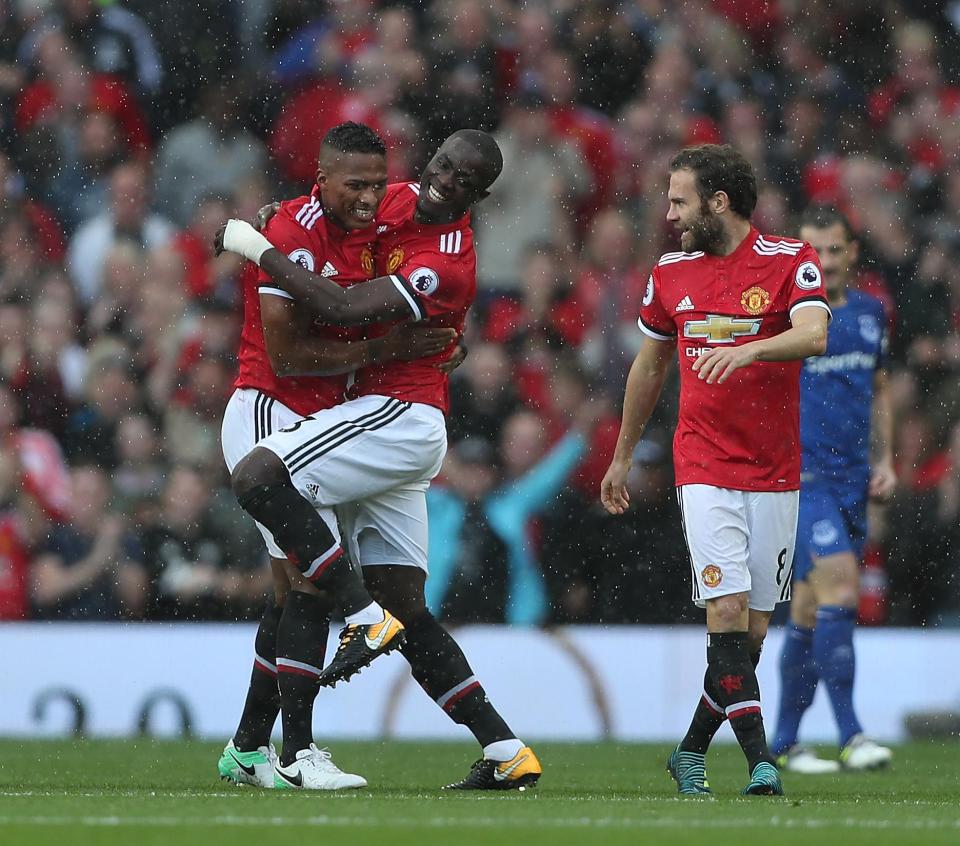 The Moroccan has shown only flashes of brilliance during his time at Southampton, but this was undoubtedly one of them.

Boufal picked up the ball 15 yards inside his own half, and proceeded to run the rest of the length of the pitch, finish off with a few step-overs before slamming the ball past Ben Foster.

Two Albion defenders crashing into each other along the way certainly helped, but Saints fans will long to see more of this from Boufal if he ends up staying this summer. 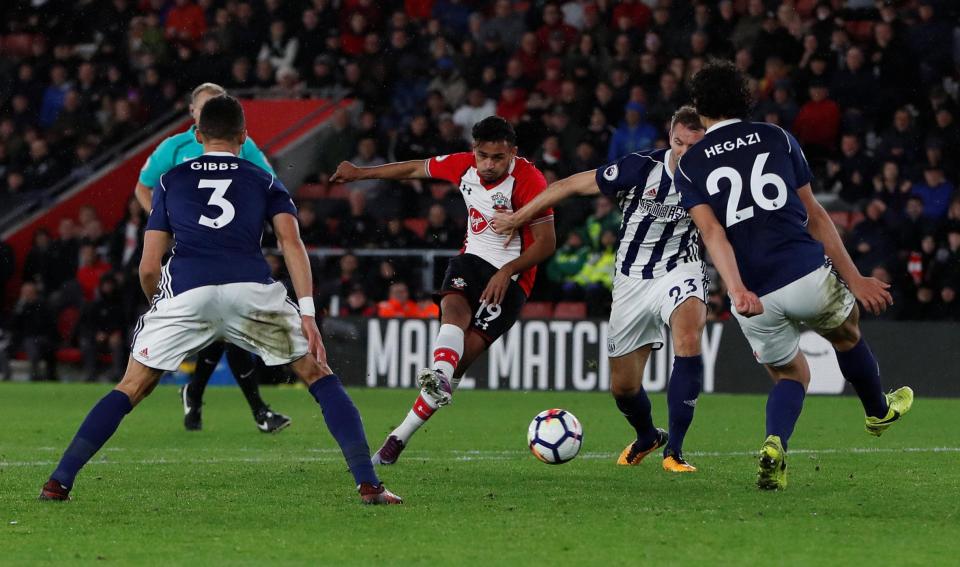 This was definitely a case of "he isn't, is he"?

But with Wayne Rooney we've come to expect things out of the ordinary over the years.

Joe Hart made a hash of his clearance, with the ball falling straight to the feet of Rooney ten yards inside his own half.

Taking it on first time, the former Man United man hammered the ball straight back in the direction it came in, but gleefully into the back of the net.

The goal also completed his hat-trick. If it proves to be one of the last goals scored for his boyhood club it is certainly one to savour. 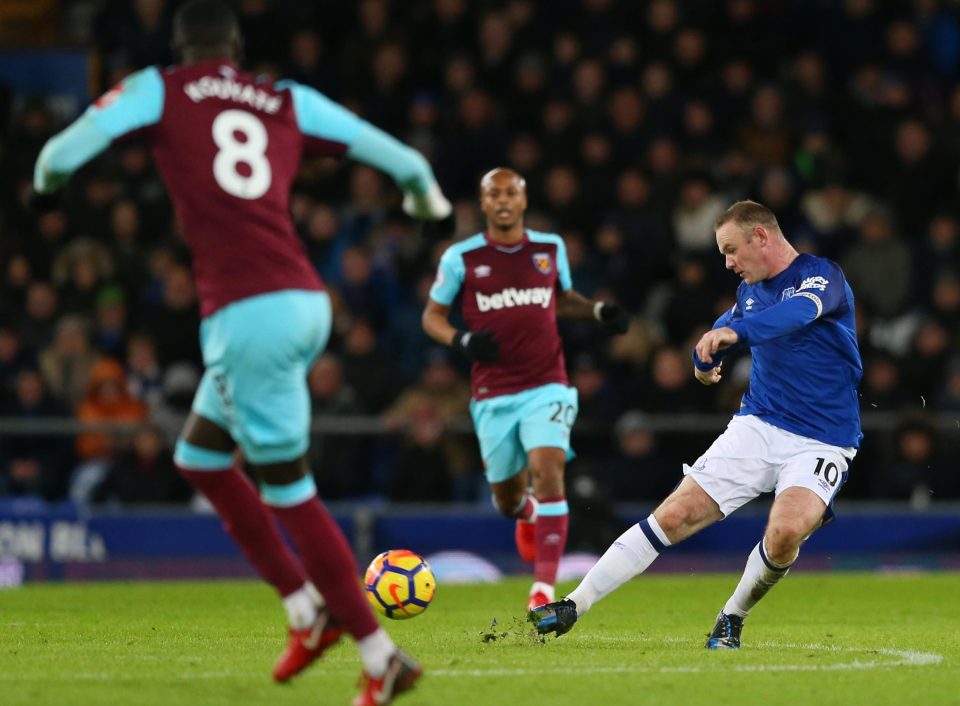 But Pedro Obiang is a player who has provided some level of determination, and he will remember the game against rivals Tottenham for sure.

Collecting a pass 30 yards out, he cut inside, took a couple of touches before nearly taking the net out of Hugo Loris' goal. 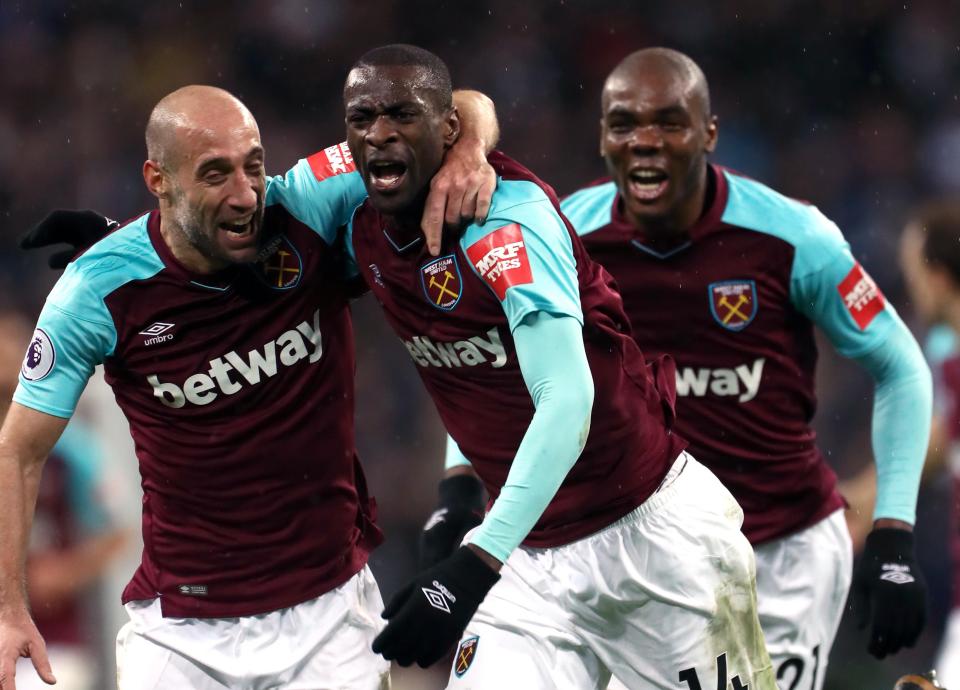 Many Chelsea fans cannot understand why Willian is not a more regular starter, if not one of the first names on the team-sheet, at Stamford Bridge.

And against Brighton at the start of the year, the Brazilian showed his true talents in some style.

He received the ball from Michy Batshauyi after a neat spell of passing before arrowing a strike into the Brighton goal. 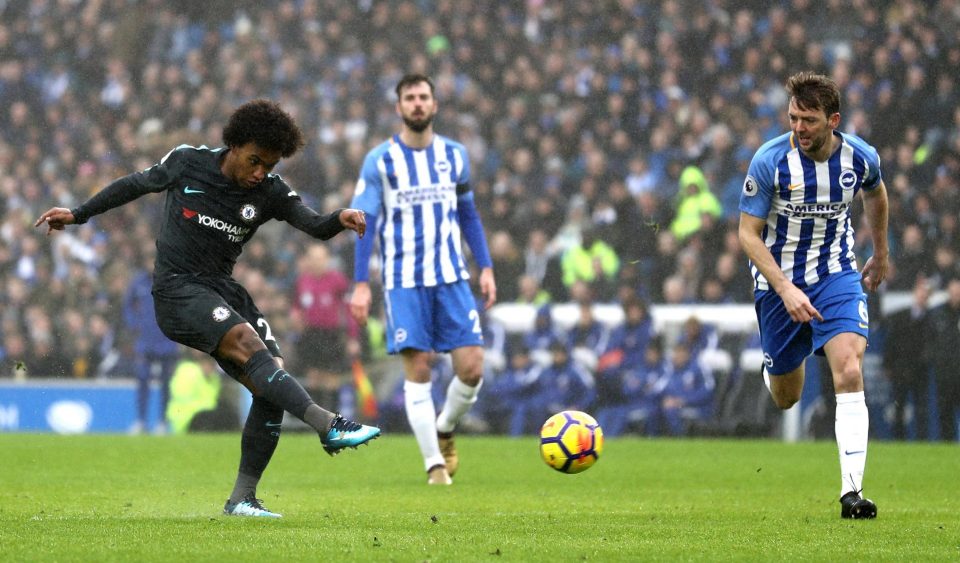 But step up Victgor Wanyama, who may have netted the best of the bunch this season.

The Kenyan stepped off the bench on 79 minutes with his side 1-0 down and rocketed home an equaliser.

There was still more drama left in the game as then Mo Salah put Lioverpool 2-1 before Kane netted an injury-time penalty for a share of the spoils.

But despite this exciting finish, Wanyama will have been the talk of the town for his efforts.

This was Jamie Vardy doing what he does best.

The England striker got in behind trhe West Brom defence and on the end of a delicious pass from Riyad Mahrez.

Showing the confidence he has in abundance to get to the very top of the game, Vardy took the shot first-time, on the body, after swivelling into position.

It's been an up-and-down 2017/18 season for the Foxes, and they will once again be hoping to keep one of their best players this summer. 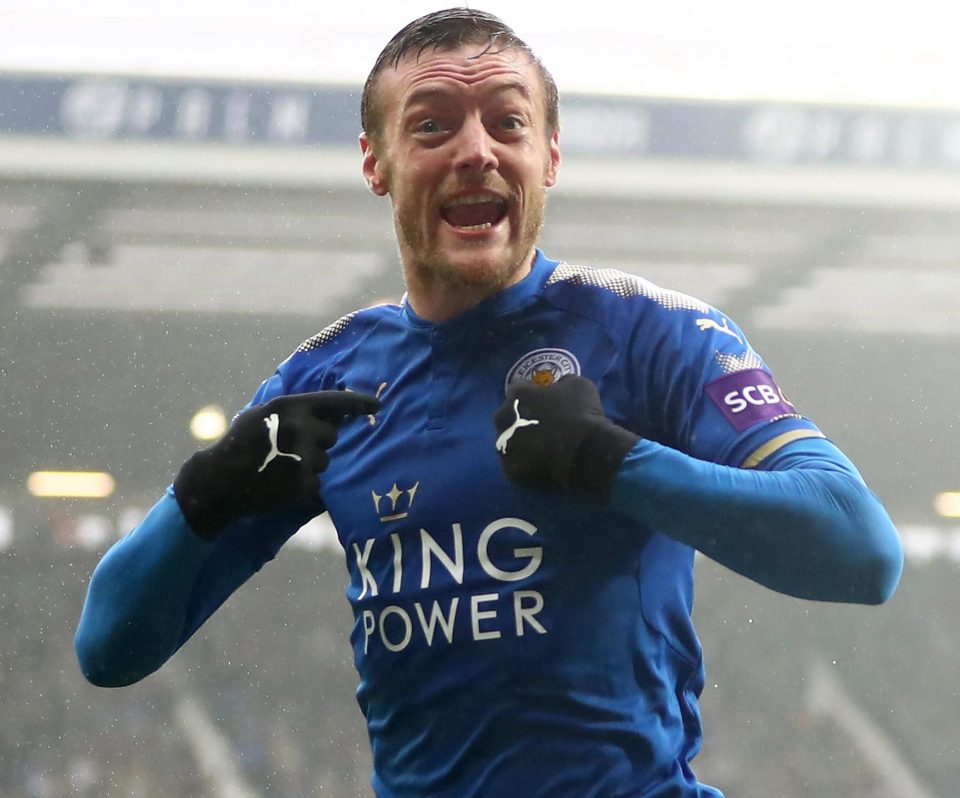 The Danish magician is one of Tottenham's most consistent performers, and at just 26-year-old, things could get even better.

Eriksen picked up the ball around 30 yards from goal, and hammered an effort that had Willy Caballero on his haunches.

It's no wonder money-bags PSG are reported to be sniffing around. 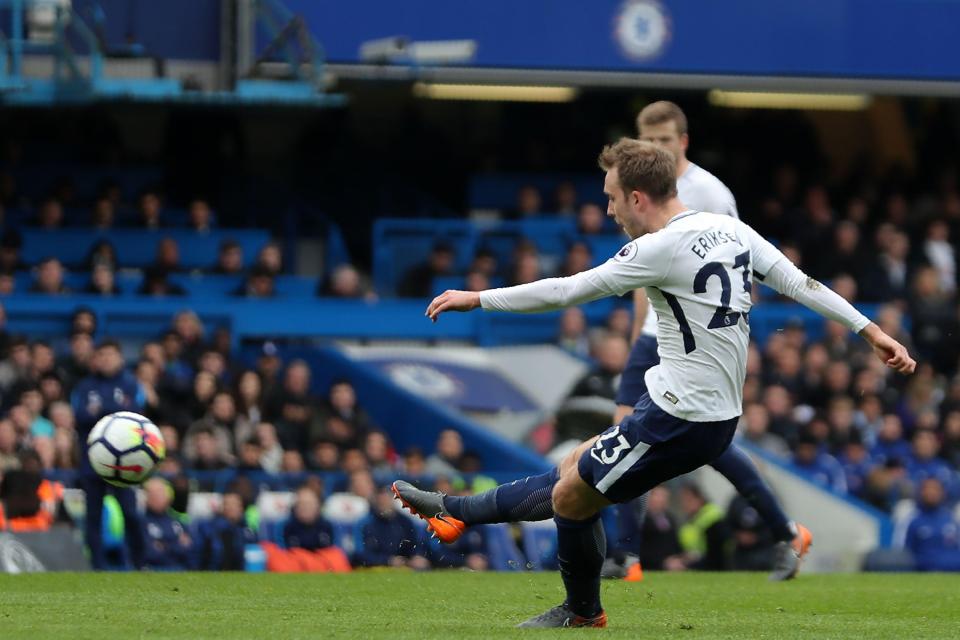 It's been his finest season for Manchester City, and probably of his career so far.

If it hadn't have been for Mohamed Salah, De Bruyne would have been a shoe-in for the Player of the Year award.

And against Swansea, De Bruyne showed the confidence that has been built under the patient tutelage of boss Pep Guardiola.

The Belgian dribbled forward five yeard before firing towards goal. Cue, despite Lukasz Fabianski sprawled on the floor and City were on their way to a 5-0 win. 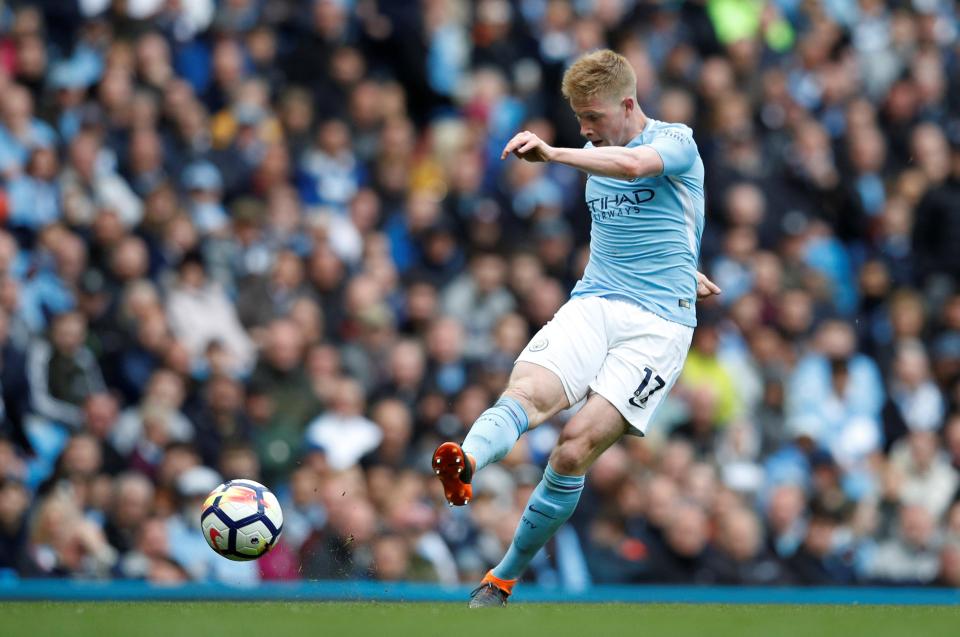