After firing past fellow ex-Everton and Manchester United man Tim Howard, in goal for opponents Colorado Rapids, the former England captain sat out the final minutes of stoppage time as he received treatment for a gruesome cut. 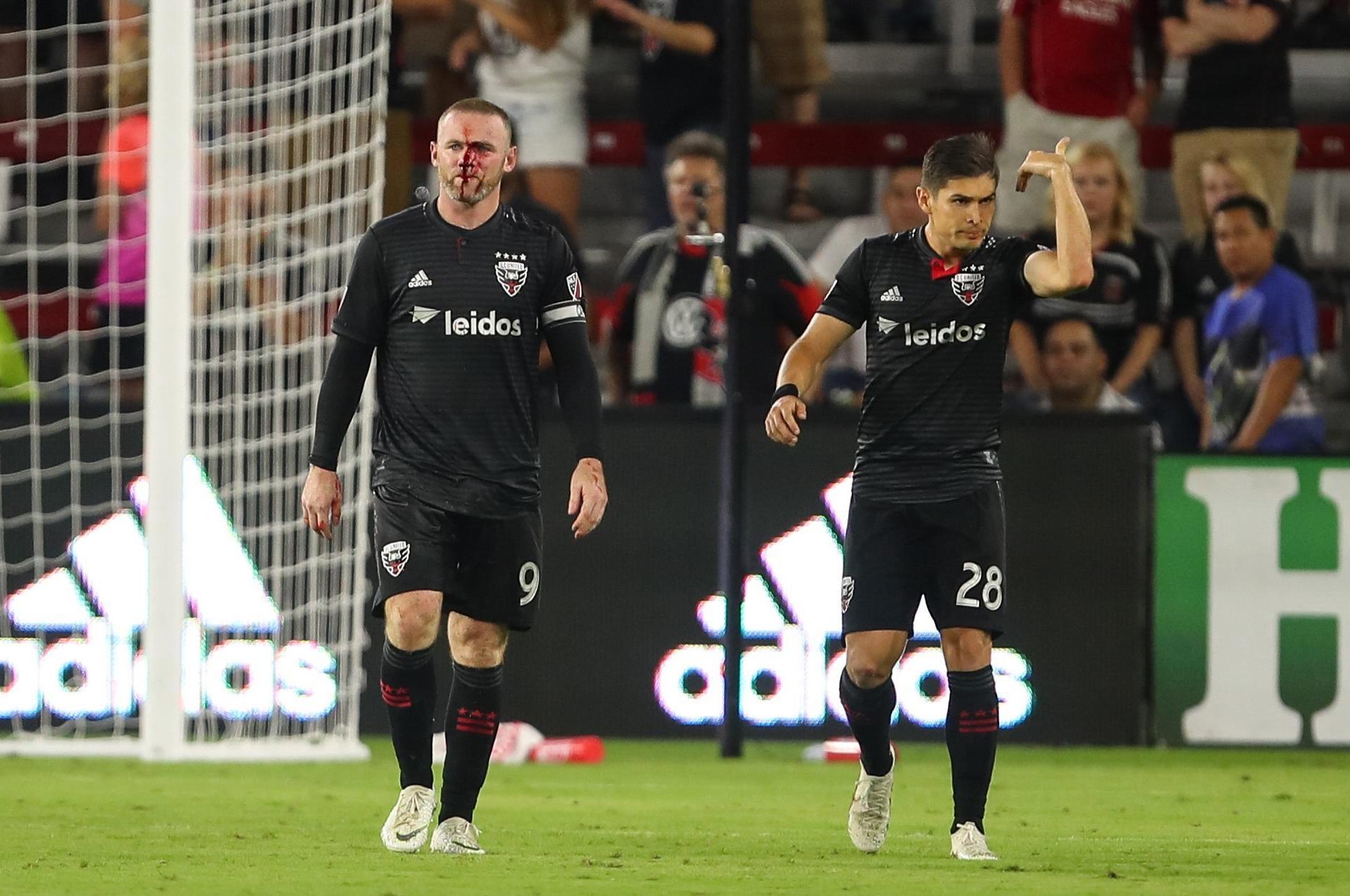 Rooney, 32, was making his fourth appearance for DC United after moving Stateside this summer from Everton.

In the 33rd minute he was slipped in behind the Colorado defence and slotted underneath Howard.

It helped his team to a 2-1 win, just their fourth in the 2018 season as they sit rooted to the bottom of the Eastern Conference.

Only Colorado and San Jose Earthquakes lie below them in the overall table, having accrued just 17 points from their 18 games so far. 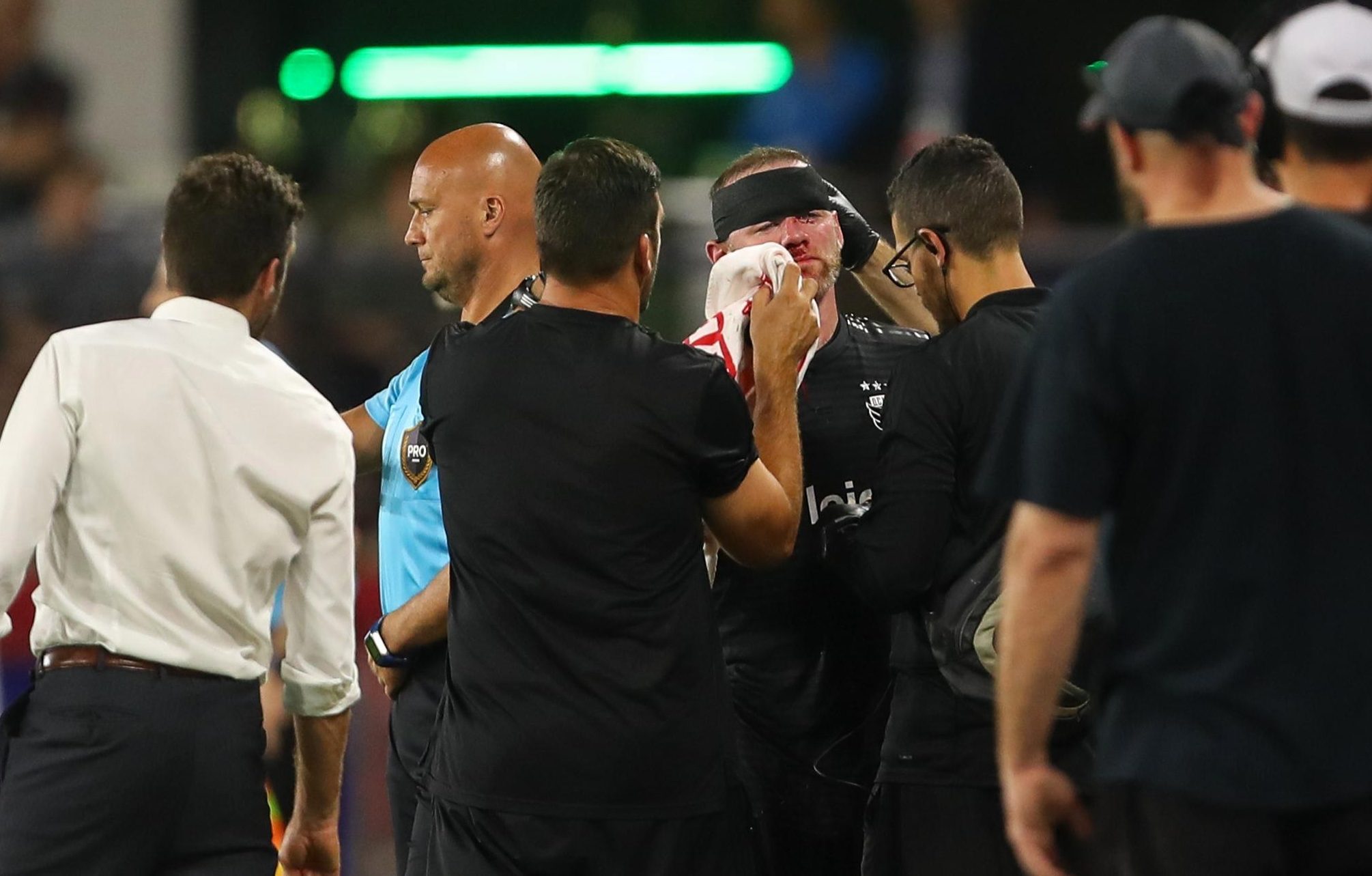 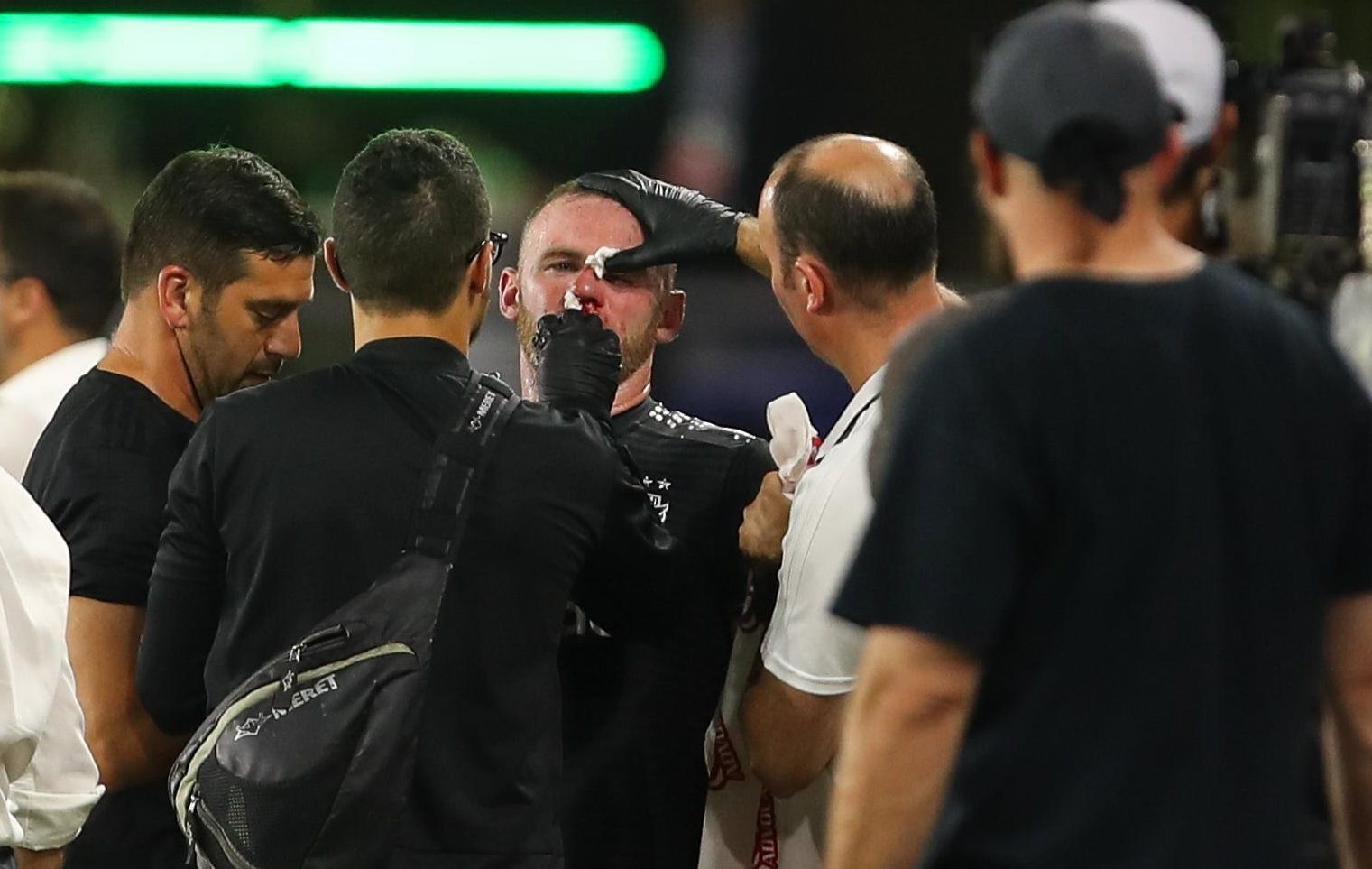 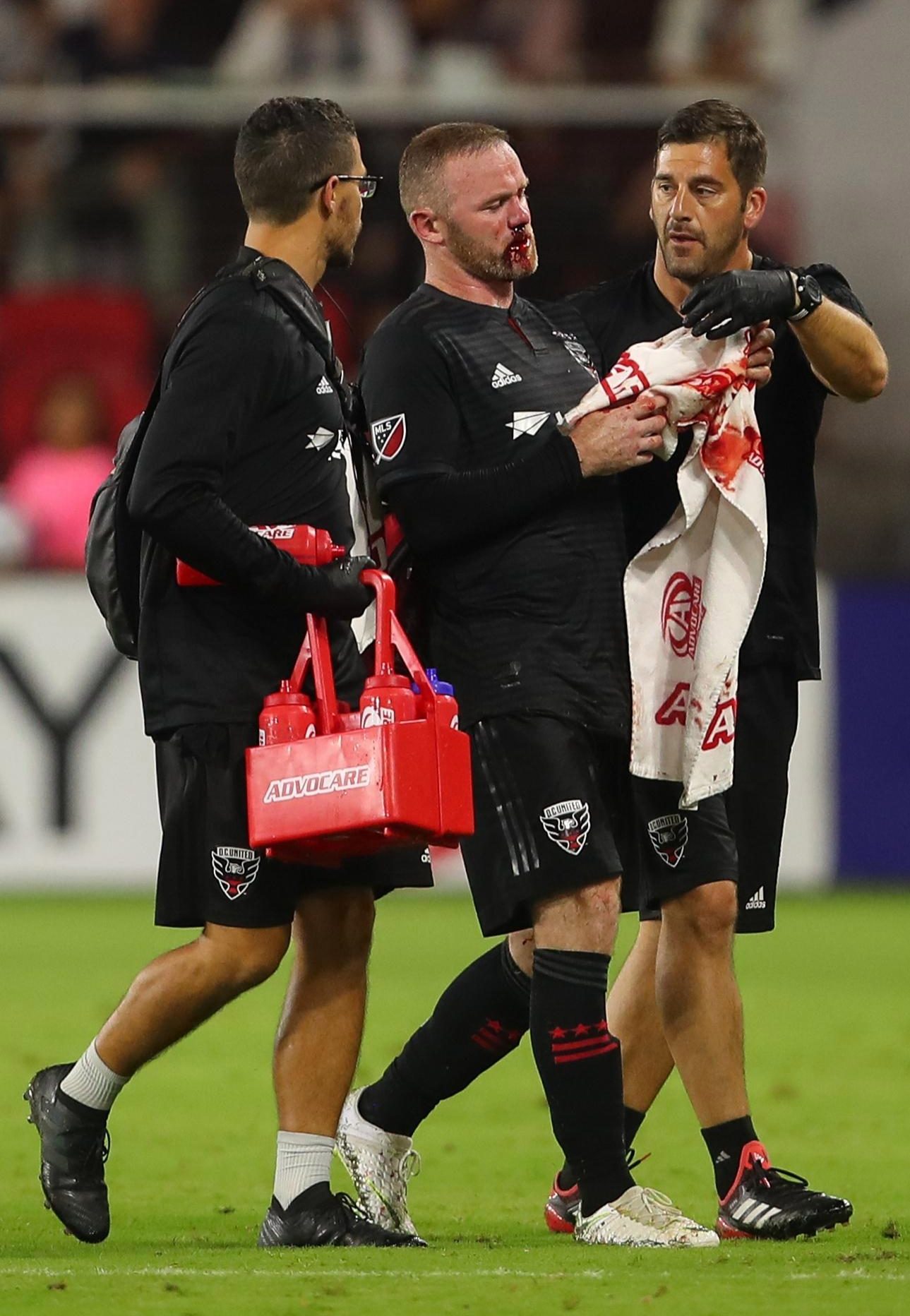 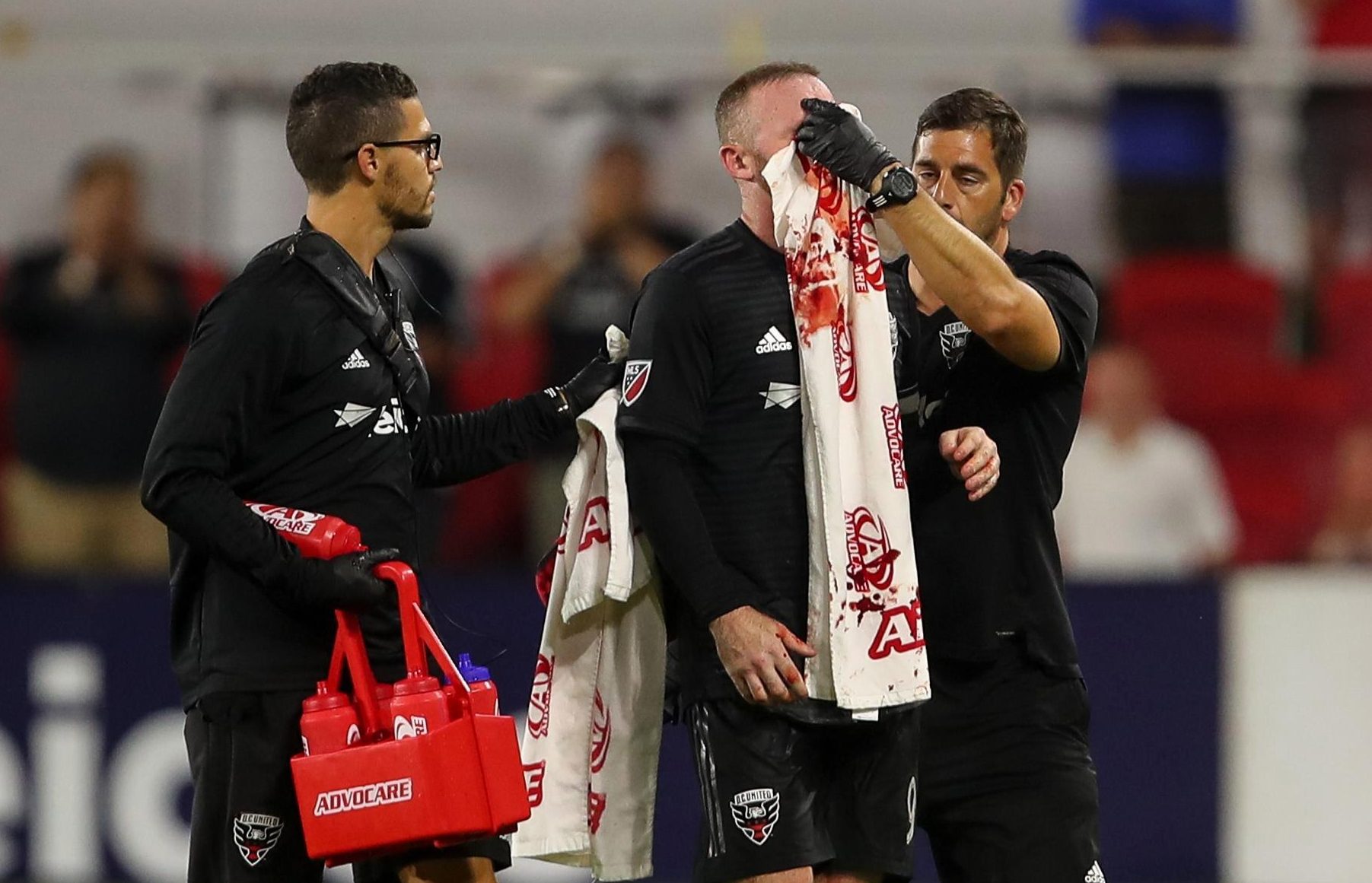 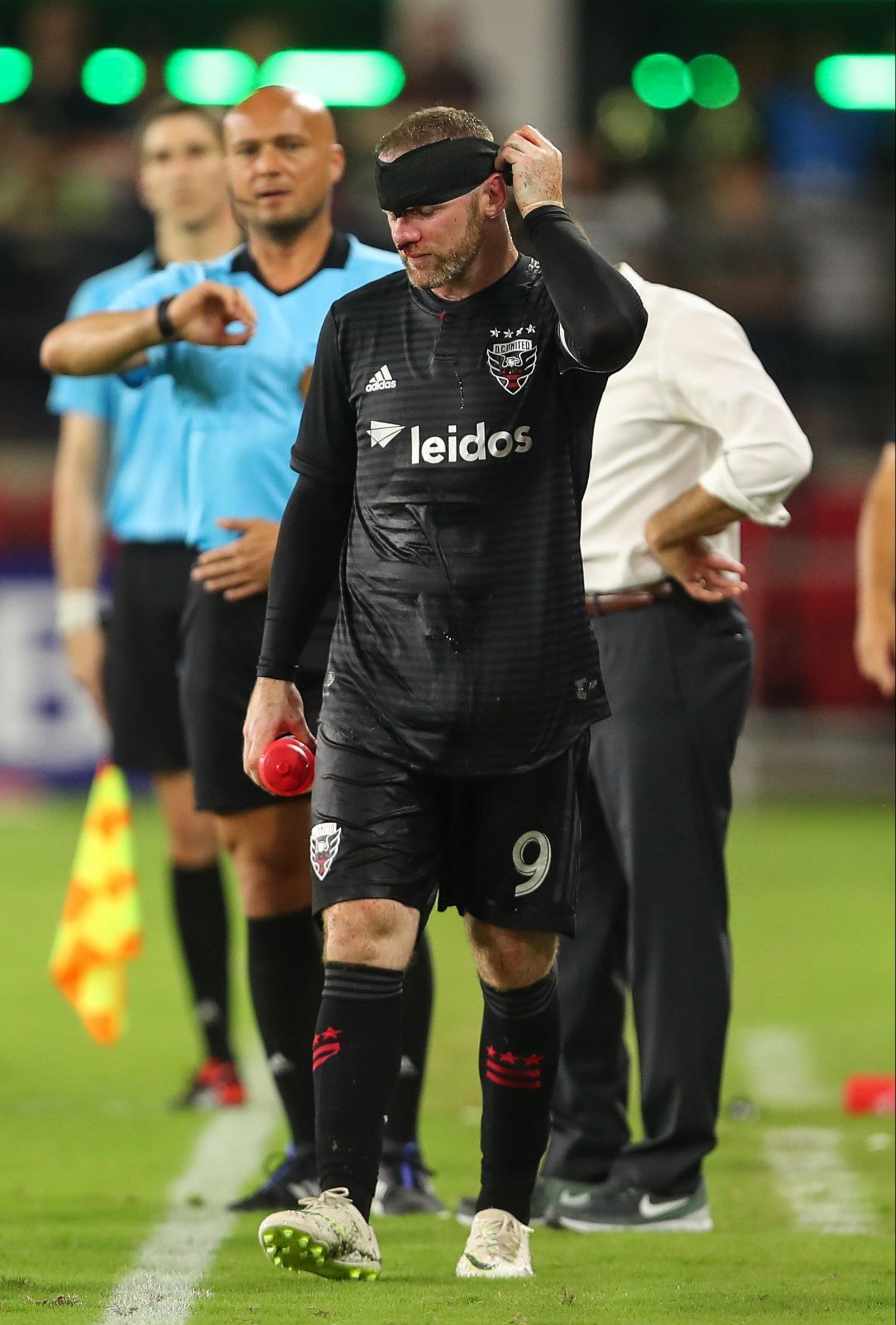 The Rapids levelled through Kellyn Acosta with eight minutes remaining but a 90th-minute Niki Jackson own goal gave Rooney a first three points to go alongside the goal.

But in the 94th minute his night took a turn for the worse when defending a corner against 6ft7in Swede Axel Sjoberg.

Rooney collided with Sjoberg and blood began pouring from his head, forcing him off the field.

He then watched the final few minutes from the sidelines, with the wound needing five stitches. 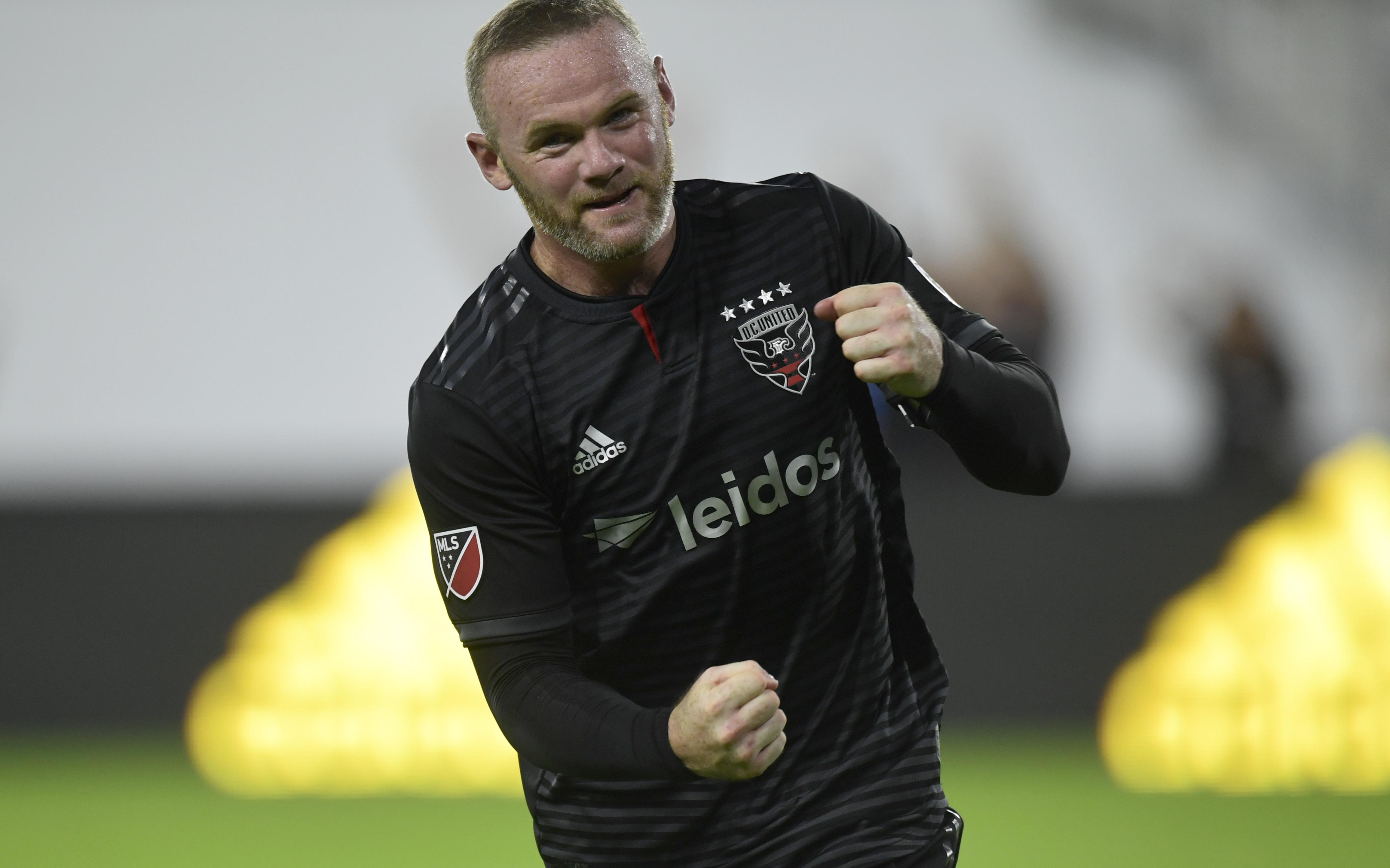 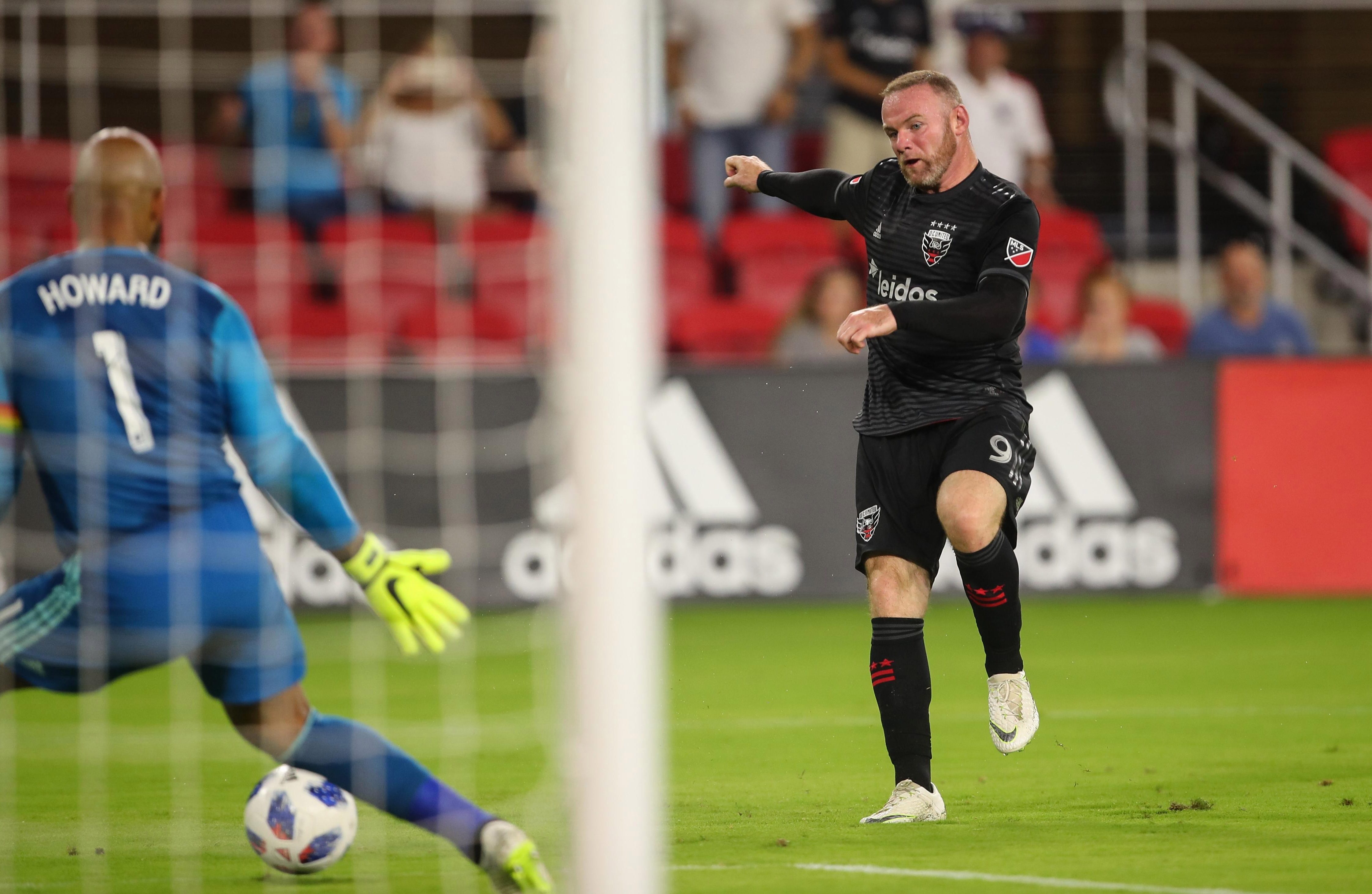 DC coach Ben Olsen was not worried about his star man, even as he conducted his post-match interviews stained in Rooney's blood after hugging the striker after he came off.

Olsen said: "I don't think it's the first time he has bled. He is a pretty tough guy.

"It shows you what this means to him right now. He's in the box, putting his face on the line, understanding that's a big moment.

"We needed to that play to get out of that spot." 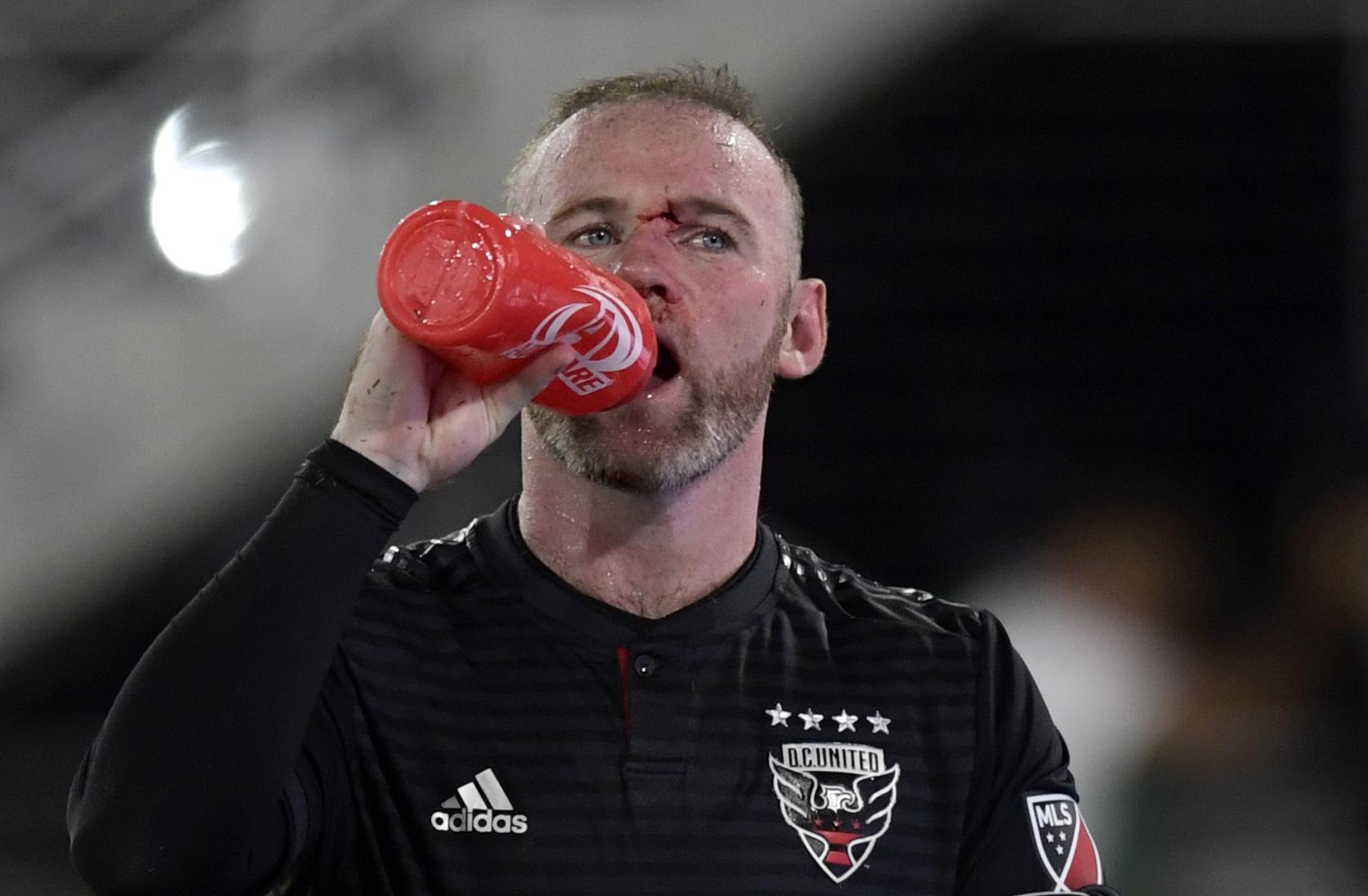 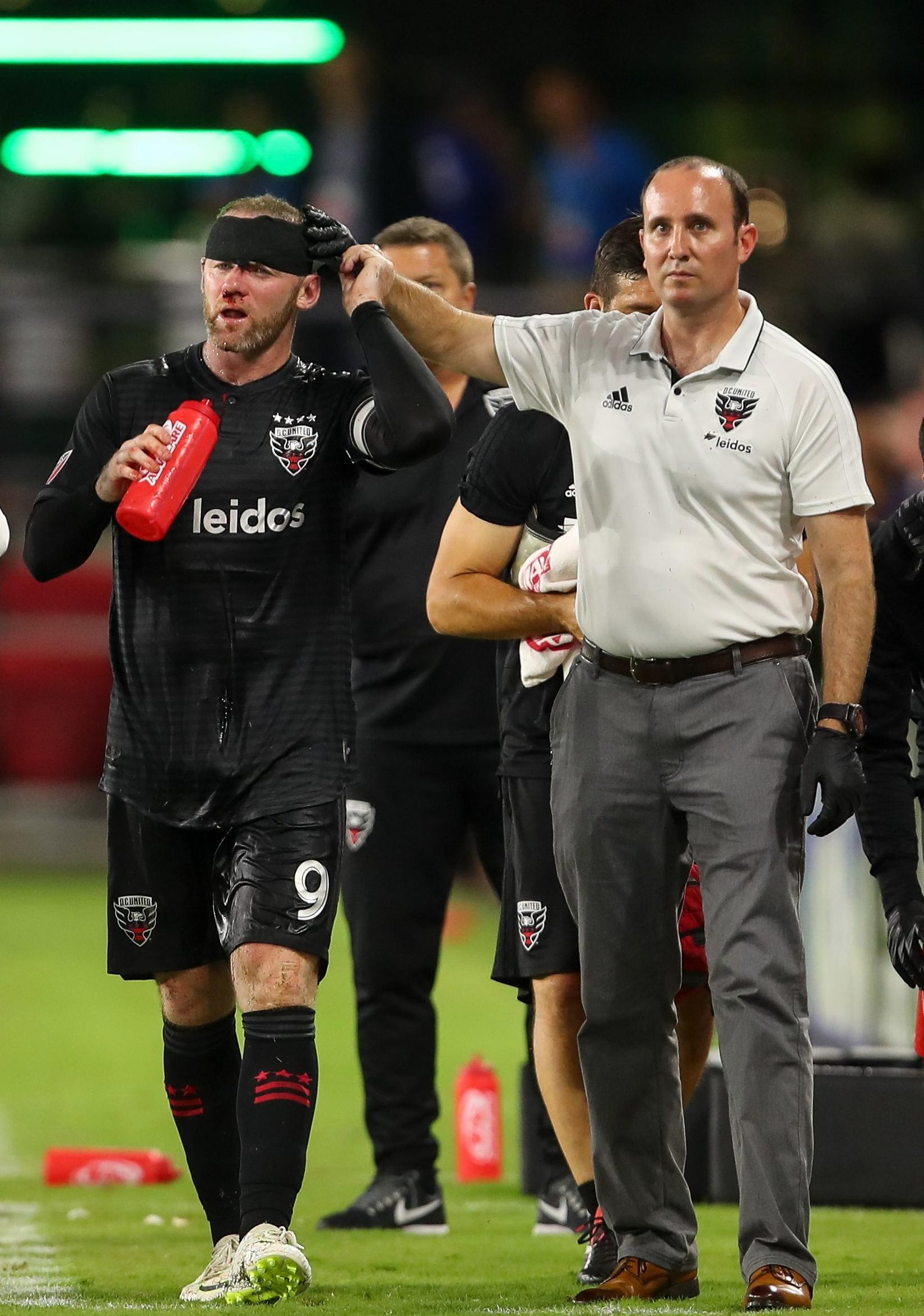 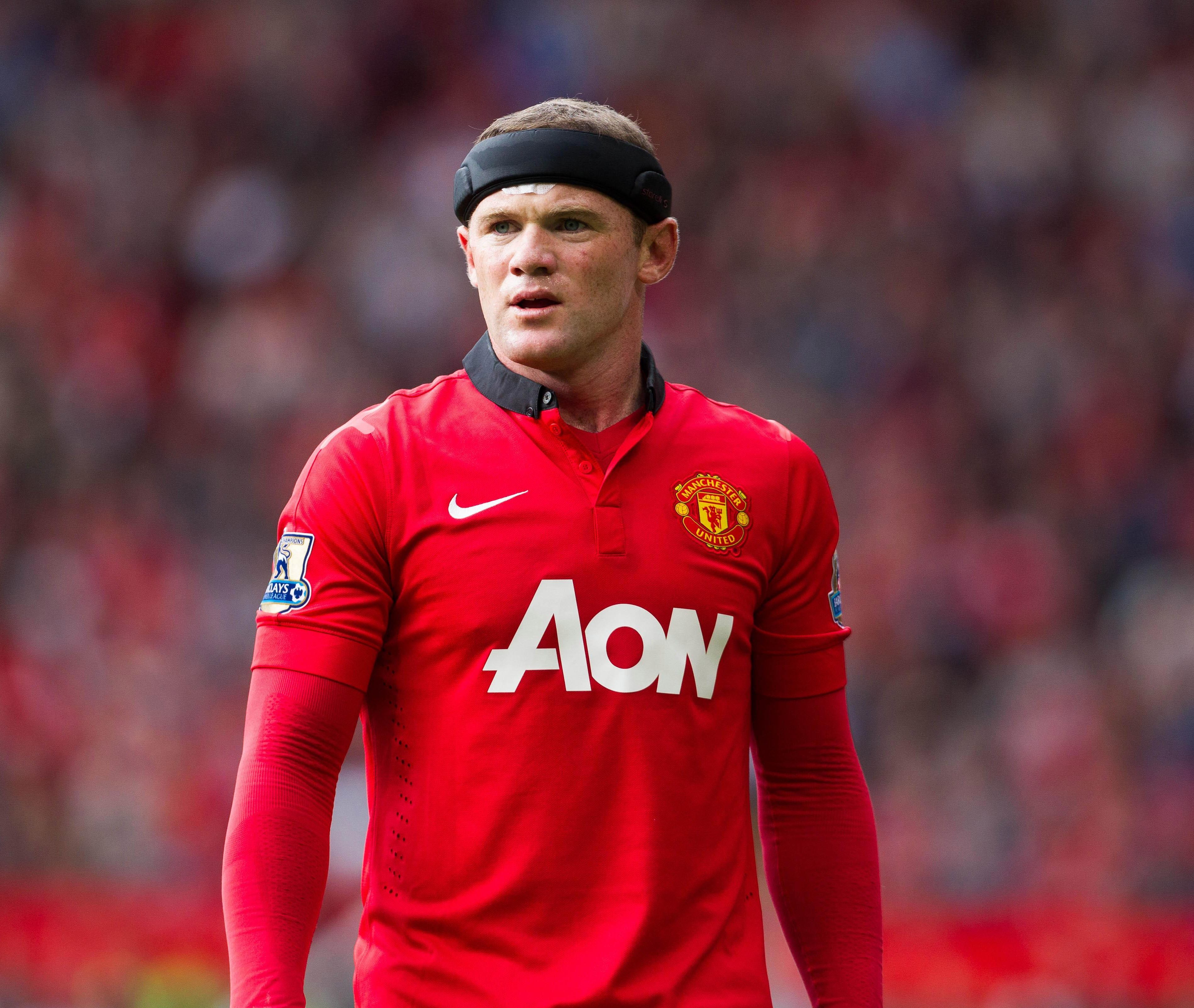 Back in 2013 Rooney was forced to wear a headband to protect a gash in his forehead.

That collision required 12 stitches after he crashed into teammate Phil Jones.

He missed a month's action recovering from that clash, but this injury does not appear anything like as serious.

And last season he was poleaxed by a flying elbow from Bournemouth's Simon Francis, leaving him with another nasty injury. 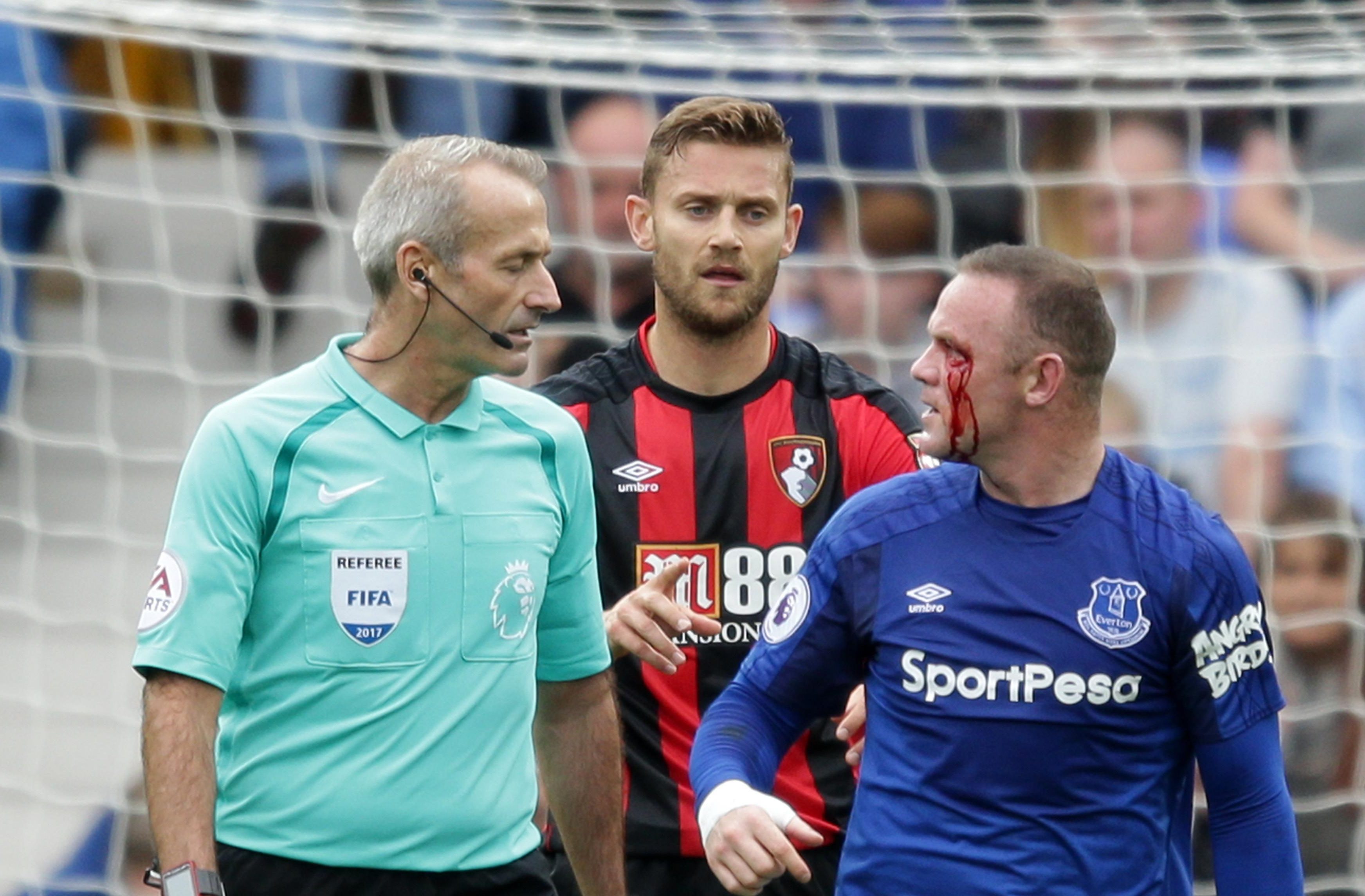