David Pipe's National hope looks on a generous mark and burst back to life at Aintree on his return. 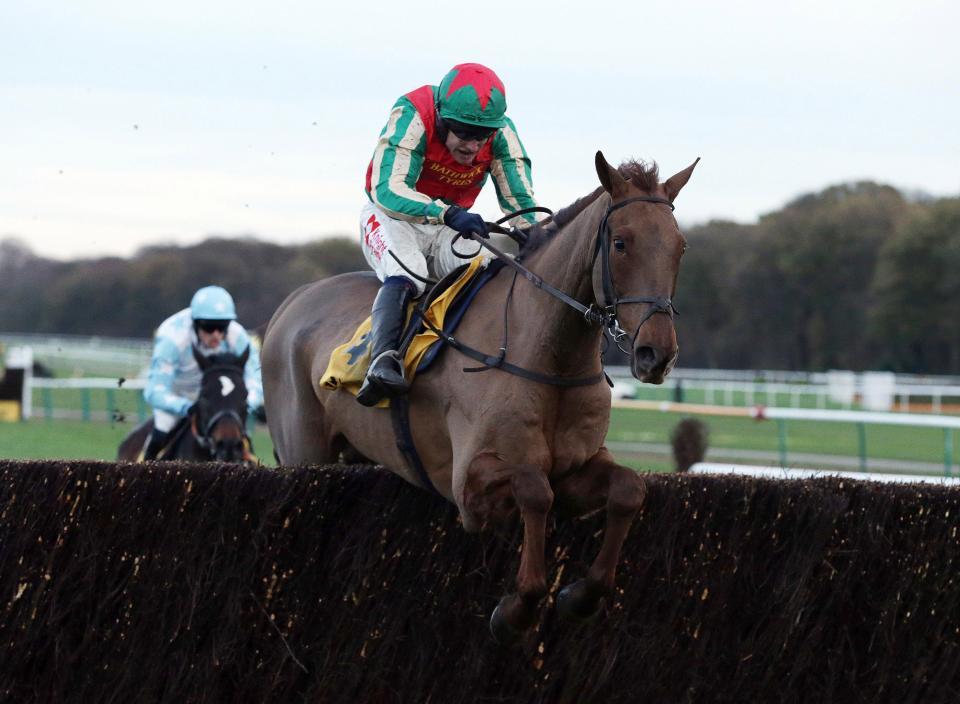 Not the optics you need. His jumping usually lets him down and he looks handicapped out of it.

Good on his day and stays nicely but probably wants slightly better ground too.

Don't take to the Gala. Another who could struggle under the big weight in what is a proper test.

Venetia Williams is having a good time of things though and he will love the Welsh mud. Each way chance.

Book your hols. As solid chance as any, but fairly short for a race such as this.

Fits the profile of former winner and stablemate Native River, but will need to improve on Newbury run to take this under big weight.

Not rock steady. Blows a bit hot and cold and very tricky to win with.

But looks nicely handicapped and could be sneaking under the radar. Not often you see a Henderson horse at this price.

Stay grounded. Looks badly treated after a close first last time out that has not worked out.

Good fourth in this last year when well fancied but higher in the weights this time around.

Roaring chance. If not bouncing looks tremendous value for the rejuvenated David Pipe.

Looks on a winning mark and will jump all day in the mud.

Blue in the face. You can never rule out a Gordon Elliot raider and will relish conditions.

Good form in big chases in Ireland last season and a repeat of those would put him in the mix.

Not bae. Out of luck more often than not in recent starts and hasn't won for a while.

Not unexposed in the slightest and would need a big improvement on recent efforts.

Course specialist. Loves it around the Welsh track, but this by far his sternest test here.

Still on the up, but stamina also a question mark and does look a tad short in the betting.

Not on the 'Raz. Won this last year in bottomless ground and only 2lbs higher here.

But beaten fifty lengths plus in all starts since and that race looks to have taken it out of this teenager.

Not royalty. Hard to get a hold on but definitely better in soft conditions.

Very inconsistent and even his best form arguably not good enough to take this.

Keep dreamin'. Unexposed in races like this and over this trip but hard to fancy it will suit.

Probably still more to come off this mark but looks like this will be an experiment rather than what's needed right now.

Brian who? Has shown improvement under Dickie Johnson. But he's not on board today and this is a leap in the dark.

Can't decisively rule out but would be a big surprise if he was in the mix two out.

Give the bookies a nudge. Ran well in this last season and 7lbs lower today with conditions to suit.

Blows hot and cold but likely primed for this and has the in form Sam Twiston-Davies in the saddle.

Not the tenant you want in your house. Has shown absolutely nothing recently and needs a spark for new yard.

Priced up at huge odds for a reason and easy to ignore.

No touchdown. Struggled of late and reverts back to fences in tough company.

Has nowhere near the ability of some of these but would take some training performance to have him in the mix.

Oh dear Jenny. Nothing like his horse has faced before but gets in on a very light weight.

Unexposed, but even with little on her back, a big ask to mix it with the big guns.

City escape. Can't be ruled out and has a sniff on some of his form.

Trainer in good form and could be good value for this small yard.

The name says it all. You have to go a way back to find some solid form and the handicapper yet to relent.

Will be a remarkable effort from Michael Scudamore if he goes close here.

Not out the woods. Another at a big price but doesn't look particularly well-handicapped.

Would put my each way pennies elsewhere.