SunSport answers all your questions on what it means for England, Tottenham, Chelsea and the NFL… 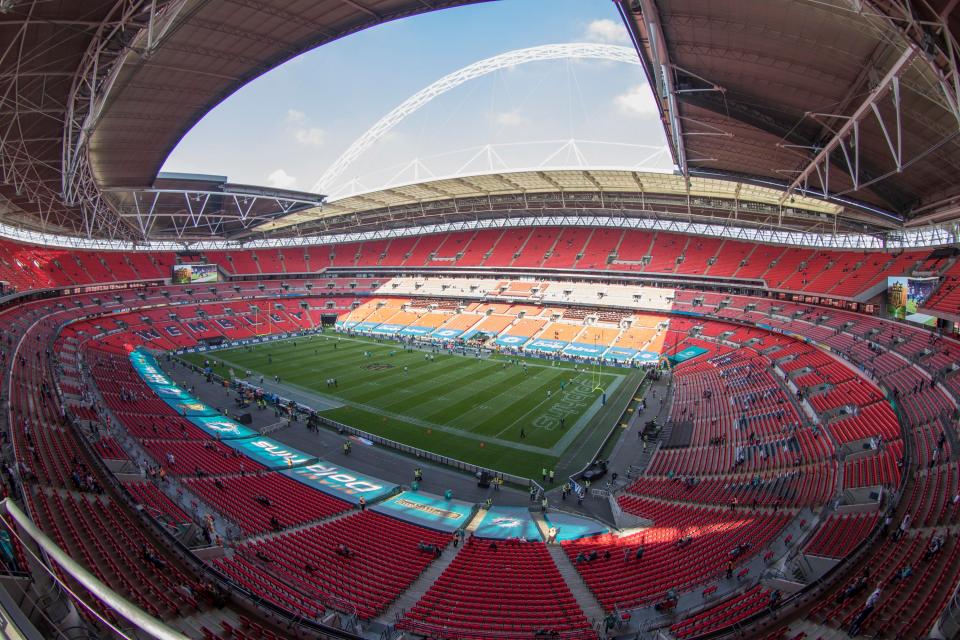 When could the sale be done?

The FA Board only received details of Shahid Khan’s offer this morning and the process will take weeks and possibly months. In the short-term, nothing will alter.

The FA Cup final next month will still be played at Wembley, as will England’s World Cup warm-up game with Nigeria on June 2. 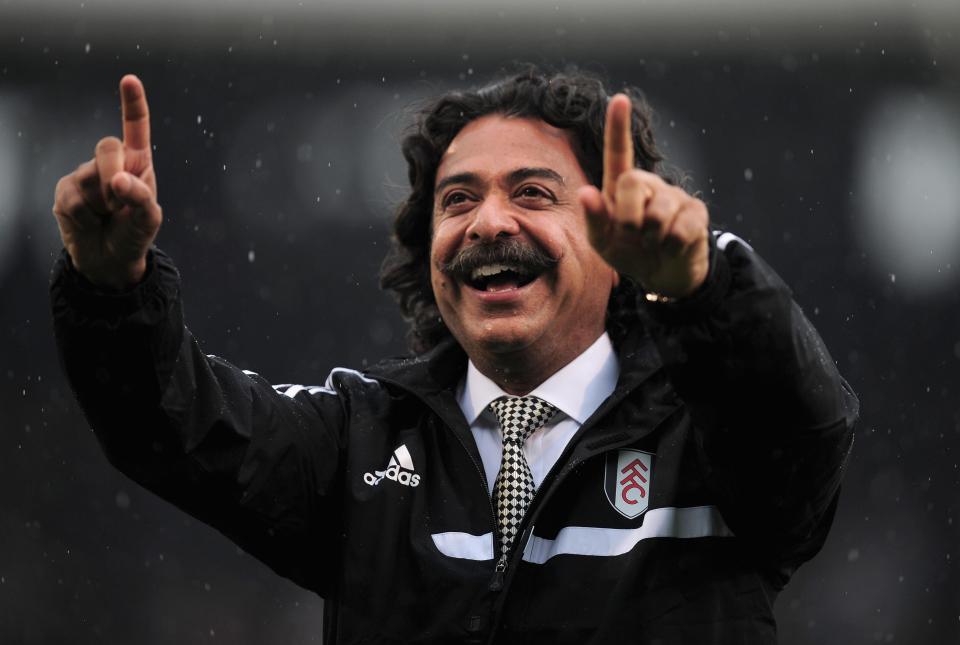 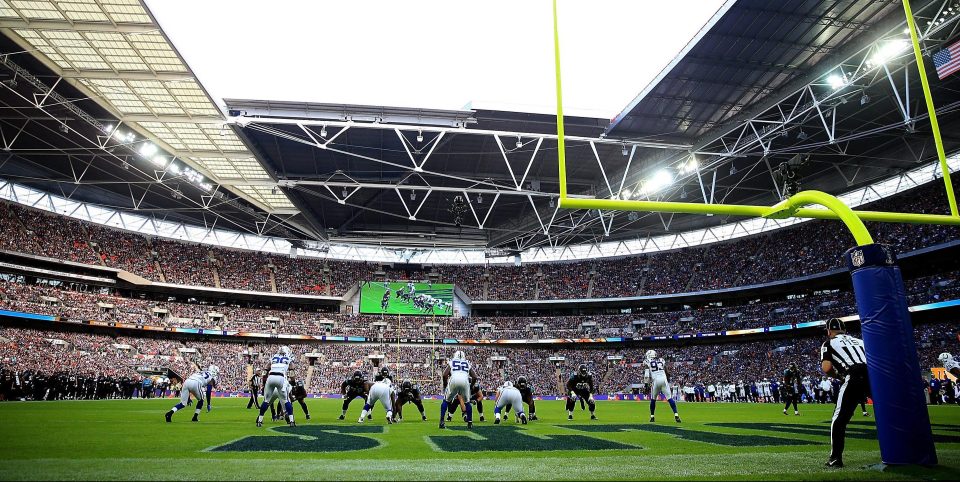 The FA have already scheduled the November 15 friendly with the USA for the national stadium but have yet to confirm the venue for the September friendly with Switzerland or the home games against Spain and Croatia in the new Nations League that starts in September.

Wembley chief executive Martin Glenn believes the proposed deal is a game-changer for English football, releasing funding for grass roots development that would otherwise be inconceivable.

The endowment fund for future grass roots projects will bring £500m into the development of the game at all levels, allowing better facilities, more coaches and opening up more opportunities for girls and women to play.

TACHE WITH THE CASH Meet Shahid Khan, the man who arrived in the USA with $500 is buying Home of Football 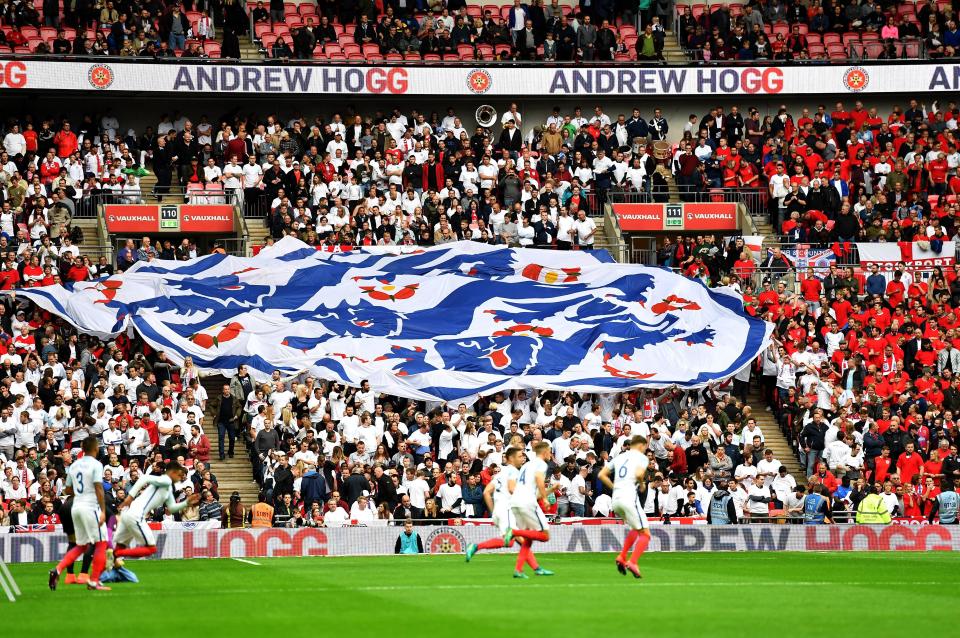 Are we going to get “McDonald’s Wembley”?

The FA have demanded that Khan agrees the ground remains known as 'Wembley Stadium', at least for now.

That suggests naming rights are not immediately on the agenda, although it keeps alive the possibility of “Wembley Stadium, sponsored by Panasonic” or whomever.

Will the FA Cup Final be moved away from Wembley?

Absolutely not. Khan is keen to ensure the marquee events held at the ground will continue to be staged there.

But it could see the semi-finals reverting to 'neutral grounds' like Old Trafford, the Emirates or Villa Park in the future, preserving Wembley for the final.

One factor against that is that only Wembley can house 90,000 supporters.

Does this mean an NFL franchise in London?

It certainly looks that way, especially as the FA are preparing to send the England team 'on the road' round the country for the autumn games if fixtures clash with Jaguars home games in the NFL schedule.

Khan will presumably have already have consulted with NFL commissioner Roger Goodell about his plans but any relocation of the franchise would still need to be approved by a vote of the 32 NFL team owners. 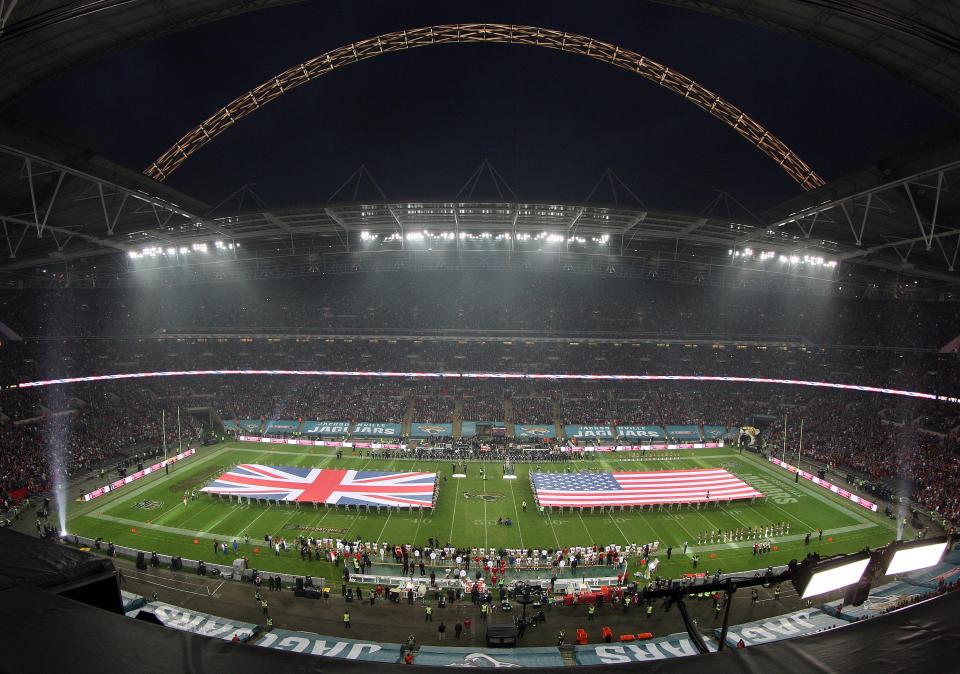 Taking a franchise out of the USA for the first time will be a big and controversial call, although it would open up the entire European market given the easy transport links to London.

But aren’t the NFL moving to Tottenham?

The NFL have certainly funded part of the cost of the new Spurs stadium at White Hart Lane.

Tottenham chairman Daniel Levy signed a 10-year deal to play two NFL matches per season at the new stadium last year, separate NFL-sized dressing rooms are being built in the East Stand of the 62,000-capacity ground and the grass pitch will be rolled out to allow NFL matches (and concerts) to take place on the artificial turf below.

From Twin Towers to the Arch for £757m

Sept 2002
Old stadium demolished as government stumps up £20m in return for more control. WSNL secures £433m in bank loans for a project with revised cost of £757m.

Whether this means more games in London in addition to Jacksonville’s home matches is less clear but Levy will have signed a deal with cast-iron financial guarantees.

What about Chelsea – aren’t they going to move to Wembley?

Wembley was certainly the most likely option for the Blues as they embark on the £1billion-plus revamp of Stamford Bridge, although that is now now expected to start until at least the 2019-20 season, if not a year later.

Chelsea need to find a home for four seasons but the demands of the NFL fixtures from September through to the end of December – and beyond if the Jags secured home advantage for the play-offs – would appear to scupper that possibility, adding problems for Roman Abramovich and his board to overcome.

But if Khan loses interest – could Wembley be knocked down for housing?

No. There will be a cast-iron agreement in place that Wembley remains a sports and entertainment venue. In any event, Brent Council, the Mayor of London and the Government would have to approve such a huge conversion project and there seems no chance that they would assent to the permanent loss of such an iconic national building. The only real difference will be that the income – and costs – will be for Khan to deal with.