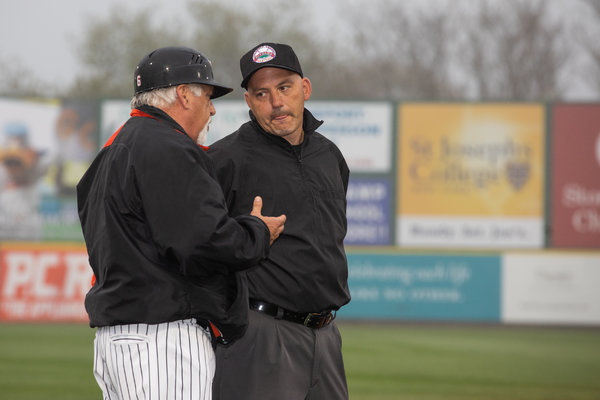 NEW BRITAIN, Conn. — There were Bees and Ducks on the field at New Britain Stadium last week, but all of them were really a different species.

“We’re lab rats, which is fine,” said Wally Backman, the manager of the Long Island Ducks, in his office Tuesday night. “I don’t mind it. The game is still 27 outs.”

It is, but many other parts of the game are different now in the independent Atlantic League, the testing ground for M.L.B.’s efforts to inject more action into a sport increasingly dominated by strikeouts, home runs and walks.

The automated strike zone — perhaps the most radical of the experiments — made its debut at the Atlantic League All-Star Game last month, and in New Britain on Tuesday. It works this way: M.L.B.’s TrackMan radar system judges each pitch and sends the call — “Ball!” or “Strike!” in a male voice — through a wireless earpiece to the home plate umpire, who simply repeats the call (unless there has been a clear error by the system, which can be fooled by balls that bounces before, or even after, the plate).

“It’s almost like an easy out for the umpire,” said Timothy Rosso, the home plate umpire on Tuesday. “Just point to the ear: ‘The machine called it; I had nothing to do with it.’”

This innovation has all but eliminated arguments between managers and umpires, and rendered pitch-framing skills irrelevant. A catcher can influence an umpire with the way he presents a pitch, but a machine does not care.

“I’m curious to see how it goes,” said J.D. Martinez, the Boston Red Sox slugger. “If it’s going to be more accurate and work better, what’s there to be against?”

The strike zone, though, is just one of several intriguing changes M.L.B. is testing in the Atlantic League, whose eight teams are peppered with former major leaguers seeking one more chance. At least nine other changes, directed by M.L.B., are now in play:

• Pitchers must step off the rubber to make a pickoff attempt.

• Batters are allowed one foul bunt with two strikes.

• Batters can steal first base on any pitch not caught by the catcher.

• Checked-swing calls are supposed to be “more batter friendly.”

• No mound visits by players or coaches other than for pitching changes or in case of possible injury.

• No infield shifting (two infielders must be positioned on each side of second base).

• Time between innings reduced by 20 seconds, to 1 minute 45 seconds.

• Pitchers must face at least three batters or reach the end of an inning before they can leave the game, except in cases of injury. (The Class AA and AAA levels of the affiliated minors also use this rule.)

At M.L.B.’s request, the Atlantic League also recently gave a one-day test to a “consistent-grip” baseball, which did not need to be rubbed with mud before games. One planned initiative — pushing the mound back by two feet — has been set aside for reconsideration next year.

Rick White, the president of the Atlantic League and a former M.L.B. official, said the changes are intended partly to increase safety and speed up games. But baseball’s overriding goal is to combat the inertia that often dominates games in the majors, where strikeouts have increased every year since 2006 and stolen bases are at their lowest rate since 1971.

“The one rule I’m seeing that has the most effect is the ‘step off or else you’re balking’ rule,” said Mauro Gozzo, the New Britain Bees manager and a former major league pitcher. “It takes the lefty pickoff move away. It takes away the inside move to try to pick off a runner or keep him close at second. Anybody with speed has the ability to get a better jump, so there’s more risk-taking at stealing bases.”

As for stealing first base, hitters are still learning. The Bees’ Mike Carp, who won a World Series ring as a reserve for the Red Sox in 2013, said remembering that rule can be tricky.

“You’re used to playing the game one way your whole life, and when they throw in these little changes, it’s different — especially stealing first base,” he said. “I can see how that might come into effect late in the game, but you’re not thinking that in the box. The ball gets by, you’re locked into your next pitch.”

Carp said he does not notice the larger size of the bases while running, but he can tell up close — and when a routine grounder clipped a corner of the bag recently and squirted away for a hit. The new bases are three inches closer down the line, and four and a half inches closer between first and second and between second and third.

“Bang-bang plays that occurred last year are probably being called safe today,” White said. “Stealing and getting more running in is one of the objectives baseball has. I think over time there will be a subtle but discernible effect.”

The ban on infield shifting has little effect in the Atlantic League, Gozzo said, because teams there get much less statistical data than they do in the majors. He said the ban on mound visits had been counterproductive, because pitchers lose a chance to refocus and often continue to struggle.

Pitchers also must contend with the two-strike bunt, which the Ducks’ D’Arby Myers tried — and fouled into the stands — before popping out against the Bees’ Devin Smith on Tuesday. The rule is another attempt to curb strikeouts.

“You’re going to see more of that, just trying to spoil two-strike pitches, or trying to get on base with two strikes when the hitters are in the hole,” Smith said. “I don’t personally like it, obviously. But for the hitters, it keeps you in the at-bat.”

The biggest adjustment for the pitcher, Smith said, is determining the vertical size of the strike zone. Most umpires do not call strikes as high as the rules specify, which Rosso defined as the midpoint between the chest and the belly button. The width of the zone is easy to see, Smith said, “because the plate is the plate.”

Yet a strict computerized zone seems bound to hurt pitchers who could effectively widen the plate when working with certain umpires. The nuance of the catcher-pitcher-umpire dynamic is gone.

“I enjoyed the relationship so much with home plate umpires: Who was it, do I get along with him, what do I have to do to get him to work with my guy?” said the former catcher John Flaherty, a YES Network analyst.

“The whole part of figuring out a strike zone was so much fun. Bob Tewksbury, with San Diego, said he needed to know within the first three pitches how far off the plate he’s going to go. And that was great — do we have an outside strike, do we have an inside strike? We always had something. Those days are over.”

So, perhaps, is umpiring as we know it. Rosso, 37, said the automated strike zone made it difficult for minor league umpires to stand out from their peers. He trained for a skill that is no longer needed.

“I think umpiring’s an art, and when you put science into trying to fix art, that’s going to be fallible, too,” he said. “I think the professional guys at the major league level are shooting 98 and 99 percent every night. I don’t know if a machine could beat that.”

There are still bugs. The plate umpire gets a cellphone equipped with the strike zone software, and for a few pitches Tuesday, Rosso’s phone lost its wireless signal. He motioned to the press box for the TrackMan operators, who quickly resolved the problem.

None of his solo calls were on borderline pitches, Rosso said, but if they had been, he would have been happy to defend himself or admit a mistake. He enjoys the accountability of being an umpire, he said. It is more fun to be the decider than the messenger.

“I work other levels of baseball that don’t have this machine, and I enjoy calling balls and strikes,” said Rosso, who also calls N.C.A.A. games. “I think it takes the enthusiasm out.”

Yet Rosso said that he was grateful for the chance to use the new system, and that he supports innovations that make the game better. Backman said the automated system already seemed more accurate and was bound to improve. Soon enough, he believes, it will be in place in the majors.

To Backman, the new rules are just an outgrowth of other recent changes, like eliminating dangerous takeout sides on the bases. He reveled in those plays, he said, even if he still has scars on his ankles from opponents’ spikes. Now baseball strives to make things as close to perfect as possible, from player health to balls and strikes. Backman understands there is no turning back.

“It’s a new generation,” he said. “If you don’t want to do it, then you just get out of the game. Because things are going to change — that’s obvious.” 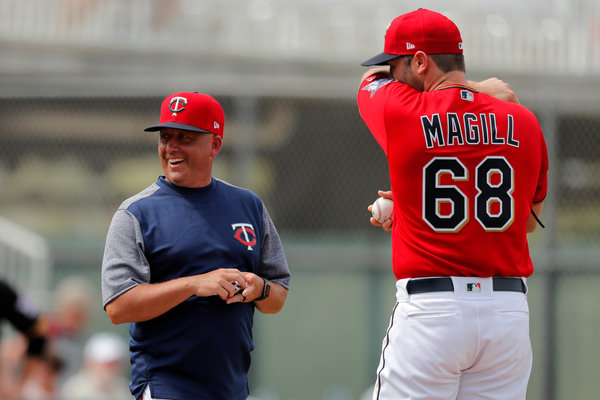 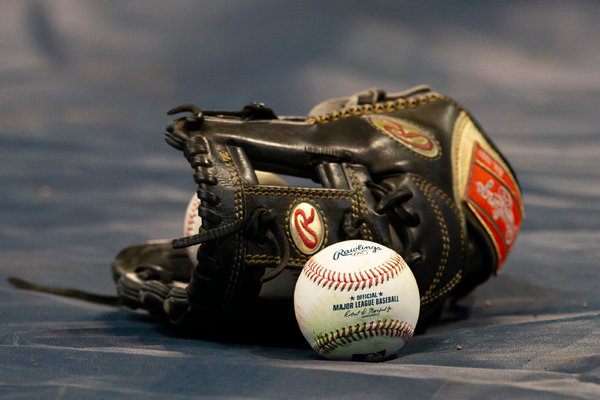