Star forwards Jack Darling and Josh Kennedy are firming to return from injury for West Coast's blockbuster AFL clash with Collingwood at the MCG.

The gun duo trained on Tuesday and are expected to push strongly for selection in Sunday's clash between the second-placed Magpies and third-placed Eagles. 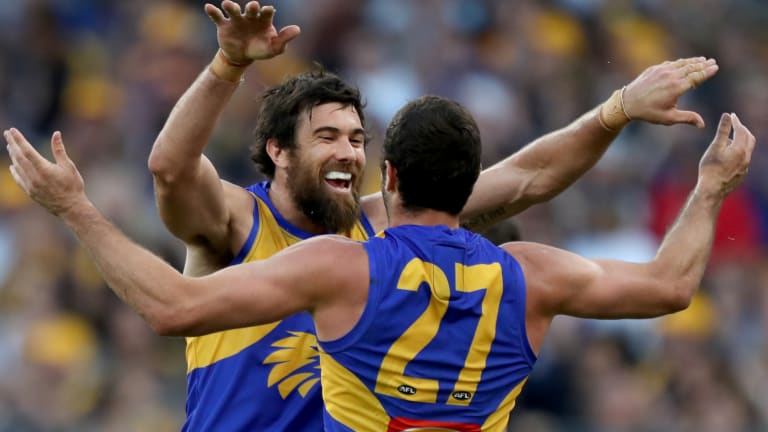 Arguably the form player of the competition in the first half of the season, Darling has been sidelined by an ankle injury for the past month.

Kennedy has missed the past three games with a knee issue.

The dual Coleman medallist expects Darling to face the Magpies and hopes to line up alongside him if he can prove his fitness later in the week.

"I'm pretty sure Jack's ready to go. He was training really well last week and was probably in contention for the game [against GWS]," Kennedy told 6PR radio on Tuesday.

"He's still got to get through a bit of training, just like me, but I'm pretty sure he's back in the action.

"Medically, I'm all good to go, so it's just up to the fitness staff now. I'll just do normal training on Thursday and have a few tests they want me to go through.

Liam Ryan will not be considered for senior selection but is set to play for East Perth in the WAFL as the club continues to investigate his early-morning car crash.

Coming off a hard-fought win over GWS, the Eagles will view Sunday's game as a massive chance to prove themselves on the big stage and bolster their chances of a top-four finish.

Collingwood's victory over Essendon extended their winning streak to seven but came at a cost with Will Hoskin-Elliott (shin) and Flynn Appleby (hamstring) added to an already bulging injury list.