Hammers under-18 coach Mark Phillips was one of thousands who met up over the weekend to walk through central London. 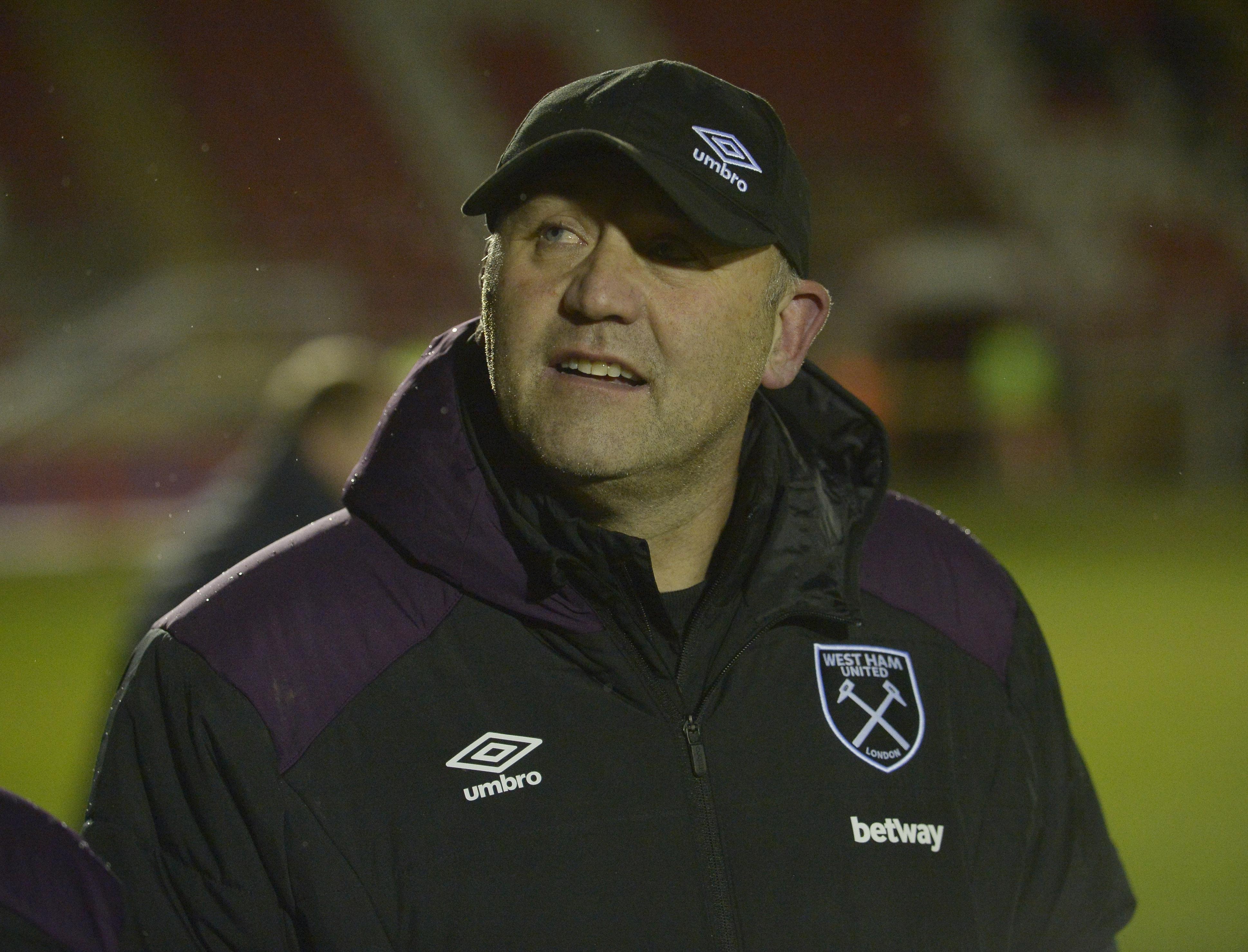 The DFLA march broke into violence when they were confronted by anti-racist groups determined to block their planned route on Saturday.

And West Ham have been left with questions to answer following Phillips' boasting of his involvement and support for the group in tweets which have now been deleted.

There is no suggestion Phillips had been involved in any disturbances, and attending the march in itself is not a criminal act in any way.

But having a coach linked to the organisation which is regarded as right wing and boasts of protesting against "thousands of AWOL migrants" and "returning jihadists" does not sit well with the values of a Premier League club. 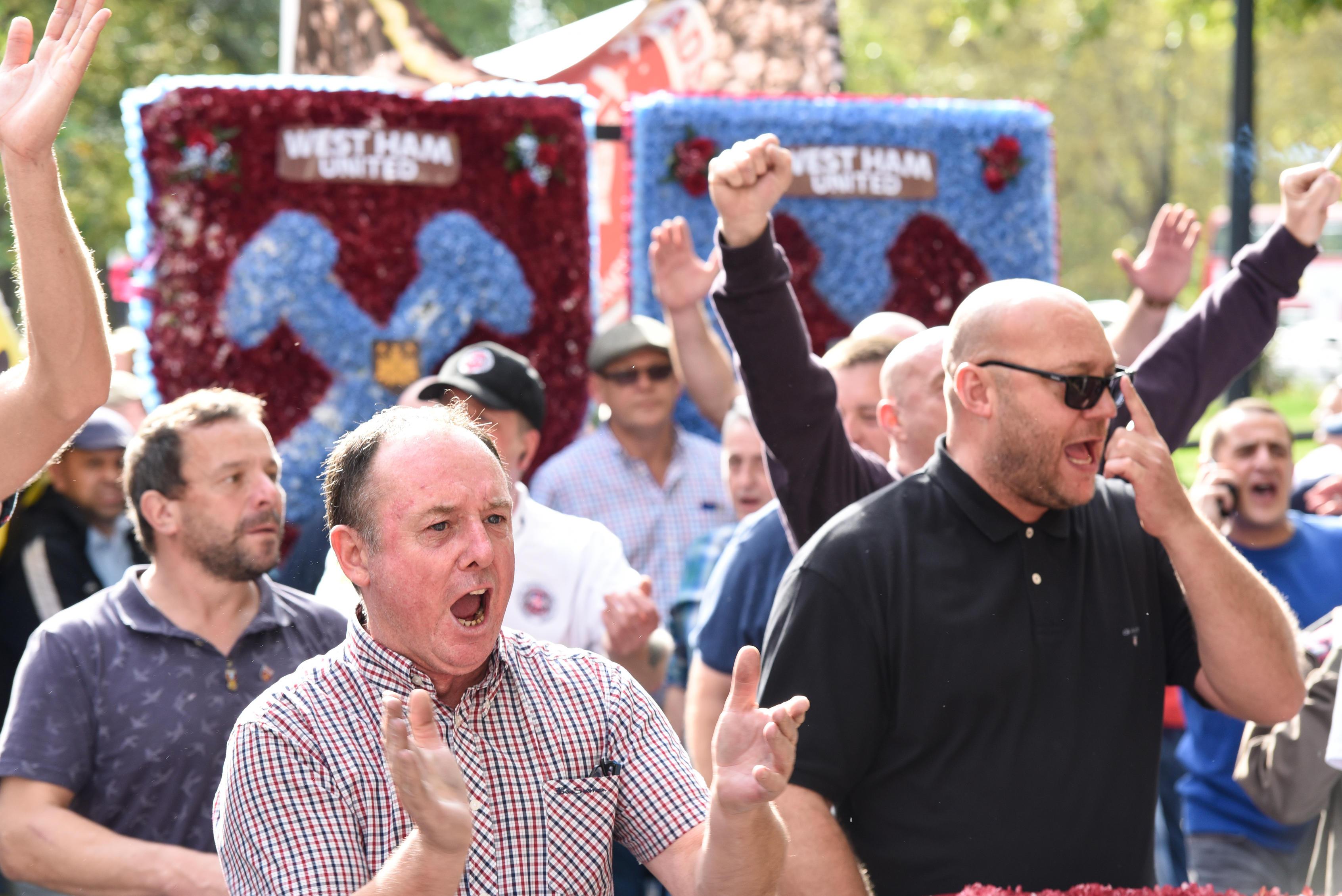 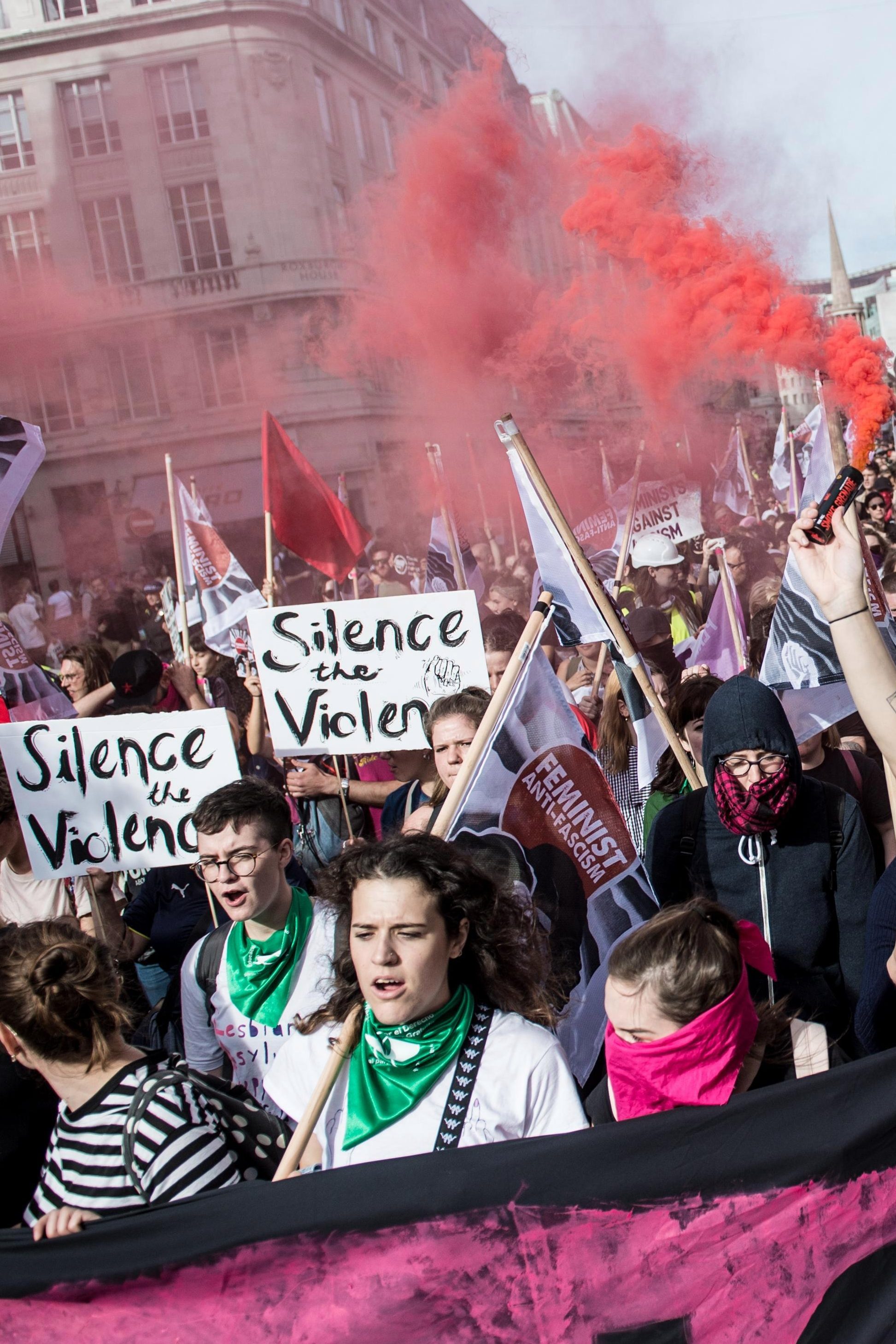 The DFLA have in the past faced allegations that members have links with far-right groups and been accused of spreading Islamophobia.

Phillips wrote on Twitter: "Good turnout as usual from the West Ham fans today in W1. Always the biggest. Fair due to Millwall as well good show south London.”

But Phillips wrote: “The police made a mistake by walking the peaceful football fans march into the aggressive Antifa group and not the other way round. Ask the police on duty for the truth.

"Admittedly there was a lot of EX football hooligans there. But their behaviour was non aggressive until ambushed by people hell bent on causing trouble.

"No matter how people look it’s there behaviour that counts. Ask your ex colleagues the truth.

“The football fans were sticking to the agreed route and Antifa chose to confront the march. They had there face covered up. We didn’t. Ask yourself honestly who instigated the trouble??" 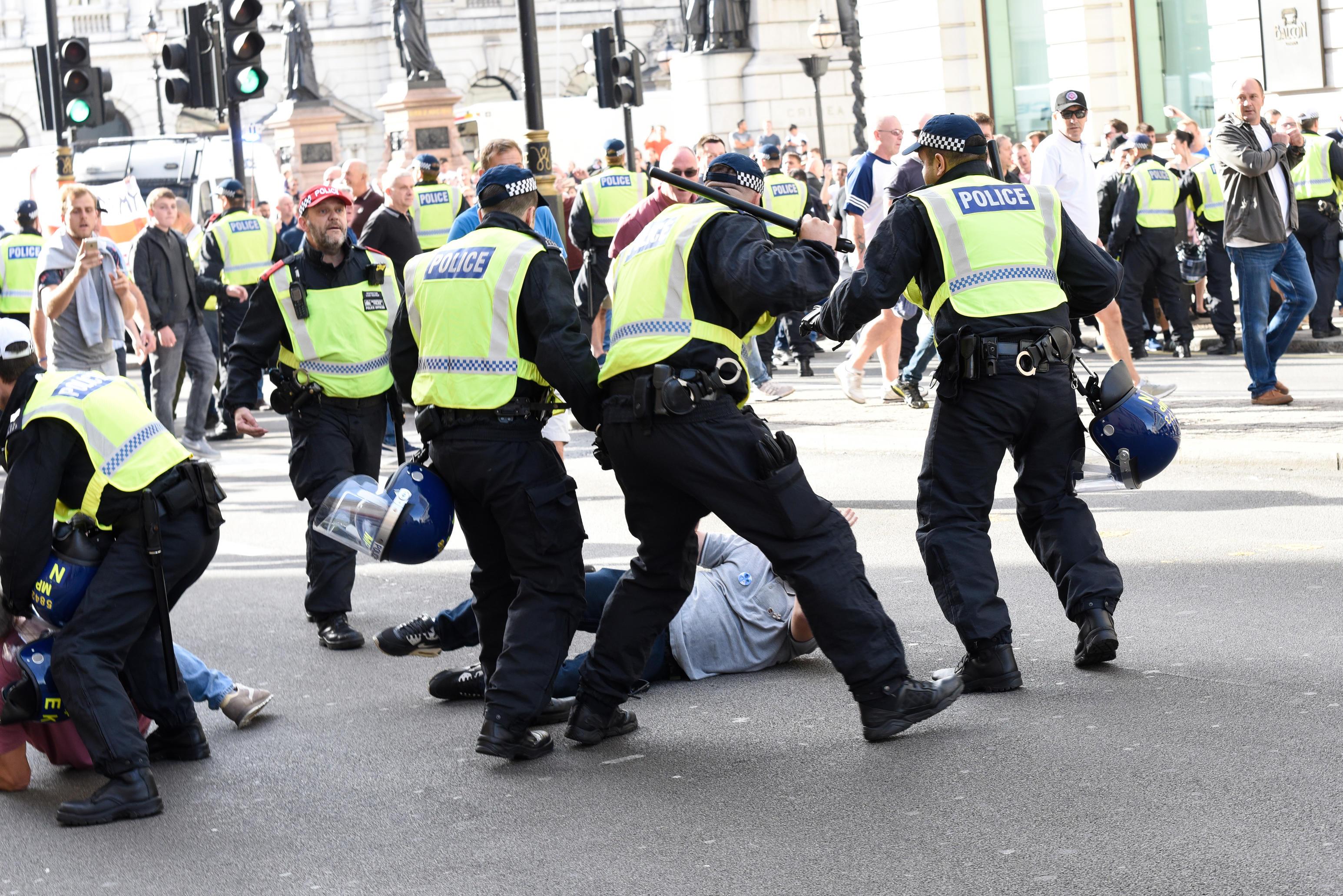 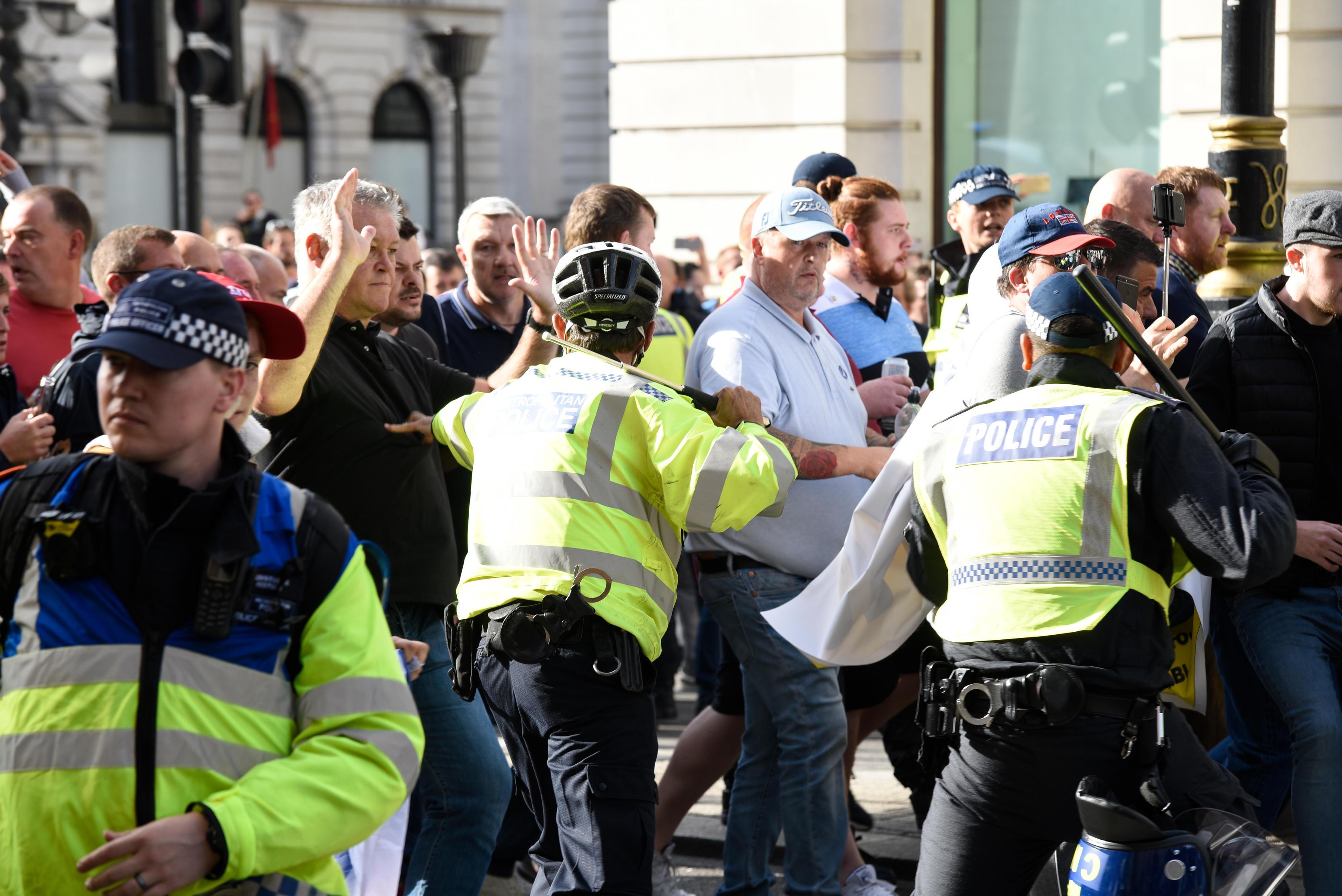 The news is a problem for West Ham less than a year after their head of recruitment Tony Henry was sacked following inappropriate remarks about African players.

"Regardless of gender, age, race, ability, religion or sexual orientation, every supporter within our diverse fanbase is warmly welcomed at London Stadium, free to enjoy watching their team play football without fear, discrimination or abuse.

"We have a zero tolerance policy to any form of violent or abusive behaviour.

"We continue to protect and cherish those values and we remain committed to ensuring that every single member of the West Ham family feels safe, respected and included.”