WEST HAM goalkeeper Lukasz Fabianski will only miss a "couple of weeks" as scans showed his hip injury is not as bad as first feared.

The goalkeeper, 34, limped off after just 13 minutes of the Hammers' 1-0 loss at Sheffield United with a recurrence of his muscle injury. 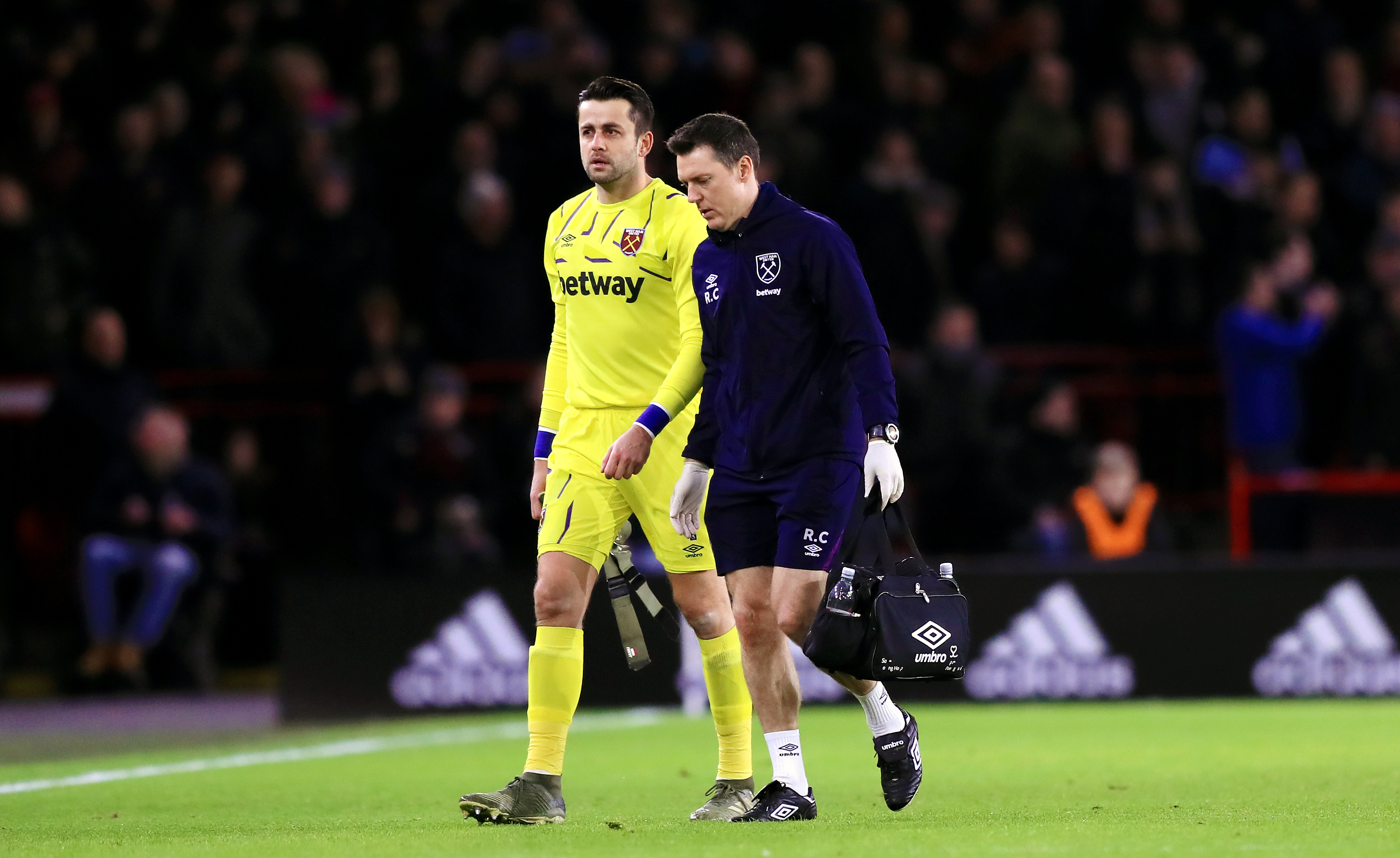 Fabianski missed three months with the initial knock sustained in September, with fans fearful he'd be sidelined for another long spell.

But West Ham's head of medical, Richard Collinge, has given supporters a boost after confirming the injury wasn't too bad, just minor inflammation.

Collinge said: “It is good news in the sense that Lukasz hasn’t aggravated or suffered any recurrence of the previous injury.

“The scan has showed some slight inflammation and irritation of scar tissue, which is quite common after surgery, and obviously the source of the discomfort he felt on Friday.

“We now just need to let the inflammation settle down and expect Lukasz to be available again within a couple of weeks.”

Fabianski has played ten times in the Premier League this season – keeping four clean sheets, including in the 2-0 win over Manchester United in September.

He is almost certain to miss this weekend's game at home to Everton – and the match in Leicester the following Wednesday.

After that, West Ham face West Brom in the FA Cup fourth round on January 25, before hosting rampant league leaders Liverpool on January 29.

After that, West Ham host Brighton on February 1 before heading to the Etihad to face Manchester City on February 9.