The defender, 19, has become a regular starter under David Moyes and has outperformed a number of West Ham's seasoned pros. 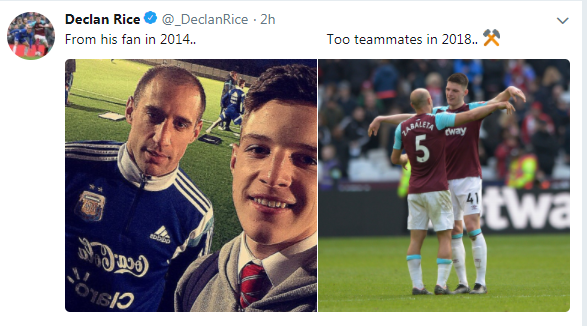 And he was able to reflect on his recent success by posting a pair of snaps of him and Zabaleta.

The first picture was of Rice, wearing a Hammers tie, and the former Manchester City star in 2014.

Zabaleta, 33, is wearing Argentina training gear, with their encounter likely to have been ahead of Argentina's 2-1 friendly win over Croatia at Upton Park in November of that year.

Lionel Messi, Angel Di Maria, Carlos Tevez and Sergio Aguero were among the stars to take on the Premier League side's Under-21s in a training match at their Rush Green base. 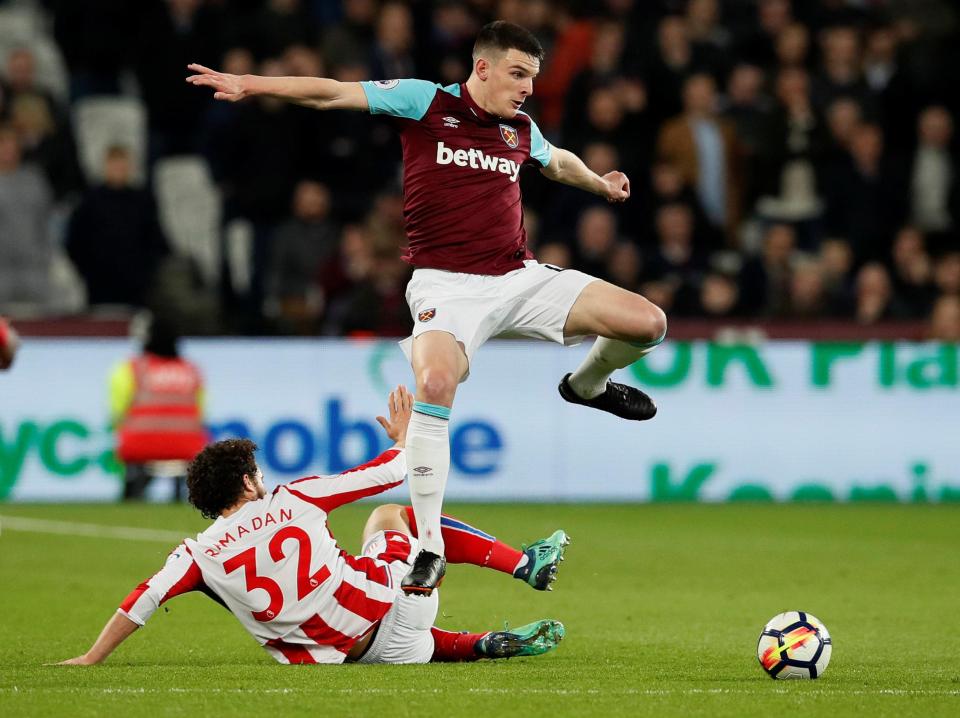 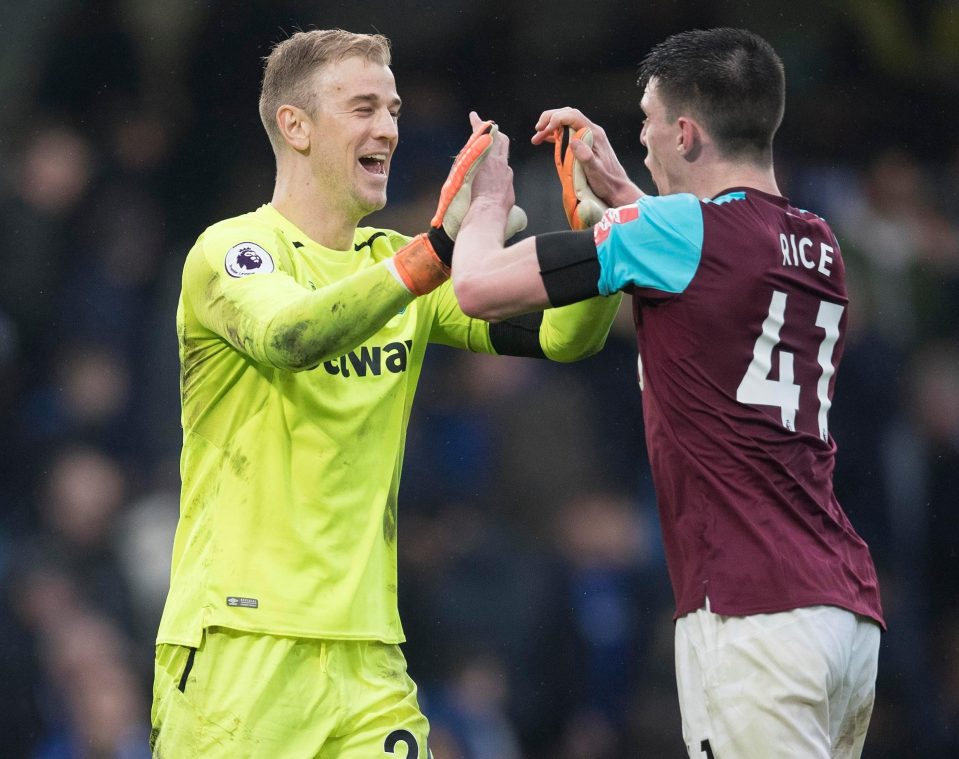 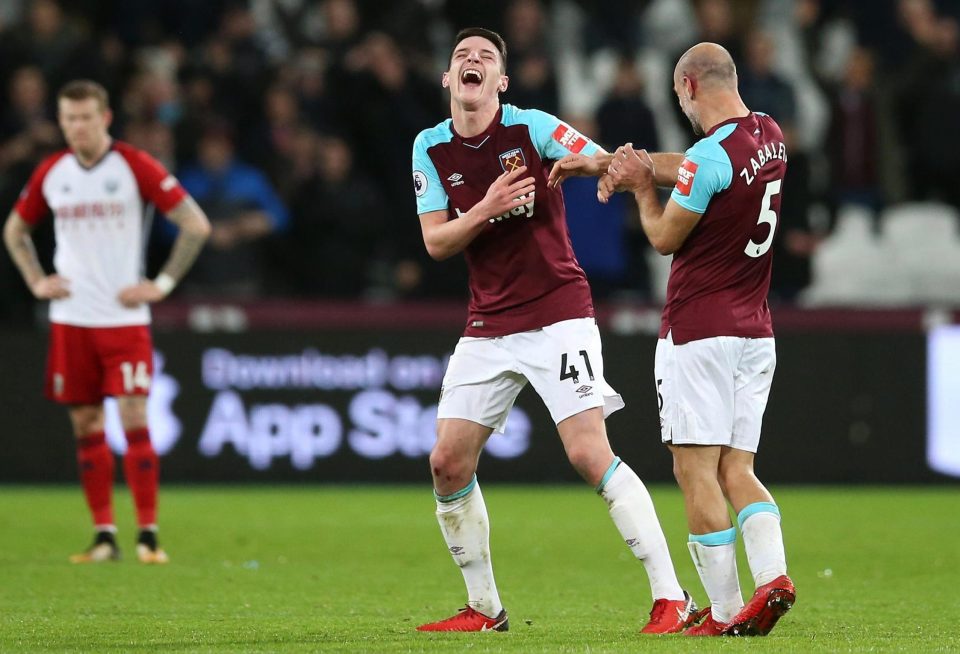 Rice, who would have been 15 at the time, then got a picture with Zabaleta and described himself as "his fan".

Four years on and the duo are playing alongside each other in the Hammers' defensive line, with Zabaleta having joined them on a free transfer from City last summer.

Rice, who made his Republic of Ireland debut this year, impressed in a 2-1 defeat to City in December and was has chalked up another nine Prem starts since.

The last of them came in Monday's 1-1 draw with Stoke, which helped Moyes' side inch closer to safety.