The new West Melbourne consortium is aiming to make a huge statement in its first A-League season – by challenging for the title and signing at least one big-name star as a marquee player.

Steve Horvat, one of the trio of men who put the bid together and a former Socceroo defender, is  interim football director for the fledgling club.

At the new entity's first media conference on Friday morning he made it clear that the club had lofty ambitions – especially where a big-name signing to woo new fans was concerned.

''We are looking at Alessandro Del Piero levels. We know we have to make an impact straight away and we have got that built into our budget,'' he told journalists. 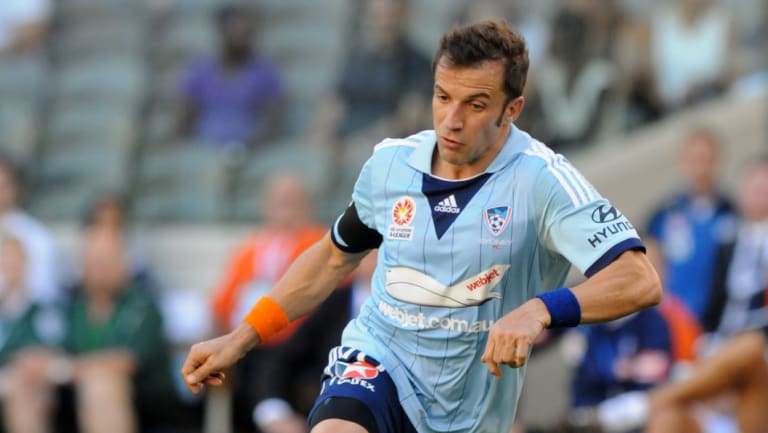 The new Melbourne team wants to sign a player of the stature in the game of Alessandro Del Piero. Credit:AAP

Horvat and his group are in a race against time to get everything ready to kick off in season 2019-20 but he is optimistic that West Melbourne will be up and running and competitive.

He pointed out that Western Sydney Wanderers had even less time – barely six months – to get their act together, yet they made the grand final in the first season.

The club will also follow the Wanderers' playbook in getting fans involved in key decisions about the club, asking for input on name, colours and other signifiers.

''We have done that already, we did that at the fan forum (in August) and we have been running these campaigns for the best part of four months on our social media platforms, and we have also been running a poll on our website.

''We have got hundreds if not thousands of potential names, we have already got the potential leading candidates for colours.

''We are really keen to spend January getting out and doing some more of these forums, going out to the regional area, hopefully sooner rather than later locking in name and colours.''

Horvat said the uncertainty over knowing whether they had a licence had prevented them from locking in a coach – but a number of key personnel had been lined up.

''I am the interim football director, whether I will be long term we don't know

''We have spoken to coaches, players and people but you can't take the next step because your hands are tied.

''We didn't have a month to roll out appointments. If we did we would be rolling out the coach here today.

''Ultimately if we can, by mid to late January, be announcing colours, either having a signing there or a coach, that's our ultimate aim.

''Wanderers had six months, we are confident we can do it.

''Some announcements will happen very quickly as they are the people we have been talking to.''

Horvat said that the appointment of a head coach was crucial to set the culture for the club, but that he didn't have to be a local person. 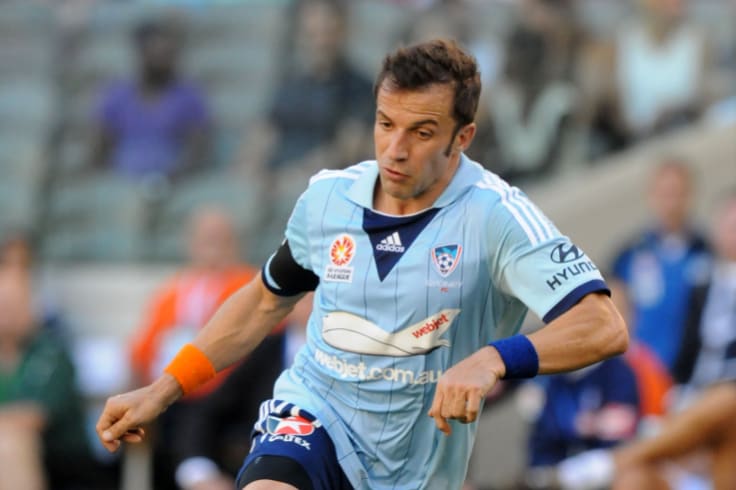 The new Melbourne team wants to sign a player of the stature in the game of Alessandro Del Piero. Credit:AAP

''There will be appointments within the football department that really understand the local game, people who know whose playing where at the local clubs around the country.

''I think the head coach is really important to set the culture of the club.''

Horvat says that the club has set its own targets for its planned $150 million new stadium, and that it wants to fast-track its development.

''We want, at the very latest, to be playing our first game there at the start of season three.
It's an ambition that's easily doable.

''There’s no overlays, we own the land, we can do a deal straight away. We don’t need to go back for (major) planning approval. There are certain planning levels that you need to get through with state government, but with the reception I’ve already received from the state government, I don’t see there being any problem getting them fast tracked

''The funds are ready. We can start turning dirt the minute we get a permit. That's a really big important factor that the FFA took into consideration.

''They were concerned about somebody playing for four or five years in a temporary venue. We said to them no, that's not our intention.''

The Wyndham Council have granted the land to the consortium and are in partnership with West Melbourne Group, but Horvat would not reveal others in the consortium who were also investors alongside himself, soccer entrepreneur Lou Sticca and KPMG partner Maurice Bisetto.