Sealed with a kiss… Lee Westwood celebrates second-round 67 at The Open by having smooch with caddie girlfriend Helen Storey as he reveals: ‘She doesn’t know too much about golf but she knows the way my mind works’

Lee Westwood celebrated his Open second-round 67 by sharing a kiss with his caddie girlfriend Helen Storey.

The British star split with his former bagman Billy Foster last year and he has been going well since appointing Storey to the role.

She is a fitness fanatic who works as a consultant but seems to have the magic touch when working with Westwood. 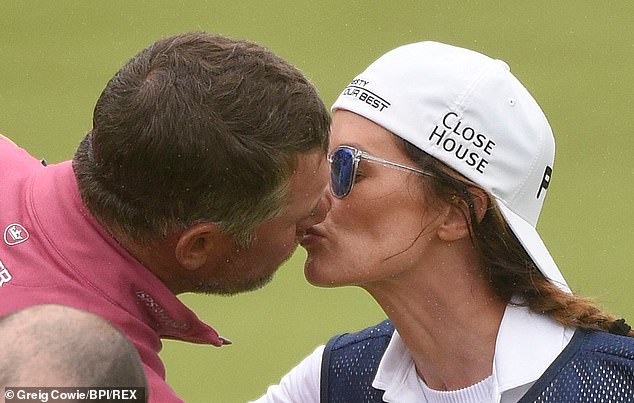 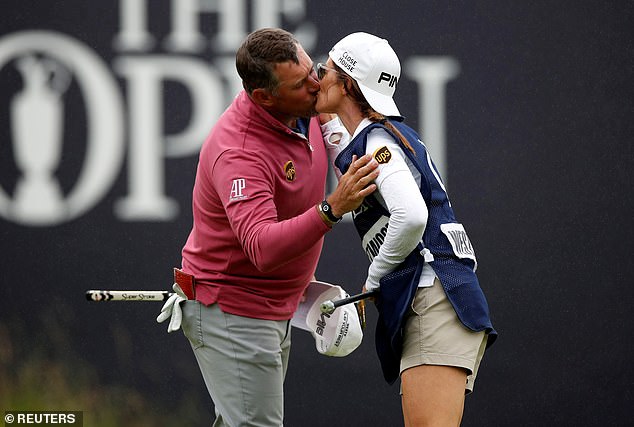 He is now seven under par at the British Open in Royal Portrush and there was a touching moment on the 18th after he finished another brilliant round on Friday.

After rolling one in for par at the 18th and he lent in for a quick peck with Story. After the round he said: ‘Helen said she’d love to do it and I said I’d love her to do it, so that was a very easy decision.

‘It’s no mean feat carrying that golf bag around, especially in this weather, because it is fully loaded. I don’t give her an easy break or anything!

‘She’s delighted to be caddying at a major because she doesn’t have to rake the bunkers and get sand on her trainers! 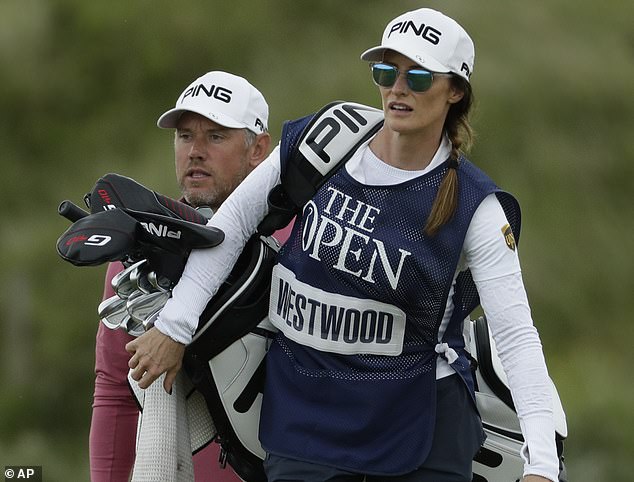 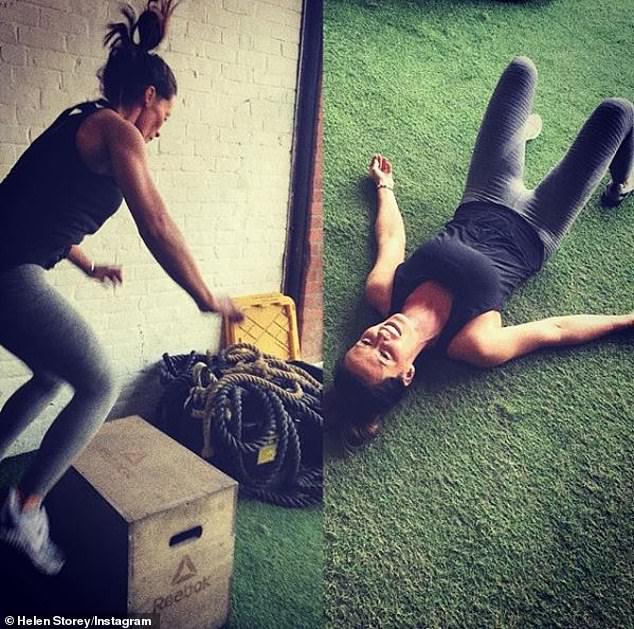 ‘Obviously I get on well with Helen. She doesn’t know too much about golf but she knows a lot about the way my mind works, so she keeps me in a good frame of mind, and keeps me focused on the right things at the right times.

‘There’s more to caddying than working out the yardages and checking the wind.

‘I enjoy doing all those things myself. I have to get things clear in my own mind.

And Westwood went on to reveal just what kind of conversations he and Storey have on course when the pressure is on.

‘You’d be surprised the sorts of things we talk about out there; dinner, where we’re going to eat tonight, when we’re going on holiday – whether there’s a nail file in the bag!

‘Our favourite one was the first week she caddied for me, I took out a divot so big that when she put it back she said ‘I hope there’s not a worm in there’.’

‘I’m playing well, I’m more relaxed,’ said Westwood. I literally don’t care. I just go out there and have fun. I’m 46 and still competing with these young lads. There’s no pressure on me. If you play well you get yourself chances at majors.

‘But there’s too much ground to cover before Sunday night before any of that, there’s a long way to go. 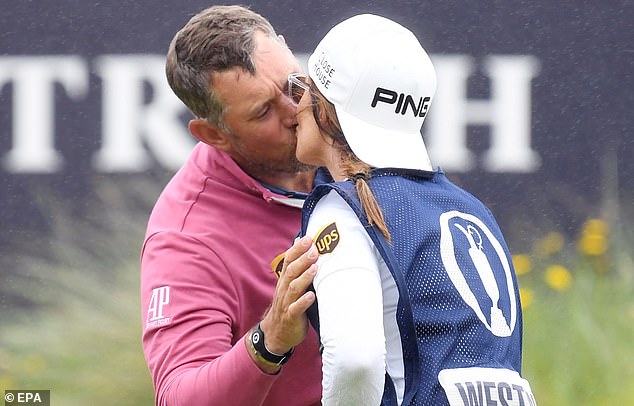 His caddie seems to be a lucky charm so far since the 46-year-old appointed Storey and they both broke down in tears after he claimed £1million for victory in South Africa in the Nedbank Challenge.

The former world No 1 began a relationship with Storey after entering a divorce with former wife Laurae Coltart, with whom he has two children.

Westwood is just one shot off the lead at The Open as Shane Lowry and JB Holmes have set the pace with eight under par.

Perhaps Storey will help the Brit end his 26-year wait for a major prize if he can continue his sublime form over the weekend.