THE first big jumps race is upon us, with the Charlie Hall Chase set to light up a dreary Saturday.

Wetherby's whole card is electric, and we've had a detailed look at each race. 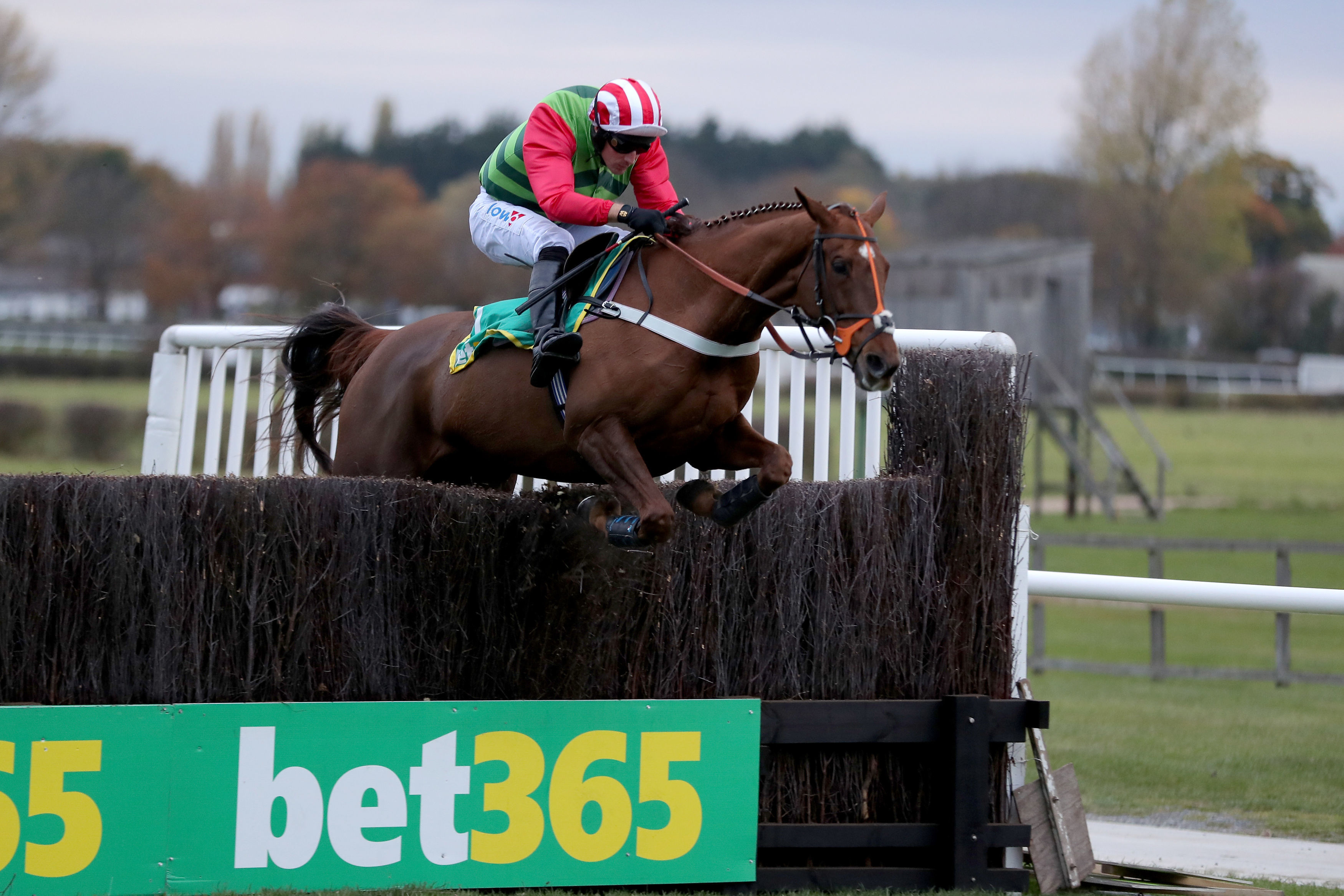 A fiendishly tricky start to the card, with almost all the runners holding claims.

CHASE THE WIND must have a massive chance after his defeat of a subsequent winner at Huntingdon last time out.

Joanne Foster's veteran was up with the pace all the way that day, and if afforded a similar time at the head of affairs now he'll be hard to beat.

He was rated much higher than 113 in his prime and should have plenty more in hand of the handicapper.

Nightline won when last seen at Bangor in May 2018, and returns off only 2lb higher here.

However, he needs to prove his fitness for Charlie Longsdon, whose horses aren't flying quite as usual for this time of year.

Late Romantic was in decent form when last seen and could benefit from a wind operation, while Justforjames has a fitness edge on most.

Newtown Lad and Global Dream are others with a big shout of making the frame.

WEST TO THE BRIDGE shaped as though he might need the run last time out and now he's stripped fitter, could be the answer to this.

Dan Skelton's six-year-old was decent over hurdles but his future was always likely to lie over the bigger obstacles, and he should relish this step up in trip.

A mark of 125 looks more than fair given he bolted up over hurdles when rated 124 and he can take this on the way to better things.

Cougar's Gold won at Uttoxeter on heavy back in March and will love the rain that's fallen recently.

He was a fine second second at Exeter last time on his seasonal reappearance and should be raring to go now, though he's quite exposed over this trip.

It could well be between the two of them, with Kapgarry likely to struggle a bit in the ground and Oak Vintage holding no secrets from the handicapper.

Just Don't Ask and Valhalla are likely to need the run, though Manwell could run well if a wind operation has the desired effect.

SELECTION: West To The Bridge

A tricky little race that sees the return of the admirable and durable LADY BUTTONS.

Philip Kirby's mare is as consistent as they come and should be able to land another win here, with her Grade 2 victory at Doncaster last season the strongest form on offer.

She's a very strong traveller who'll have no issues with the ground and goes well fresh.

Vision Du Puy has just her second start for Dan Skelton, having bolted up at Auteuil before emphatically winning a Perth maiden.

This is a big step up in grade but Skelton doesn't tilt at windmills and she's sure to know her job even after a break from the track.

She's beautifully bred and is likely to have plenty more to come as a four-year-old, though this could come a little soon.

Indefatigable produced a massive run behind Lady Buttons at Doncaster last season but will need to find a little bit more at this level now, for all that she gets weight.

Zambella could be anything for the Twiston-Davies clan, having won two races in the French provinces.

Diamond Gait and Smaoineamh Alainn aren't without chances towards the bottom of the market.

Thebannerkingrebel has already shown himself to be a very smart horse, with novice hurdle wins at Warwick and Newton Abbot over the summer.

Rated 132, he'll be very tough to beat even under a double-penalty, but this could go the way of OLD JEROBOAM.

Charlie Longsdon hasn't exactly hit the ground running this season but he has quite an exciting horse on his hands here and it would be disappointing if he didn't go close at least.

He got the better of a decent prospect in a competitive race at Worcester last time and could well make it four from four.

Multellie wasn't a star on the Flat but he was decent enough and showed some good speed to win at Carlisle last time.

He was unfancied there at 25/1 but clearly has a future in this sphere – though this is a tough race in which to carry a penalty.

A small but select gathering of old favourites for this, and UNOWHATIMEANHARRY looks the one to be with.

Although the wise old age of 11, he produced a fine performance at the back-end of last season to land the Grade 1 stayers' hurdle at Punchestown and is certainly not done with yet.

You can be sure Harry Fry will have him raring and ready to go for this, and it's a much weaker contest than most he contested last season.

He can shrug of a penalty and get the better of some inferior rivals.

Ballyandy hasn't got a lot to find on ratings but he needs to prove himself over a staying trip – and this is a tough enough contest in which he has his first crack.

At his best he'd have a big chance but his performance in the Silver Trophy wasn't fantastic and this is a tougher race.

The Worlds End has spoonfuls of talent but struggles to put it in and it seems a long time since his last victory in December.

He reverted to hurdles on his final start last season and is again back over the smaller obstacles here, but he needs to show more before he can be picked.

Le Breuil is an interesting contender given he is a proven stayer, but this is likely to be a prep run before bigger contests later in the season.

Much of the talk pre-race has been about La Bague Au Roi, and it's easy to see why.

She won four of her five starts over fences last season, jumps for fun and is 2/2 at Wetherby.

Warren Greatrex has talked her up no end and she gets weight from every runner bar one, so has obvious claims.

However, this is her first crack at open company and given she struggled at this level over hurdles, she may just find one or two too good.

Last year's winner Definitly Red is back for another go and there's little doubt this will be his big target.

This looks a tougher test though, and he could be vulnerable – for all that Brian Ellison is in fine form.

Aso needs to prove himself over this sort of trip and could well tire in the closing stages given this is his first run of the season, while Elegant Escape has a chance if this becomes a test of stamina.

Philip Kirby's Wetherby specialist has won both chase starts at Wetherby by an accumulated 81 lengths and although this is clearly a different kettle of fish, he's very smart under these conditions.

If he can nab an easy lead then it'll take a good one to stop him.

A tricky finale that can go the way of ROMEO BROWN.

He's one of a few horses in this race to have any sort of recent form and that could just make a massive difference.

The ground has come right for him and he doesn't look handicapped out of things just yet, so he should run a big race.

Near Kettering was last seen finishing down the field in a couple of Flat handicaps but he'd previously put up a commanding performance over hurdles and could well have more to come in this sphere.

Informateur and Montanna are others with claims.