The British boxer used to hold the WBC cruiserweight title and drops down a weight division after twice beating David Haye at the heavyweight. Bellew has said that he will retire whatever the outcome. 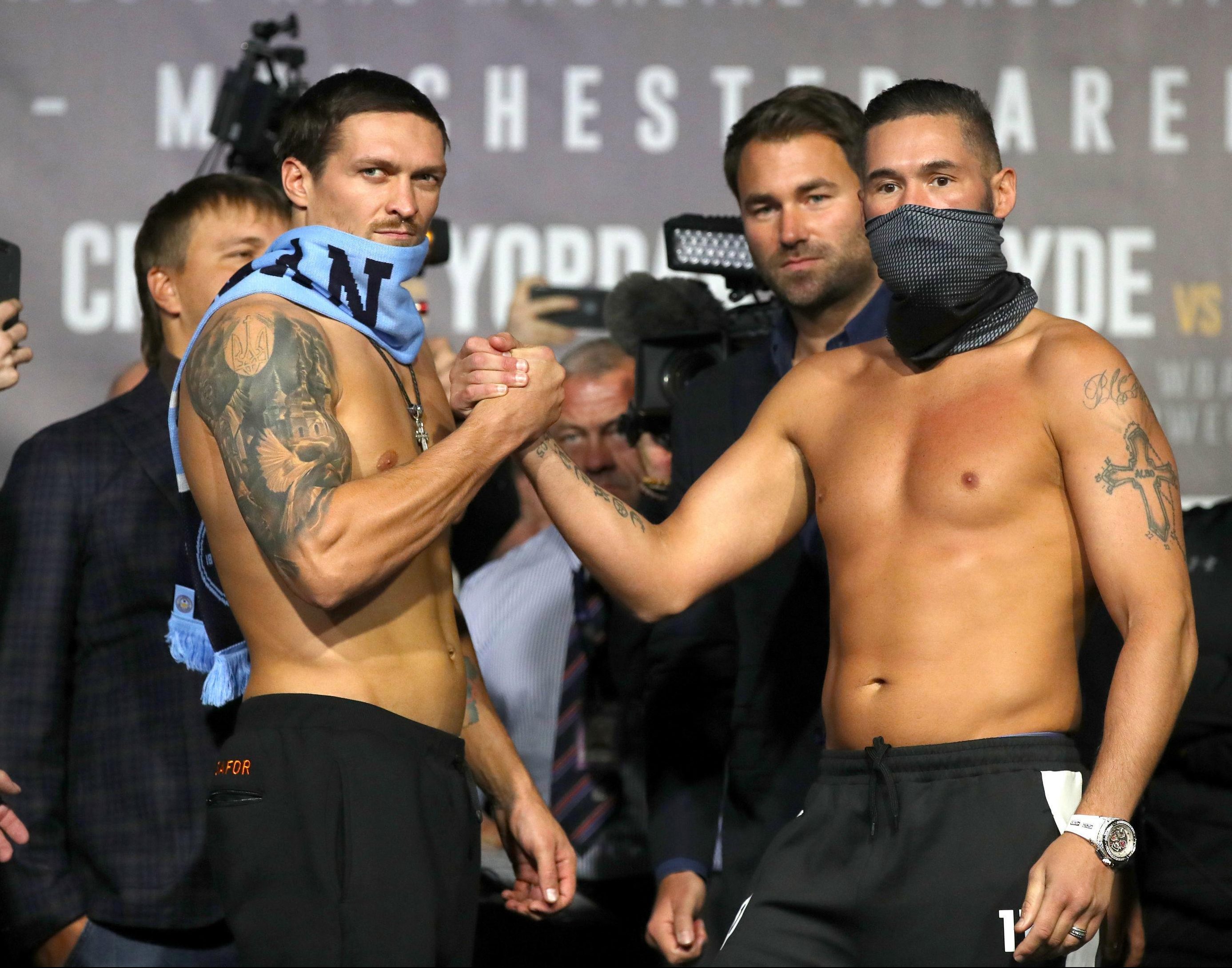 When is the fight and what time does it start?

It will be held TONIGHT – November 10 at the Manchester Arena.

Coverage on Sky Sports Box Office will start at 6pm.

The main event expected at around 10.30pm, though this depends on the length of the undercard bouts.

Follow ALL of the live updates with SunSport's fight night blog from Manchester.

You will be able to watch the fight live on Sky Sports Box Office on TV and online.

What did the fighters weigh?

At Friday's weigh in, Bellew weighed in at 14st 3lbs 5oz with world champ Usyk tipping the scales slightly lighter at 14st 2lbs.

It is the first time in two years that former cruiserweight world champ Bellew has weighed under 200 pounds, since he beat BJ Flores in 2016.

Hometown favourite Anthony Crolla is in action as is fellow ex-world champ Ricky Burns on a stacked bill.

Tale of the tape 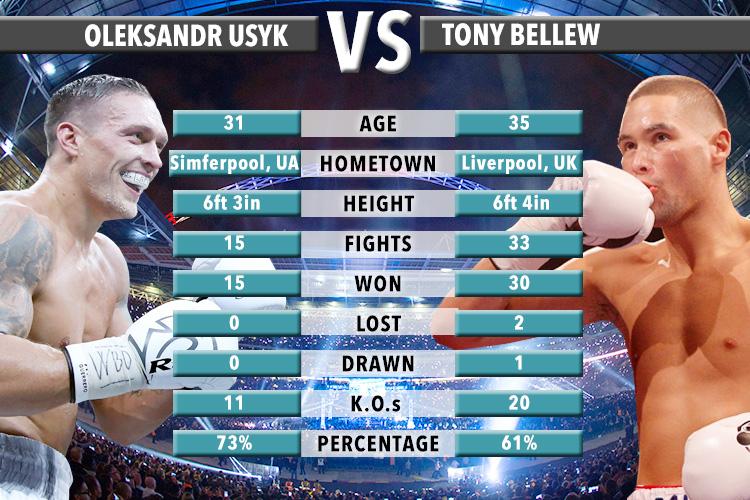 What have the fighters said?

Bellew: "The sooner I stop, maybe the better because I'll fight anyone – King Kong, if I was allowed I would.

"I've had an exit strategy planned for quite a while now.

"If I don't stop now, my wife will divorce me after four or five months and that's not the plan."

Usyk: "One reason we have agreed to fight Bellew is to get to [Anthony] Joshua.

"It is exactly part of the strategy and why we have this co-operation with Eddie Hearn [Bellew's promoter].

"He has Tony, he has Anthony, he has Dillian Whyte and a couple more heavyweights. It's the best way, the shortest – not the easiest – way to fight Anthony."

Who is Oleksandr Usyk?

The southpaw boxer from Simferopol, Ukraine, won heavyweight gold at the London 2012 Olympics, the same year Anthony Joshua won in the division above.

And the cruiserweight, nicknamed 'The Cat', made his professional bout in 2013, beating Felipe Romero.

Since then he has demonstrated his incredible power, claiming the WBO belt in just his tenth fight.

After two defences, Usyk entered the World Boxing Super Series, where he claimed the WBC title in the semis.

He went onto unify the division, along with lifting the Muhammad Ali trophy, in the final – his last fight to date.

The Ukrainian's record currently stands at 15-0 with 11 knockouts, while also ranking as the fifth best pound-for-pound boxer in the world at the moment.