Roger Goodell began his tenure as commissioner of the N.F.L. in 2006 declaring that disciplining the league’s 2,000 players for their transgressions would be a priority. True to his word, the number of suspensions and fines rose, and it remains high relative to what it was.

Disciplining owners, though, has been more complicated. As with players, the N.F.L. constitution gives the league commissioner broad authority to penalize owners for “conduct detrimental to the welfare of the League or professional football.”

But while the players essentially work for Goodell, and have little leverage to influence his decisions, Goodell works for the owners, and those owners include Robert K. Kraft of the Super Bowl champion New England Patriots.

Kraft, 77, was charged on Friday with two counts of soliciting sex as part of a wide-ranging investigation into prostitution and human trafficking in Florida. The police in Jupiter, Fla., used video surveillance that showed Kraft inside a massage parlor that, the police said, was used for selling sex.

In a statement, the Patriots “categorically deny that Mr. Kraft engaged in any illegal activity.”

However the case is resolved, the episode is an embarrassment to a league that likes to portray itself as a pillar of moral rectitude but that has struggled to shake an image that its players, employees and owners treat women poorly.

The league has been rocked by a host of domestic violence scandals. Cheerleaders have detailed how they were exploited by their teams. Last year, Jerry Richardson, the former owner of the Carolina Panthers, was fined $2.75 million after an investigation confirmed claims that for years he sexually harassed employees.

If Kraft is found to have committed a crime, even a misdemeanor, Goodell will be under pressure to penalize him to compensate for the embarrassment the league has suffered. How he treats the matter will provide an illustration of the dynamics of power at the highest ranks of the league and show the lengths he will go to appear to treat players and owners equally before the expiration of the current labor deal two years from now. 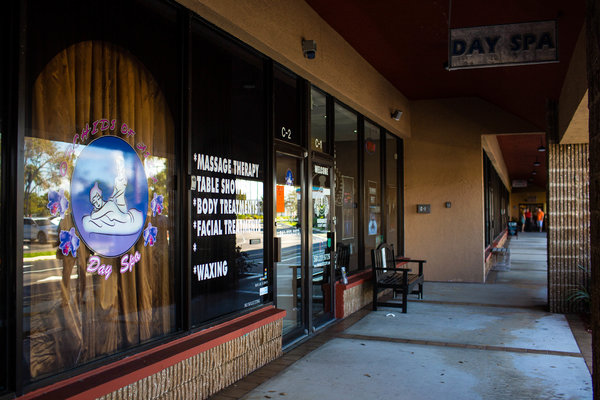 That said, the N.F.L. includes its share of misfits and wayward sons, and from time to time, the patriarch, or, in this case, the commissioner, has to dole out justice. How much justice often depends on the stature of the owner, the offense he or she committed and any past transgressions.

Some cases are straightforward. When Edward J. DeBartolo Jr., the former owner of the San Francisco 49ers, pleaded guilty for failing to report a felony arising from a gambling fraud and extortion case, few were surprised when the commissioner at the time, Paul Tagliabue, fined him $1 million and suspended him for the 1999 season.

Jim Irsay, the owner of the Indianapolis Colts, who has a history of substance abuse, pleaded guilty to driving while impaired, and was promptly suspended for six games and fined $500,000 for violating the league’s personal conduct policy.

Kraft’s case is more complicated. He was charged with two misdemeanors, and those charges may be reduced or dropped as charges of soliciting a prostitute often are. Kraft is not married. His wife, Myra, died of cancer in 2011.

Hugh Culverhouse Jr., who was involved in league matters when his father owned the Tampa Bay Buccaneers and who practiced federal criminal law for 30 years, said Goodell would most likely wait to see if the charges against Kraft were dropped, and then might only issue a fine.

Even so, he suggested Kraft was likely to be treated with kid gloves because he is among the most powerful owners. Kraft also sits on the compensation committee, which determines the size of Goodell’s paycheck.

“He essentially could be sanctioned for bad taste,” Culverhouse said. “It will come down to embarrassment.”

In a statement, the N.F.L. said it is “aware of the ongoing law enforcement matter and will continue to monitor developments.”

At the very least, the commissioner will have to appear not to have one set of rules for players and another for owners. There are differences, though. Player penalties are negotiated by the players’ union and the league and included in the collective bargaining agreement.

The league’s constitution says Goodell can suspend or fine an owner (for no more than $500,000), or both. A suspended owner cannot go to the team’s training facility or stadium.

If warranted, the commissioner can refer the matter to the entire group of owners, which can vote to impose additional penalties.

That is unlikely to happen in Kraft’s case. Jodi Balsam, who was a lawyer at the N.F.L. and now teaches at Brooklyn Law School, said the league often waits until legal cases are resolved before penalties are assessed. Prostitution cases are often adjudicated quickly, she said, though this case will receive more scrutiny because it is part of a human trafficking investigation.

“If he is convicted, that would seem to bolster the case for commissioner discipline,” she said. And “even if he escapes criminal penalty, the league can conduct its own investigation and decide to penalize him.”

Goodell and the Patriots have butted heads before, over Spygate, in which the Patriots were found to be filming their opponents’ sideline to steal signals, and Deflategate, in which a league investigation determined it was most likely that the team had deliberately deflated footballs in inclement weather so players could grip the ball better.

Kraft didn’t hide his anger about the penalties his organization received in those cases. This one, of course, is different.