After a finals series of thrillers, Box Hill yet again dug deep on Sunday, running down Casey to claim the VFL premiership.

The Hawks trailed at every change on Sunday but kicked three goals to none in the final term to secure a 10-point victory in the grand final at Etihad Stadium, denying retiring Melbourne veteran Bernie Vince a farewell premiership. 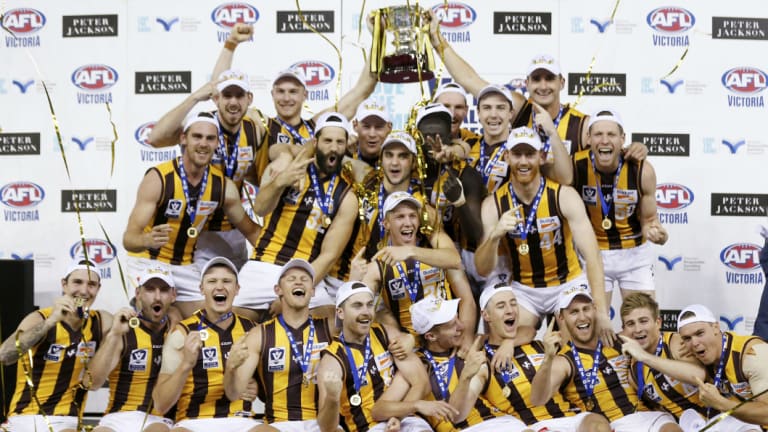 Tom Bugg had 24 disposals and kicked a goal for the Demons, while Bayley Fritsch – axed for Melbourne’s AFL preliminary final – responded to his omission with 20 disposals. Vince had 19 disposals but missed crucial shots at goal, finishing with 0.3. 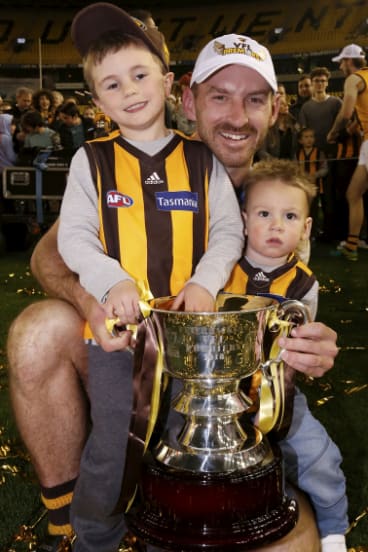 Box Hill’s first premiership since 2013 was won the hard way. The Hawks finished sixth and advanced via an extra-time thriller against Port Melbourne in the elimination final, and a one-point preliminary final win over Williamstown.

When the players received their premiership medals, the biggest cheer was reserved for Hawthorn veteran Brendan Whitecross. The fan favourite had been denied premiership success in any of the Hawks’ four flags over the last decade, or Box Hill’s 2013 triumph, due to a mixture of injury and selection.

The Queenslander was rapt to have finally broken his duck, celebrating with wife Kelly, children Cody and Harvey, and father Phil.

“It’s really special, because [my family] have ridden the bumps pretty hard with me over the last five or six years, through knee reconstructions, missing out on finals, the ups and downs of not being selected and not playing a lot of VFL footy,” Whitecross said. 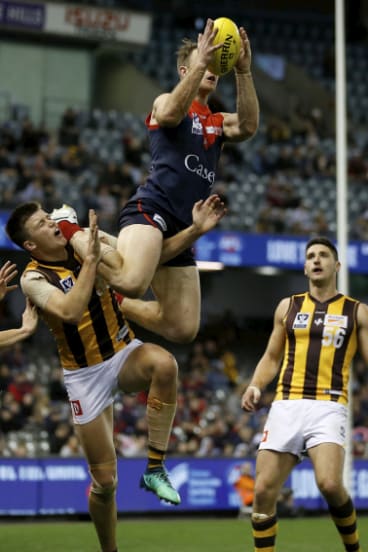 “It means a lot. Not just the personal side, getting one but the growth in our group this year has been second to none.

“For them to show the composure, keep their heads under pressure, and get the job done at crucial moments has been really impressive, and something I’ve enjoyed watching.”

Whitecross is hopeful of being offered a contract at Hawthorn for 2019 but will need to wait and see over the coming weeks.